Is Warren Buffett Making a Shocking Change In His Investing Strategy?

Last month, Warren Buffett celebrated his 90th birthday. It was a momentous occasion. Almost certainly a time to reflect on a life that’s been profound and inspiring.

For over half a century, the Oracle of Omaha has proven himself to be a razor-sharp investor. His company, Berkshire Hathaway [NYSE:BRK.A], has delivered a return of 20.5% every year. It’s an extraordinary legacy. 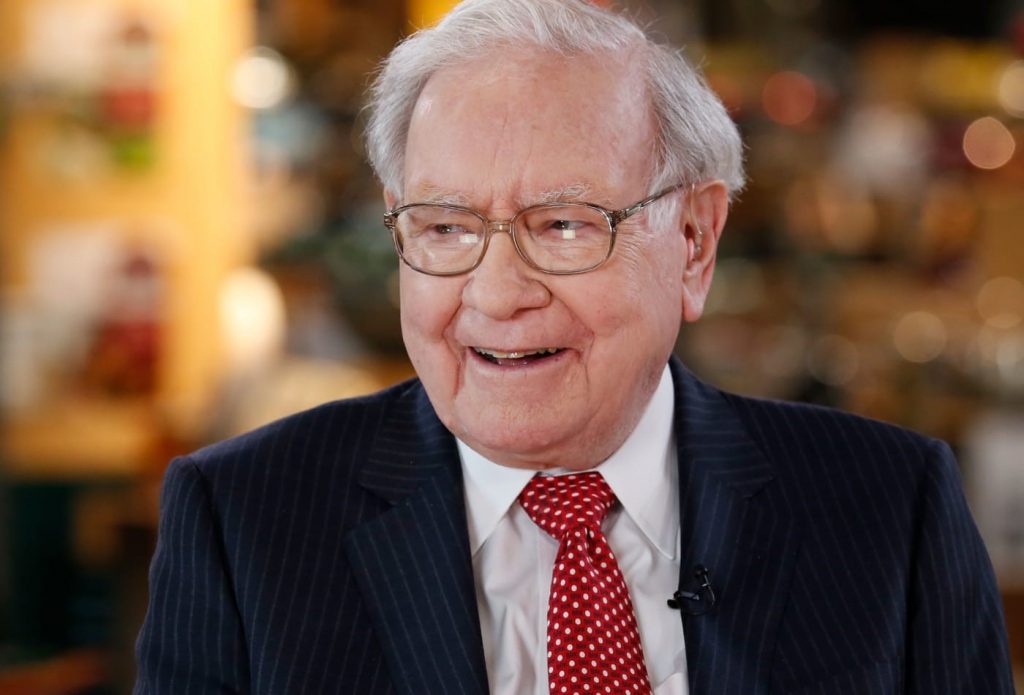 However, as I mentioned in my previous article on the subject, there’s been dissatisfaction brewing among younger investors. They think Buffett’s long-term strategy has been too timid, too cautious.

It’s not hard to see why.

From the start of his journey, Buffett has been a strong advocate of value investing. His philosophy can be summed up like this: If you can’t buy a good profitable asset at a fair price, just don’t buy.

By following this simple rule, you stand a good chance of minimising your exposure to risk. But critics argue that this approach is too rigid. It ignores the upside of growth investing, particularly in the last 10 years.

Is there any truth to this? Well, maybe.

A question of value versus growth

And why not? This is a folksy guy who’s happily used a $20 flip phone for ages, resisting the pressure to upgrade. His frugality is legendary. So is his devotion to traditional stocks like Bank of America and Coca-Cola.

Yet, there are some signs now that Buffett’s distrust of tech is beginning to soften. Just this year, he reportedly ditched his flip phone and upgraded to an iPhone. He also expressed how enthusiastic he is about the Apple brand itself: ‘It’s probably the best business I know in the world.’

Berkshire Harthaway now owns just over 5% of Apple [NASDAQ:AAPL], worth about $90 billion. And the stock has done very well indeed since the COVID-19 drawdown in March. At the time of writing, it’s rocketed up by almost 100%. 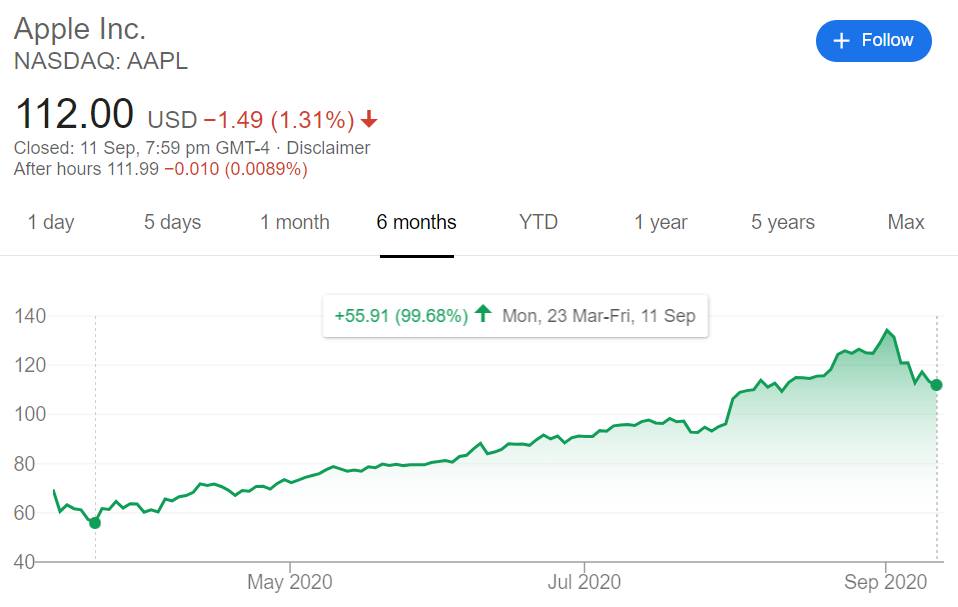 Berkshire also owns a small slice in Amazon [NASDAQ:AMZN] — 537,300 shares, currently worth just over $1.6 billion. Since the March drawdown, the stock price has also done well. It has surged by over 85%. 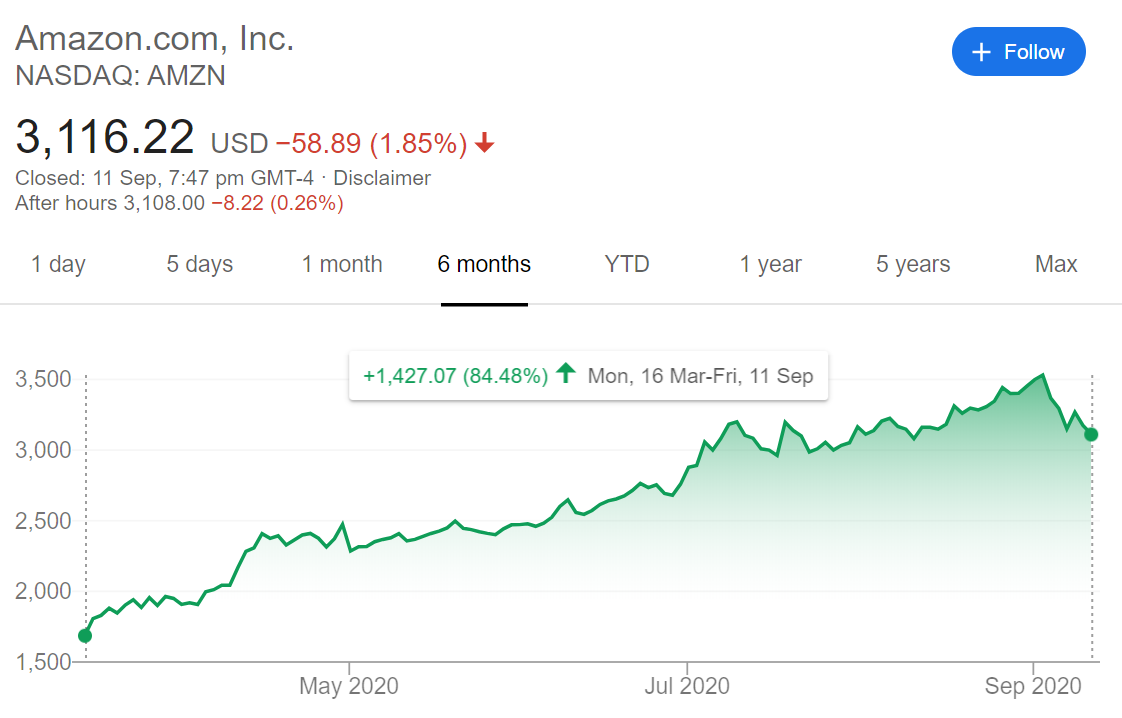 On the surface of it, Apple and Amazon appear to be good strategic picks by Buffett. Hallelujah! The old man is finally embracing the modern digital age!

But wait. Look a bit closer. You’ll discover that there’s more to this story:

Yes, that’s right. Buffett came in very late to this tech party. And by all accounts, he did so with a degree of reluctance. If his lieutenants didn’t persuade him, it’s likely he never would have entered at all.

But Buffett is an intelligent and perceptive guy. And he has expressed his regret of not buying into Amazon sooner: ‘I should have bought it. I had no idea that it had the potential. I blew it.’

Well, you’ve gotta love him for being brutally honest! Better late than never.

Even at the age of 90, Buffett is still showing a willingness to learn and adapt.

These past few weeks, we’ve seen three important events unfold. They seem to indicate that Buffett is moving in a fresh direction now. And he’s doing it with surprising quickness:

So…where to begin? How do we begin to interpret all this?

Well, for thing, it’s shocking that a traditionalist like Buffett has chosen to downsize his stake in financials. These stocks have historically offered him a tried-and-true margin of safety. A good mix of value, income, and growth for the long-term. So why is he choosing to forego that now?

It’s also shocking that Buffett has given the green light to invest in Snowflake. This is unprecedented — especially for a loss-making tech company in the IPO stage. Snowflake has a limited track record and speculative future prospects. Quite literally, this is a bet that appears to be so far outside Buffett’s comfort zone. An extraordinary development, to say the least.

But consider this: a $570 million commitment at this point is actually chump change to Buffett. At the time of writing, Berkshire Hathaway has a market cap of $520 billion. So, while the investment in Snowflake may look enormous to mere mortals like us, it will actually represent just 0.1% of Berkshire’s holdings.

Also, despite the speculative nature of Snowflake, this bet appears to be paying off. The stock’s debut on the New York Stock Exchange was a blockbuster. It experienced an eye-watering surge of almost 111%. This makes it the largest ever software IPO in history.

By the time the final bell rung, Berkshire Hathaway reportedly netted about $800 million in profit. 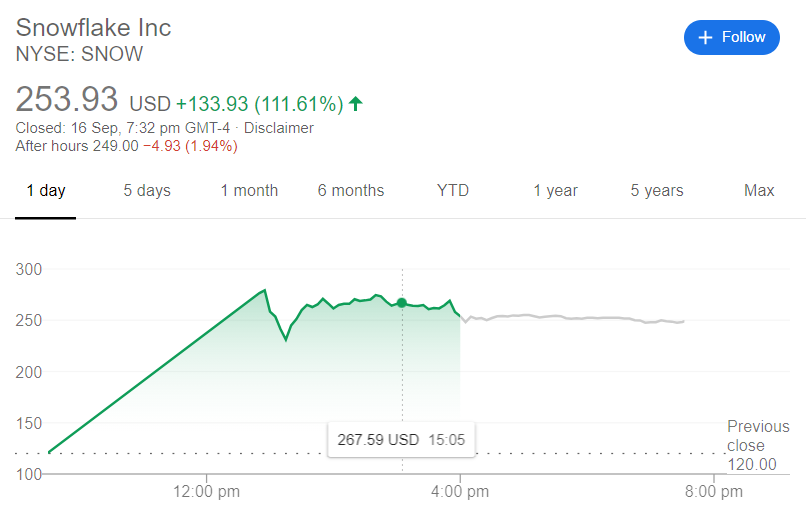 When you put that into perspective, you can see that Buffett’s wager is still rooted in value investing. It’s not quite a revolution, but an evolution in his philosophy. The risk is there, yes, but it’s measured and controlled.

Buffett has already expressed his regret about not entering Apple and Amazon sooner. And life, especially for someone at 90, is much too short to be spent wallowing in regret. Will investing in Snowflake offer him the chance to jump into the start of a new cycle for Big Tech? Time will tell.

Also, the prospect of a looming market correction may be seen as an advantage. By maintaining a large pool of cash at the ready and committing to a small stake in Snowflake, Berkshire may reserve the right to buy in more — when the time is right.

It’s no secret that COVID-19 has proven to be very disruptive for the global economy, as well as our daily lives. There are two ways to think about the state of the world today:

Either way, Warren Buffett is clearly hedging his bets. He famously said: ‘Never bet against America.’ He was talking about ingenuity and courage, hardwired into the American psyche. The ability to innovate and create solutions to problems.

Right now, Buffett is most certainly putting his money where his mouth is — by allowing his younger deputies to move more freely into Big Tech.

This represents a bold new phase in his investment journey.

I’m certainly watching with rapt interest to see where it leads to!

PS: Are you looking for the next quantum leap of tech? We have several cutting-edge ideas waiting for you in our Lifetime Wealth Premium Research. Don’t miss out on this chance to invest globally for value, growth, and income.