Cute and Cuddly Capitalism: Does the Nordic Model Work?

Total opposites with no middle ground.

If you look at the headlines today, it’s hard to miss how sharply divided opinions are. At the heart of this debate? Well, the role that governments can and should play in the lives of their citizens.

Here are the key areas at stake:

Of course, you’ve heard the angry arguments over and over again. And it always boils down to this: ‘a force for evil’ versus ‘a force for good’. 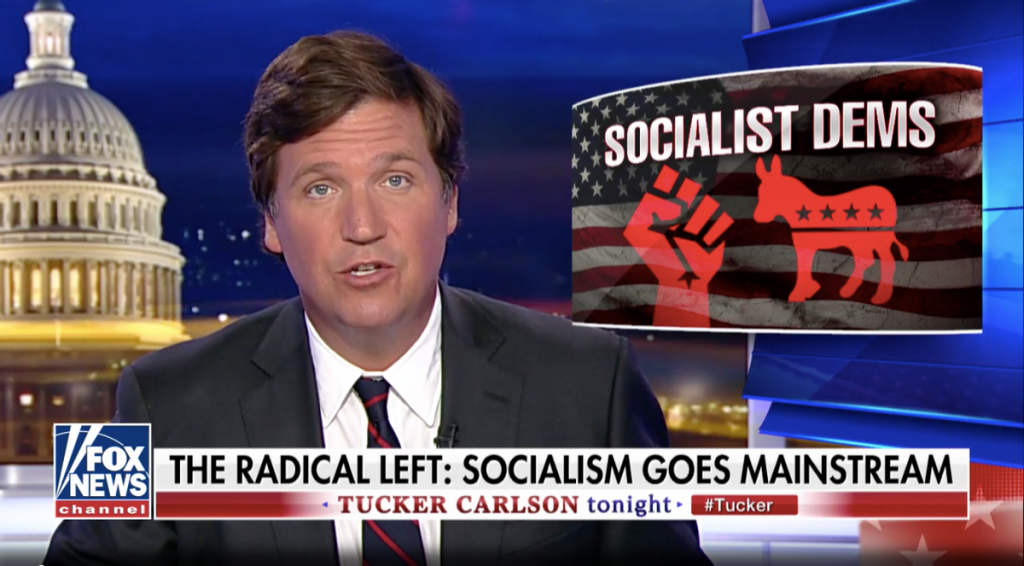 ‘I’ve always felt the nine most terrifying words in the English language are: “I’m from the government, and I’m here to help.”’

Being robbed of choice. Being robbed of private property. Opening the doors to totalitarianism. This is how the average American feels about government intervention.

It’s not hard to understand why.

The Soviet Union. China. Cuba. The spectre of these authoritarian states looms large in the public imagination. And in daily conversation, being called a ‘socialist’ or a ‘communist’ can often be the worst insult you can brand on anyone. 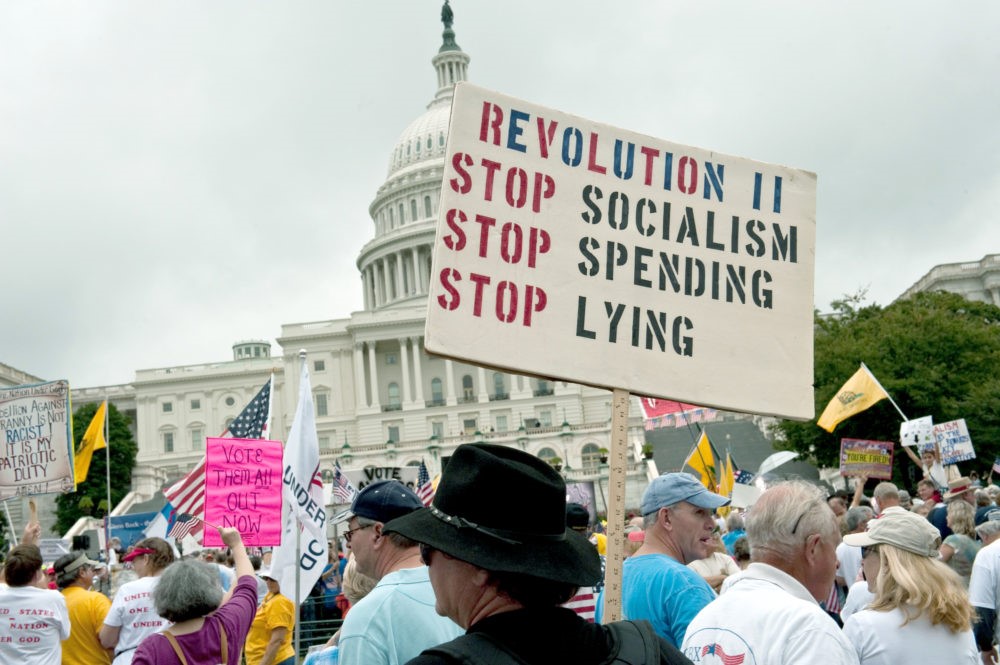 It is for this reason that America has no universal health coverage. It is the only industrialised nation in the world not to have it. And if history is any indicator, it never will.

Another area of contention is gun control. America has the most relaxed firearms laws in the developed world. Any attempt to regulate is treated with suspicion and hostility.

In my previous article on American exceptionalism, I explained how the landscape of the New World has shaped strong feelings about individuality and enterprise. It started with the first immigrants — and it carries on to this day.

Indeed, given how deeply rooted the distrust of government intervention is, you could be forgiven for thinking that it’s impossible to find a compromise here.

These choices appear to be binary. Mutually exclusive. And woe be to you if you try to challenge this narrative.

Still, believe it or not, there is one other place in the world that appears to have politely sidestepped the controversy entirely. And they’ve apparently done it by embracing a philosophy that’s uniquely their own. 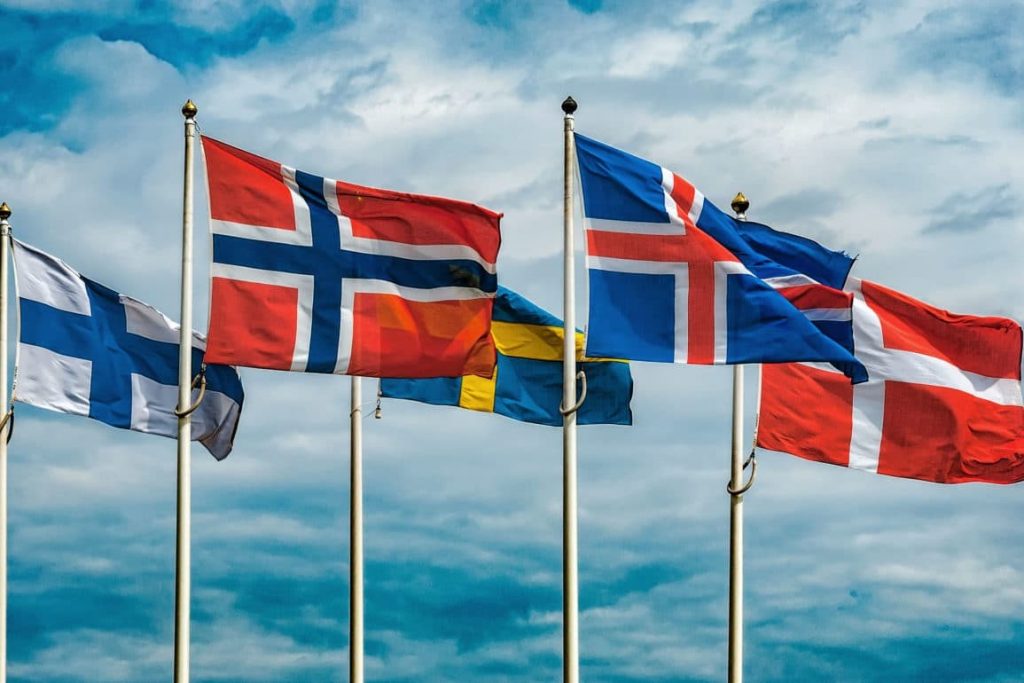 What do they have in common?

Well, they are all rooted in the Nordic Model — a curious mix of capitalism and socialism.

The Nordic region is made up of five countries:

Collectively, they have a population of over 27 million people. Relatively small in the grand scheme of things, but it’s safe to say that they punch well above their weight.

Year after year, survey after survey, they seem to top the rankings when it comes to happiness and equality. 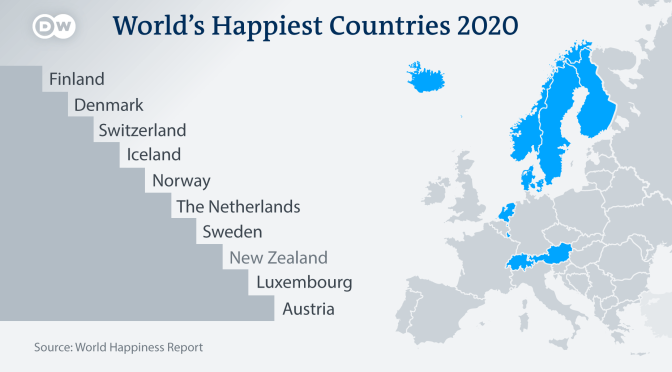 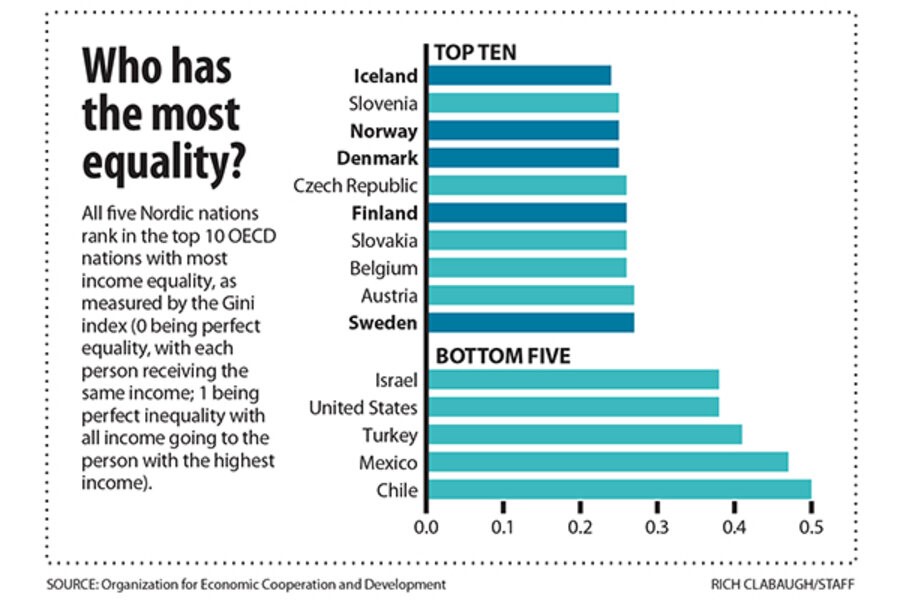 In a world that appears to be caught up in ideological competition, the Nordic countries seem content to do their own thing. Quietly. Diligently. Not making any serious attempt to export their political model abroad.

Mild-mannered compromise appears to be their way of life. Their global influence seems to be soft power, not hard power.

How does it work?

The Christian Science Monitor says this:

The cuddly capitalism of the Nordic nations provides an economic equity that makes a middle-class lifestyle the norm, where the sharp edges of worry about the cost of health care, elder care, child care, and education simply don’t exist.

In other words, they are trying to reap the benefits of the global economy — while reducing winner-takes-all pessimism.

A collectivist mentality appears to prevail, where the line between private and public enterprise can be surprisingly blurry:

Indeed, from the cradle to the grave, generous support is always present. A large social safety net encompasses everybody, administered by a powerful welfare state.

By and large, this appears to work because Nordic citizens generally trust in the integrity of their institutions. They regard this as their version of ‘social democracy’.

In their eyes, capitalism and socialism are not mutually exclusive. They are supposed to work hand-in-glove. 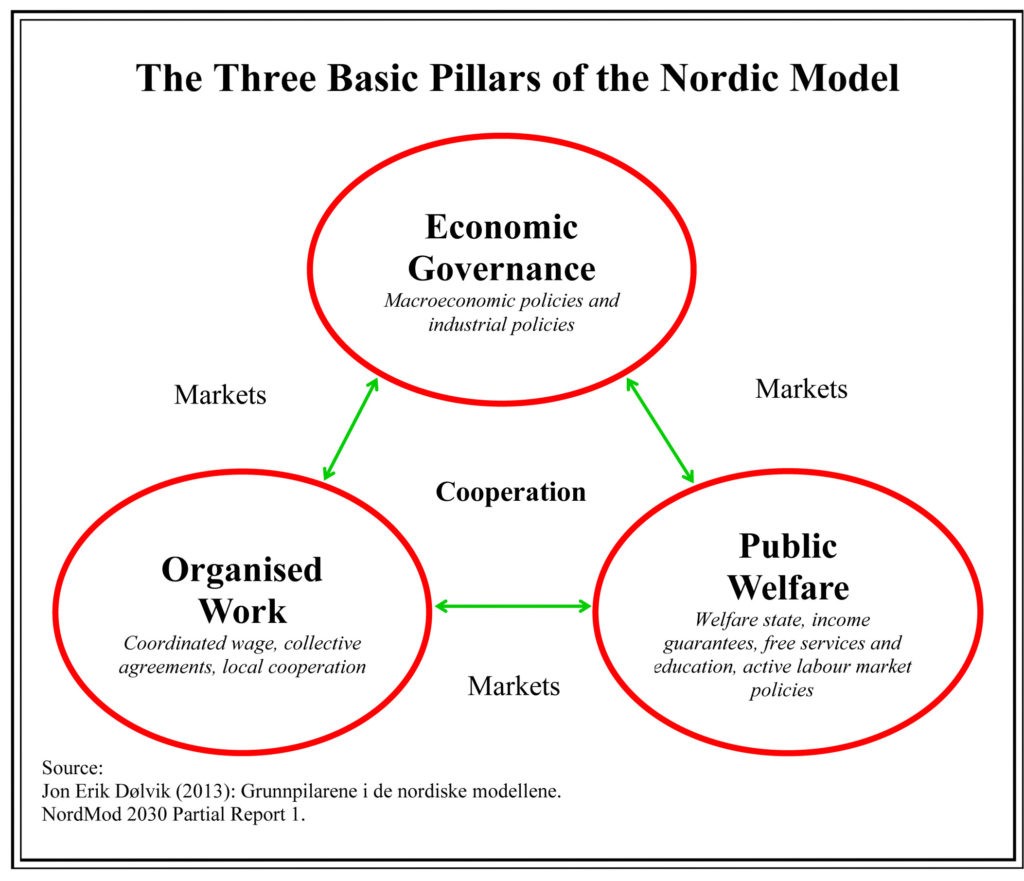 The Nordic welfare state comes at a price, of course.

Depending on the country, the top personal income tax rate can be as high as 57%. Eye-popping? Absolutely.

Yet most Nordic citizens appear content with this status quo.

Traditionally, this has been underpinned by a homogenous society rooted in the Lutheran Church. In fact, Lutheranism and the ideals of social democracy are closely intertwined. There should be risk-sharing and reward-sharing between citizens.

Børge Brende, the Norwegian president of the World Economic Forum, sums it up like this:

However, this does open the door to fierce criticism:

The jury is still out on these questions, and no one has a crystal ball.

Depending on your own political compass, what these countries have achieved is worthy of either admiration or scorn.

The coming years will offer a clearer picture of how robust the Nordic Model is, even as it evolves to face fresh global challenges.