Bubble Trouble: Why GameStop [NYSE:GME] Has Surged Over 1,000%

It was called ‘tulip mania’.

During the Dutch Golden Age in the 17th century, people went nuts over the introduction of the tulip. This humble flower had arrived from the Orient, and wide-eyed Europeans had never seen anything like it.

Seemingly overnight, it became a sensation. A luxury item. A status symbol.

Demand skyrocketed. Growers and traders rushed to cultivate and sell the flower. Everyone began to engage in speculation, using newly developed financial instruments like derivatives, futures, and options. 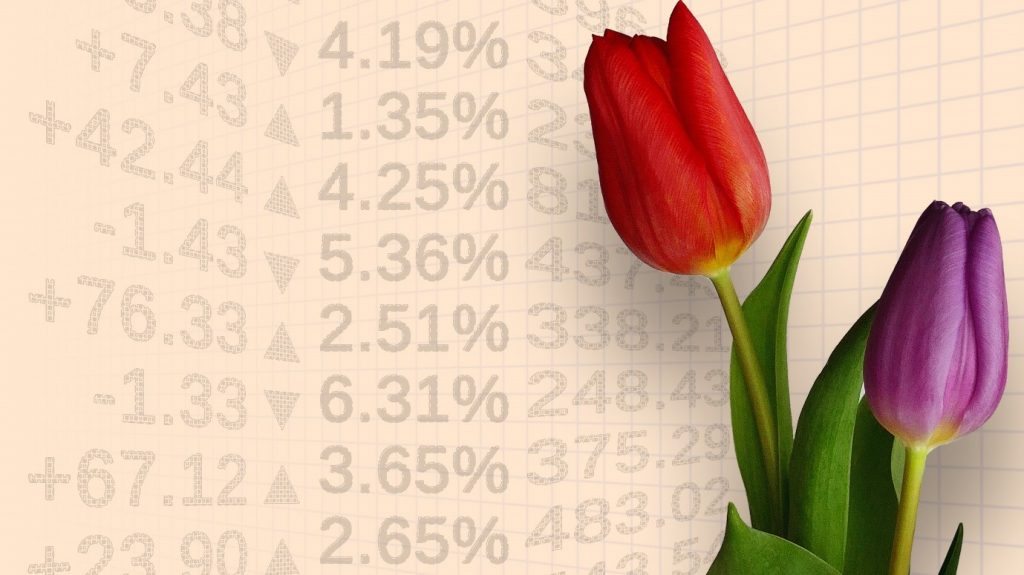 At its peak, a single tulip bulb could reportedly be sold for as much as six times the annual income of the average person. Talk about outrageous!

Eventually, this obsession could no longer be sustained. People were borrowing and spending beyond their means. Prices escalated beyond common sense.

In February 1637, the tulip market reached stratospheric heights before crashing back down to Earth. Confidence fractured. It was over almost as quickly as it had begun.

In the end, some people got rich off the speculation, but others got burned, losing big sums of money. Economists now widely recognise this ‘tulip mania’ as being the first investment bubble in human history. It would not be the last.

Why GameStop [NYSE:GME] is today’s tulip

GameStop is the world’s largest retailer of video games. Headquartered in Texas, they have over 5,000 outlets across the globe.

If you live in Australia and New Zealand, you’re already familiar with one of their subsidiaries — EB Games. The store is a popular sight in most metro areas. If you’ve ever bought a physical copy of a video game, well, chances are, you did it at EB Games.

In my younger years, I used to browse the shelves, breathing in the distinct smell of plastic and cardboard. There’s something about the colourful store arrangement and generous bargains that brings a smile to my face, even right now. 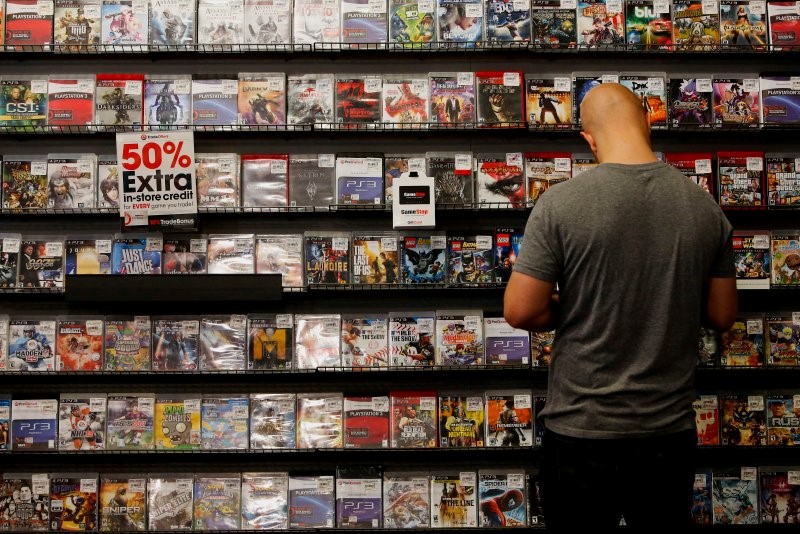 Unfortunately, since 2016, GameStop has been facing dire financial straits. Consumer tastes have shifted dramatically — with many gamers preferring to buy their products through online platforms like Steam, Xbox Live, and the PlayStation Network. As digital sales have climbed, physical sales have plunged.

To put this into perspective:

That’s a 30% decline in just four years. Struggling with anaemic sales, GameStop has been forced into playing defence, shutting down hundreds of stores. Its share price has tumbled.

GameStop has always been a business model dependent on foot traffic — and the global lockdown has been catastrophic for their bottom line.

This appeared to be the final death kneel for company.

How the big short became the big squeeze

Wall Street hedge funds like Melvin Capital Management have long had a reputation for being able to sniff out blood in the water — and GameStop was certainly bleeding hard.

The company’s stock performance was locked in a nosedive. Worse still, it was crippled with an enormous debt burden that seemed impossible to fix.

So, like a hungry shark, Melvin Capital swooped in on GameStop. The goal? To short sell.

Here’s an example of how this would work, with imaginary numbers:

If that sounds a bit cynical, well, it probably is. Instead of hoping for a company to succeed, you are actually hoping for the company to stumble and fail. That’s where the money is.

Shorting a stock is risky — but if time and luck are on your side, you can potentially generate big profits in a relatively short period of time.

With GameStop seemingly teetering on a collapse, betting on it seemed like a no-brainer for Melvin Capital. So they took a large short position, waiting for the stock price to slide before cashing in.

It was a tried-and-true formula. A shortcut to big profit. And under any other circumstance, it would have worked.

Here’s what we saw happen instead: 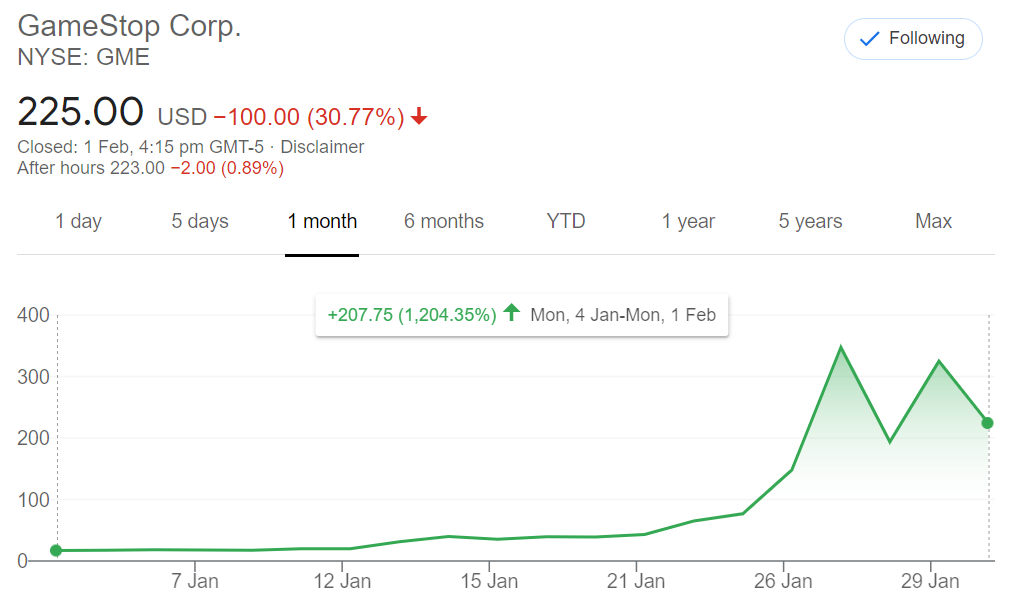 It seemed to defy all logic. GameStop was a failing business deep in the red — but its stock price had soared by over 1,000%.

Well, we have millions of Reddit users to thank for this. They belong to an activist group called WallStreetBets, and they have poured their money into GameStop, giving it an unexpected resurrection.

Part of it was born out of nostalgia. Remember: Many people have fond childhood memories of browsing their local GameStop store and buying physical copies of their favourite games. They simply did not want to see the brand die.

Another part of it was born out of populist vengeance. For a long time now, small-time retail investors have been overshadowed by big-time institutional investors. But followers of WallStreetBets are on a mission to change this. By acting collectively, they want to prove they can shift the markets. Perhaps even punish the status quo. It’s nothing short of an insurgency. Main Street going up against Wall Street. David vs Goliath.

The end result? Well, Melvin Capital reportedly lost over 50% of its portfolio in January. The value of its assets shrank from $12.5 billion to $8 billion. The situation was apparently so bad that fellow hedge funds Citadel and Point72 apparently provided bailout money of close to $3 billion to keep Melvin Capital afloat.

On the face of it, this appeared to be a stunning blow. The hunter, it seemed, had become the hunted.

What WallStreetBets has done was only made possible through low-cost and gamified brokers like Robinhood.

In the words of spokesperson Nora Chan:

‘We designed Robinhood to be mobile-first and intuitive, with the goal of making investing feel more familiar and less daunting for an entire generation of people previously cut out of the financial system.’

But the question is: Has Reddit-style democracy made it too easy for regular Joes to challenge the status quo?

We’ve seen our fair share of controversy erupt this past week when Robinhood and other brokers decided to place restrictions on retail trading of GameStop shares. Officially, the reason for this is to minimise risk and volatility. But that hasn’t stopped the passionate backlash and conspiracy theories.

Personalities like Elon Musk and Jordan Belfort has voiced strong opinions on this. Even liberal and conservative lawmakers have waded into the debate.

It’s a strange day indeed when you see political opponents like Alexandria Ocasio-Cortez and Ted Cruz actually agreeing on something:

We now need to know more about @RobinhoodApp’s decision to block retail investors from purchasing stock while hedge funds are freely able to trade the stock as they see fit.

As a member of the Financial Services Cmte, I’d support a hearing if necessary. https://t.co/4Qyrolgzyt

All this makes for a very good story.

But despite the surge in public interest, the GameStop rollercoaster ride is already looking very choppy. During the last round of trading, the company’s share price plunged by 30%. It’s a sure sign that quick gains may no longer be so easy to obtain. The level of risk is already too high for many investors to stomach. At this point, the smart thing is to stay out of this feeding frenzy.

Moving forward, people are already turning their attention to other speculative assets, most notably Ripple XRP and even physical silver.

Irrational exuberance? Yes, absolutely. It’s clear that we live in interesting times. There could be even more ‘tulip mania’ to come. But be warned: This bubble can implode at any time, with little to no warning.

PS: Are you looking for opportunities that provide value, growth, and income? We have a range of exceptional global ideas in our Lifetime Wealth Investor Premium Research. There’s never been a better time to get started with our expert analysis.