Home » Economy » Worst Oil Shock in History? What It Means for Your Wealth

It’s funny what a lockdown does to your mind. Brings back plenty of old memories.

The last time oil changed my life was when I was growing up.

I was born just after the 1973 oil shock. A time when the country was running ‘carless days’ to deal with the very opposite problem of today. Not a glut of oil that couldn’t be sold. But a supply squeeze as Arab producers cut supply in the wake of the Yom Kippur War with Israel. 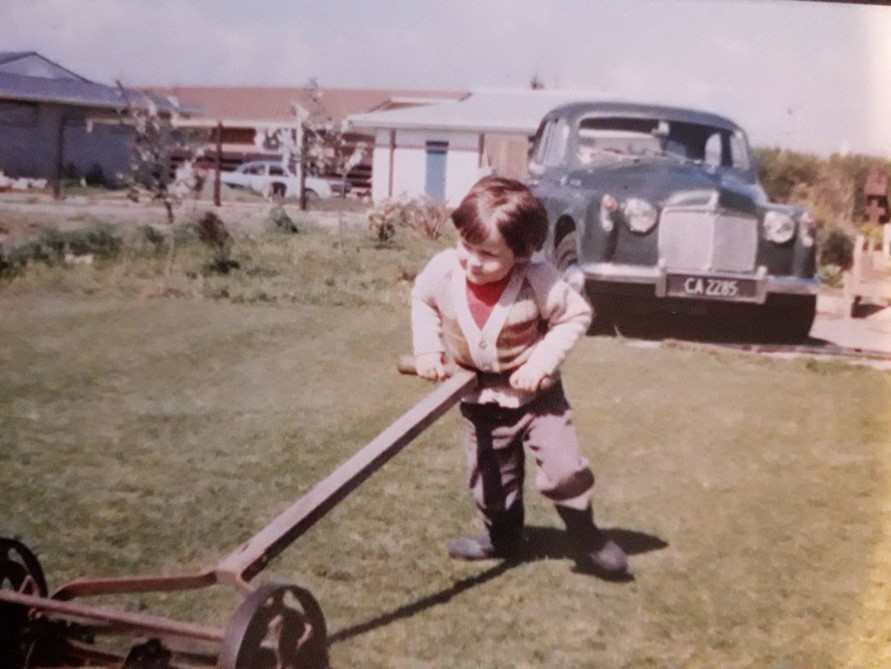 Oil prices soared from US$3 a barrel to close to US$20.

Like many industrialised countries dependent on crude oil, New Zealand and Australia were thrown into an inflationary shock that led to a painful recession.

Unfortunately for New Zealand, this coincided with the key trading partner of the day, Britain, joining the EEC. Slicing out a big chunk of our exports.

In the late 1970s, when a second oil shock followed, the country moved toward its own debt-fuelled ‘Think Big’ energy projects. The most ambitious of these was the Motunui synfuel plant in Taranaki. A world first, converting gas to methanol and then to synthetic petrol.

Meanwhile, my Dad took up a government incentive to convert our old Rover 90 to CNG – Compressed Natural Gas. To make our trips around the country more economic.

I can still remember the gas cylinder inside the car. The elaborate filling process of cranking on a gas hose at service stations. And a James Bond-style switch below the wooden dashboard. Where you could flick the fuel between natural gas and petrol, causing the car to jump and splutter as it transferred across.

By the 1980s, when oil prices fell again the synfuel plant became uneconomic. And by 1984, that ‘Think Big’ government was close to bankruptcy.

So, with this in mind, I have a different view of today’s oil crisis

In this case, you have an oil price war. Since the coronavirus pandemic — and the drying up of demand — Russia has refused to reduce oil production. Saudi Arabia has responded with price reductions, initially causing a 65% quarterly fall in the price of oil.

We’re now in the dire situation that, due to a lack of storage facilities, crude oil prices have turned negative.

Many analysts suggest that, on top of the coronavirus crisis, this is a prime driver of the 2020 stock market crash. Thus far, this has slashed the markets most around March 23rd.

Since then, there’s been a recovery of up to half as much as the losses in late March.

Why might an oil price crash floor the markets?

The oil industry contributes to a significant amount of economic activity. A crash in the price causes firms across the industry – from exploration to supply stream — to come under pressure. Intense pressure, in this case.

Many with debt may not make it.

Since oil and associated companies represent significant parts of market indexes, they can bring a whole market down quite quickly. And this can fireball a sense of panic that can spread.

Well, as a kid then, I wasn’t worried at all. The CNG switch in Dad’s Rover was a bit of fun.

Yet we can learn from history.

Back then, when the oil price went from $3 to near $20, there was an inflationary price shock. Day-to-day life just got a whole lot more expensive. And the world was scrambling for alternatives.

An inflationary price shock can escape through an economy fast. In the 1970s, we experienced stagflation. Where the oil price helped drive a dangerous mix of rising unemployment, falling activity and rising prices.

It took some very high interest rates to squeeze that out. Mortgages sapped households. And house prices tumbled viciously. It became difficult to sell your house, as we experienced when it came time to move towns.

In 2020, we have a deflationary shock

The coronavirus pandemic means it’s not safe to go out and spend, drive your car, or take an aeroplane. This impacts demand for many goods, not least oil.

While deflation can be as economically dangerous as inflation — governments and central banks can use monetary policy to counter it. Perhaps in a less painful way.

So what we see now are ‘stimulus cheques’ and ‘quantitative easing’. Both amount to an increase in the money supply as central banks flood the banking system with cheap money.

The smart money starts to notice the ‘cash is trash’ effect. And starts looking for opportunities to deploy that money into potential growth assets. The share market is the prime contender.

Thus, falling indexes can be shored up with printed money. Which is part of what we’ve seen in the surprising bull run that kicked into action shortly after the March 23rd demise.

Of course, monetary easing is not the whole story. The prospect of exiting lockdowns and the flattening of viral curves helps as well.

Cheap oil may not be the market kicker it seems

Studies show that there is no confident correlation between a rise or fall in the oil price and the share market.

A high oil price benefits companies involved in oil production and extraction. But, equally, it is to the detriment of many other businesses that face higher transport costs. And to consumers themselves, who must spend more on transport costs and less on other goods.

Recent and surprising advances in shares such as Auckland International Airport [NZX:AIA] may, in fact, suggest that the long-run market has its eye on such pent-up demand characteristics.

Since I recall growing up in the 1970s with little money and an old car with a CNG / Petrol switch, I’m vaguely confident that this oil price crunch could be favourable rather than destructive. Since it’s deflationary rather than inflationary.

When prices go down, there’s opportunity to ‘print’ money. And that will feed into asset prices.

But we’re not out of the woods yet

Any long-run hope for wealth growth depends on economies opening again. You cannot take advantage of cheap oil or pent-up demand until that happens.

Meanwhile, millions around the world lose their jobs. And we face the dangerous circumstance of a true deflationary recession. Even a depression. Where businesses fall over. Where economic activity contracts sharply. And there are very few places to hide.

In a recession, a glut of cheap oil can aid economic and market recovery.

In a depression, it may represent just one more sector stumbling into the abyss.

Right now, we need governments to help make sure this coronavirus recession is an induced coma that can be awoken from. Not a death sentence to depression.

Unlikely it’s going to be as bad as the 1970s. Not being able to go out to a restaurant for a month or two is one thing. Being denied the right to use your car on certain days is quite another.

But as we converted to CNG and flicked the switch to economic motoring, so too will we find ways to flick the switch on this crisis.

Which is why I’m still buying this market.

What am I buying? Learn more by subscribing to our Premium Investment Research today.