Nancy vs China: Why She Was Right All Along

What has been will be again, what has been done will be done again; there is nothing new under the sun.

Is there anything of which one can say, ‘Look! This is something new’? It was here already, long ago; it was here before our time.

Nancy Pelosi is not a dove.

In fact, she may well be the most hawkish Democrat around.

In 1991, Pelosi was in Beijing on an official visit. At the time, she was just a congresswoman representing California.

It was meant to be boring. Routine. Unremarkable.

That’s when Pelosi did something rebellious.

She defied her Chinese escorts, and she slipped away just long enough to enter Tiananmen Square.

Pelosi and her colleagues unfurled a small banner.

It had a poignant message: ‘To Those Who Died for Democracy in China.’ 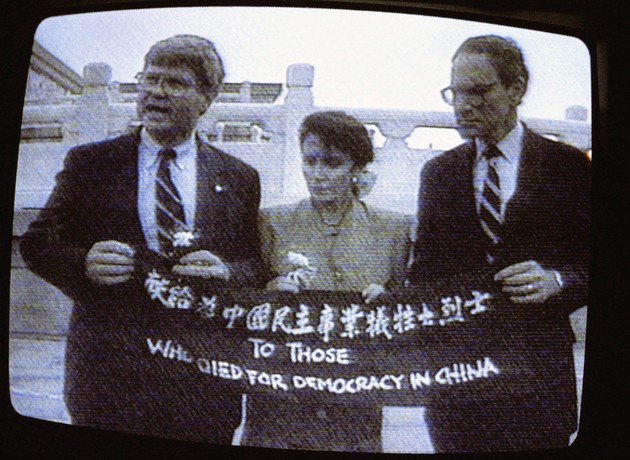 This, of course, was in direct reference to the tragic events that happened just two years prior. That’s when the communist regime sent troops and tanks into the Square to crush student protestors. It was a bloody massacre.

The brutal irony here is that the Chinese word ‘Tiananmen’ directly translates to ‘Gate of Heavenly Peace’.

Pelosi wanted the world to never forget — and her act of defiance would ultimately get her blacklisted by the Chinese Communist Party. She would never again be allowed back into the country.

Yes, you can hate Pelosi for being a progressive liberal.

Yes, you can hate Pelosi for being a Democrat.

Yes, you can even hate Pelosi for just being Pelosi.

But here’s what you can’t fault her on: she is nothing if not consistent in her opposition to the Chinese government.

In fact, back when most of the Washington Beltway — Democrats and Republicans alike —were lobbying for China to be admitted into the World Trade Organization, Pelosi was one of the few who expressed scepticism.

Pelosi tried to use her political influence to block China’s entry into the WTO, citing the country’s human-rights record. At a minimum, she wanted the process to be slowed down so that more thought could be given to the consequences.

Presidents Clinton and Bush found Pelosi to be an irritation, and they overruled her concerns. They believed in the best-case scenario: that the Chinese government would eventually become more democratic as a result of more engagement.

Remember: this was the End of History that Francis Fukuyama talked about. Free trade was desirable. Inevitable. And Pelosi, with her Cold War-style mentality, just wasn’t fashionable anymore.

Eventually, China was admitted to the WTO in 2001. 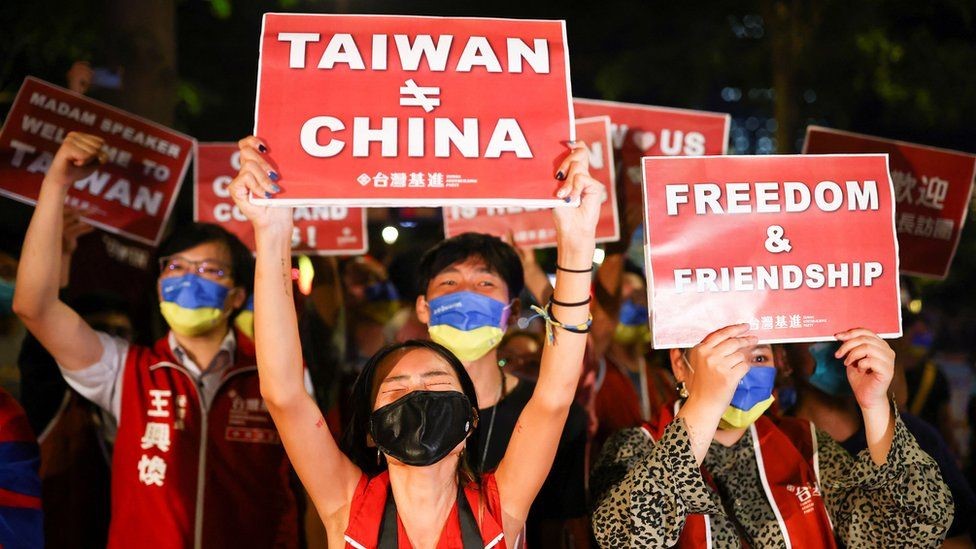 Well, today, China is more assertive, more belligerent, and more ultranationalist than ever.

You will struggle to find even a single Democrat or Republican who doesn’t now concede that America needs to get tougher.

In other words: ‘Maybe Nancy Pelosi, as irritating as she is, was right all along.’

Indeed, history doesn’t move in a straight line. History is circular. And it does look like everything has come full circle now.

At the moment, China is angry. China is making threats. China is promising retaliation.

My response is this: ‘So what?’

A government that can get riled up over Pelosi visiting a tiny island nation is only showing itself to be a weak and insecure government.

The fact that the Chinese Communist Party is choosing to fixate on Pelosi’s visit only hints at deeper psychological anxieties. Perhaps even structural problems they would rather not let on.

Here’s how Al Jazeera reported on the aftermath:

In response to Pelosi’s visit, China announced live-fire military exercises across six zones in waters surrounding the island of Taiwan that will start on Thursday and continue through Sunday.

Taiwan’s Ministry of Defense has said China’s unilateral action is an attempt to threaten Taiwan’s ports and metropolitan areas, but some residents are shrugging off the threat.

“Is China afraid of something? After all the big threatening talk, they clearly don’t want to encounter any American military units,” he said.

Despite the risks of a Chinese military response, Pelosi’s visit has exemplified the strength of the United States’s commitment to Taiwan and could generate greater international support for the island democracy, according to several experts in Taiwan’s political circles.

Here’s the irony: it wasn’t that long ago that Pelosi’s Cold War-style mentality was written off as archaic. Outdated.

But guess what? A new Cold War may well be emerging between a Western Bloc and an Eastern Bloc. A conflict largely defined by spycraft, sabotage, and propaganda.

Maybe this is a good thing.

At least we now know where we stand.

With tensions bubbling between America and China, it’s never been more important to manage your risk. Consider your exposure. Rebalance your portfolio.

Could it be prudent to have investment holdings outside the Asia-Pacific region?

Here at Wealth Plan, we are helping our Eligible and Wholesale Clients regain control of their lives by building a roadmap to financial freedom.