I’m strangely drawn to the simplicity of Kandiss Taylor’s message.

She’s running for the governor in Georgia, USA. And has just hit the road in a new bus. Sporting this livery: 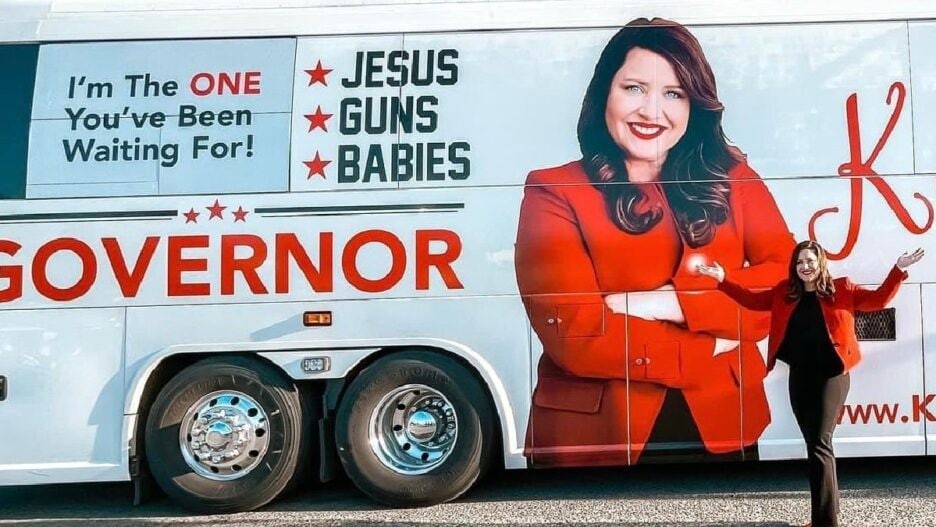 Jesus. Guns. Babies. No further explanation needed on what she stands for. At least in the current climate.

Some have mocked the campaign bus on social media. One saying this is impossible to satirise because it is satire.

Well, that is unkind. Her likely constituency could number a significant piece of the US population. Concentrated in Republican states. For them, Kandiss is doing what a good politician should do. Clearly representing their chief concerns.

In fact, I wish there were more politicians like Kandiss. Who identify with a large group who do not feel they are being heard. And simply identify what is to be stood for.

The age of surprise and outrage

Perhaps part of Kandiss’ message (babies) is a response to the recent Roe v. Wade debacle.

From a legal standpoint, should this have ever been a constitutional issue? Shouldn’t states make their own decisions, representative of their own constituencies?

But in the news, and on social media, you could be forgiven for thinking the Supreme Court judges have raped democracy.

One claim, in particular, was repeated ad nauseum. The US will be out of step with the rest of the developed world on this issue.

Well, it appears many states simply seek to define the time limits at which they identify life. Much in line with many European countries, like France or Italy. Who have navigated this divide for generations.

Yet the real issue here is the deepening divide we now see in American society. And to a lesser extent in the rest of the Anglosphere.

When Trump lost the 2020 election, this almost spiralled into something approaching civil war. Due to the refusal by many to accept the result.

Were it not for the dignity of Mike Pence, things could have been far worse.

As an investor in the American markets, growing social divisions have been a surprising and concerning turn. The conflict will take a generation to resolve.

You see, much of the work we do looks at history. The past. Yes, past performance.

We use that knowledge to try and predict what the future will look like. Where trends are going. And what is worth investing in.

Actually, any reasonable observer can predict events in line with what has happened in the past.

The special sauce is the ability to predict the surprise event. The black swan. It is these events that will truly shape the future. And where opportunity or crisis may lie.

The 2021 US Capitol attack was a surprise event.

Yet, in many ways, the division in American society and this latest SCOTUS decision was predictable. Conservatives and liberals have steadily grown apart with deep rifts between them over the past decade. And Trump, the unlikely voice of the former, did take his opportunity to stack the Court with conservative judges.

America’s coming civil clash could give way to another surprise event. But that is unpredictable.

So, what can we predict?

One trend we are steadily seeing is that younger generations want more activist governments. Particularly on another issue: climate change.

For the first time, more than half of key generations — Millennials and Gen Z — see human activity as responsible for a warming earth. 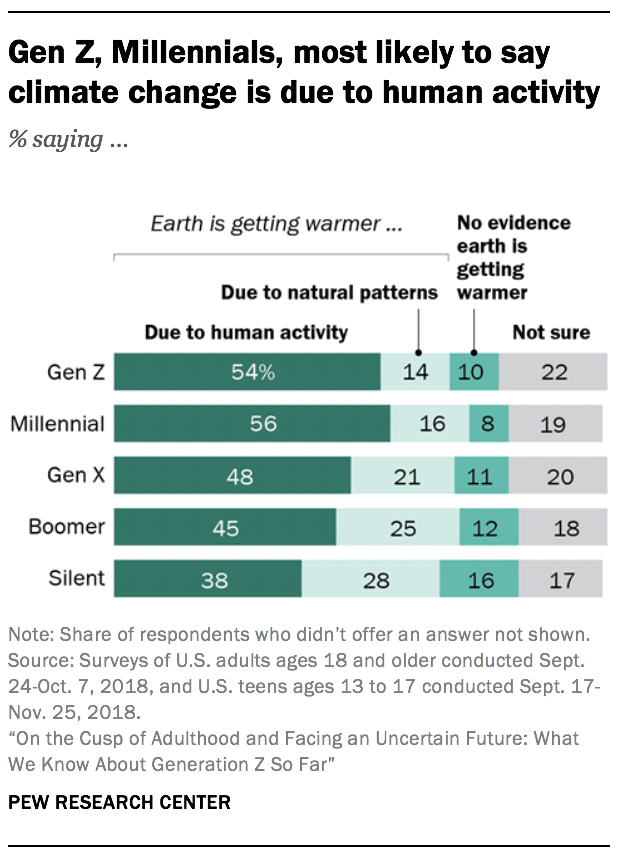 The most progressive governments are already taking drastic action on this.

In the UK, the Prime Minister has promised to end the sale of petrol and diesel cars and vans by 2030.

This is surprising. And possibly untenable. Given current technologies, power generation capacity and availability of resources like lithium.

As investors, we must prepare for the surprising.

In this case, the shift will mean several things:

In our premium news right now, we are looking at key listed companies around the world that are poised to grow from this trend. And we are analysing the surprising trends that will create new paradigms for investors.

As for Kandiss Taylor and other politicians…the point is often missed that, in a democracy, each person’s vote operates like a dollar. They can spend that ‘vote dollar’ on what they believe. And whether they are the smartest, most read person in the room, or the dumbest — their vote is worth the same.

The answer to changes that surprise and offend is not to rail against opposing viewpoints. But to research, then construct messages so logical and persuasive, that they change thinking.

Currently, America’s birth rate is unsustainable. That, at some point, will make the retirement equation shaky.

Hence, for investors, while Kandiss seems unlikely to take the governorship, her desire for babies may well be desirable.