Looking For Freedom: Lessons From Berlin

It happened on a Thursday.

That’s when the Berlin Wall started to fall.

A crowd of pro-unification demonstrators had gathered, swelling to half-a-million strong. And they were cheering as they breached the barrier and tore it down, piece by piece.

They used tools like pickaxes and sledgehammers. They were known as mauerspechte — which means ‘wall woodpeckers’.

Their pent-up emotion was impossible to ignore.

For them, this was a life-changing event, decades in the making. 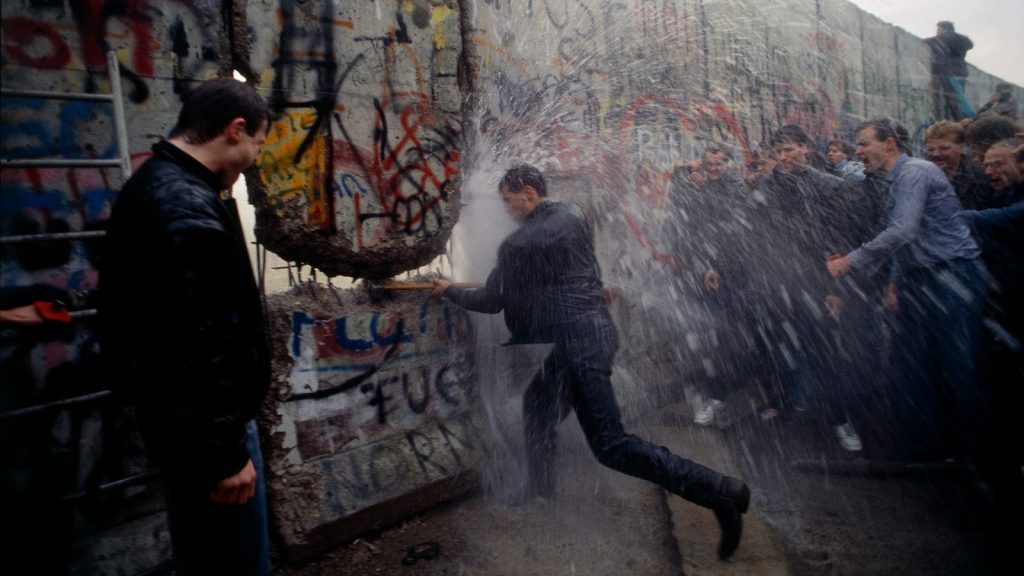 For almost 30 years, the Wall had stood as an obstacle between East and West. It was the personification of the Iron Curtain, stretching 155km long. It was not just made up of slabs of concrete, but it was also fortified by watchtowers, barbwire, and machine guns.

The so-called ‘death strip’ — the expanse of land that lay on the eastern side of the Wall — was a place of tragedy. Over the years, many people had tried to escape to the West through this area. Some succeeded. But most were not so lucky, ending up shot and killed.

For the longest time, the Wall seemed invincible. Unbeatable.

But now the wind of change was blowing.

Mikhail Gorbachev, the final leader of the Soviet Union, had his heart firmly set on reform. He pushed through sweeping policies. Glasnost and perestroika. Openness and restructuring.

The populist uprising that followed came naturally. The people were restless, hungering for a new way of life. The momentum of their cause could no longer be contained.

It was a Peaceful Revolution.

The protestors hammered away at the Iron Curtain. Barriers and checkpoints fell away. And a huge exodus of refugees surged through the gaps, crossing over into the West.

It was ironic — poetic, even — that the Berlin Wall would be the place where the Soviet Empire would start to crumble so publicly before the eyes of the world.

The symbolism was powerful.

The scale of change was breathtaking. 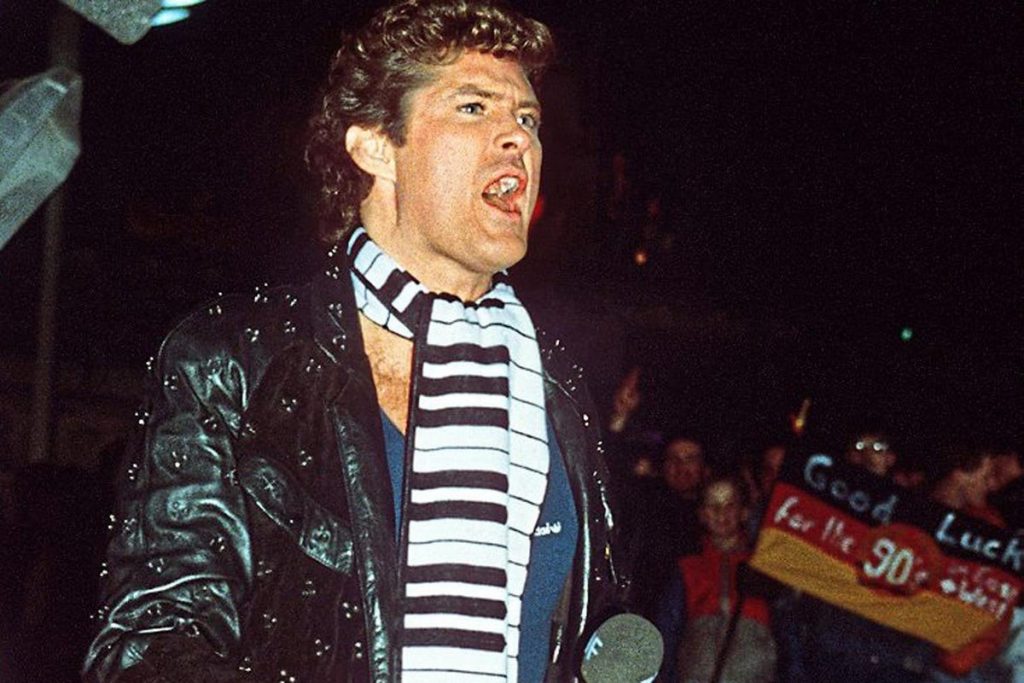 He had gained fame as the star of Knight Rider and Baywatch. And his German ancestry gave him a personal stake in the extraordinary events unfolding.

As a crane raised Hasselhoff above the cheering crowd, he performed his signature song, Looking for Freedom.

It was the perfect tune for a perfect moment.

In 2019, Hasselhoff shared memories of his time in Berlin:

‘I had a pretty amazing experience. I have a plethora of stories, of people who come to me and testified that “Looking for Freedom” was an anthem or a hymn of hope that they would sing. A 45-year-old man cried. He said he was 15 years old and he grew up in Rostock, a city in East Germany, and he said, “You really had something to do with bringing down the wall.” I said, “No, I didn’t. I was just singing a song about freedom, and I went behind the wall and met some girls.” He said, “No, it was a song of hope.” My whole tour was basically about [how] we’re still looking for freedom, because we are.

‘It shaped me because it gave me honor. It gave me credibility. It gave me humility. I’m just an actor who sang a song about freedom. I didn’t know anything about East Germany, and suddenly by the grace of God or the universe, I was given this responsibility.’

Indeed, it was a soul-altering experience for Hasselhoff.

And not just Hasselhoff.

Everyone was feeling the ripple effect.

In 1990, President George HW Bush used the aftermath of Berlin to talk about a New World Order:

‘A hundred generations have searched for this elusive path to peace, while a thousand wars raged across the span of human endeavor, and today that new world is struggling to be born. A world quite different from the one we’ve known. A world where the rule of law supplants the rule of the jungle. A world in which nations recognize the shared responsibility for freedom and justice. A world where the strong respect the rights of the weak.’

The legacy of the Cold War

So, now that the Berlin Wall is gone, how do things look today?

Has the reunification of Germany been a success?

Well, it depends on who you ask.

Here are some key points from a 2015 article by The Guardian:

This is sobering, isn’t it? Even though the Wall is no more, the deep-seated cultural obstacles still remain.

Will it take another 30 years to fully resolve these issues? Another generation or two?

Clearly, the quest for better social mobility — a better quality of life — remains a work in progress. It’s neither easy nor miraculous.

David Hasselhoff reflects on why he feels both nostalgia and sadness:

‘It’s a strange world now. At least then we knew who the enemy were. We knew the enemy were the Russians and there was a Cold War. Now it seems like they’re everywhere. There’s a lack of freedom. It’s almost as if it’s O.K. to lie, whether it be from the White House or in the press. But it’s not O.K. Now it just seems that everyone is so, so quick to hate, and so quick to be violent. It is a sad, sad world.’

For all its evil, for all its division, the Iron Curtain did have an unintended positive effect. It served to unite the Free World in shared moral clarity. Shared moral purpose.

This is a contradiction, for sure.

But maybe a good one, even if we didn’t realise it at the time.

Looking for freedom and opportunity

It’s been almost 33 years since the Berlin Wall came down, and it’s clear that we’re still facing global challenges today.

Such is the nature of our human frailties.

But one thing remains constant: the search for freedom and happiness.

At Vistafolio Wealth Management, we make it a point to invest in companies in the Free World.

At the moment, we have over 20 companies on our Freedom List. These are high-impact picks in property, infrastructure, and technology. They could potentially give you passive income and financial freedom for the rest of your life.

It’s time to make the crossover.

👉 Click here to register your interest as an Eligible or Wholesale Investor to secure this urgent opportunity today.