Blood and Gold: Lessons from Europe’s Warrior Past

These events took place in the Middle East mainly between the 11th and 13th centuries.

They happened just as European Christianity was emerging out of the Dark Ages and rising to compete with the Islamic world.

This period of history was a contested and bloody one — and it would forever reshape ideas about empire, borders, and identity.

The impact is still being felt to this day. 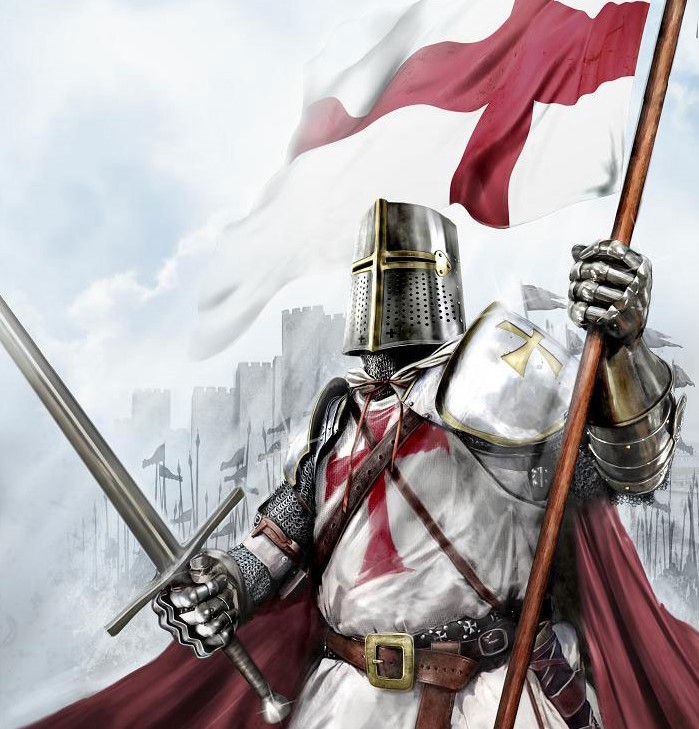 Let’s face it. War is never the most pleasant time to live through — and a religious conflict is even less appealing.

But even as war traumatises and destroys, it also sparks its fair share of creativity. This, in turn, leads to unexpected innovation.

Here’s a case in point:

In 1118, Hugues de Payens, a French knight, was reportedly moved by the suffering of these pilgrims. So he approached Baldwin II, the reigning king of Jerusalem, with an idea.

Hugues de Payens wanted to establish a quasi-religious military order. Its mission? To protect and guide pilgrims in the Holy Land.

Baldwin II gave his blessing and offered Hugues de Payens the chance to build his headquarters at the Temple Mount. This was a place of great historical significance. It was the site of the captured Al-Aqsa Mosque, and as lore would have it, also the site of King Solomon’s temple.

Hugues de Payens called his monastic order the Poor Fellow-Soldiers of Christ and of the Temple of Solomon.

Yes, a title that’s quite a mouthful.

But, in time, Hugues de Payens and his brethren would become known by a more iconic name: the Knights Templar. 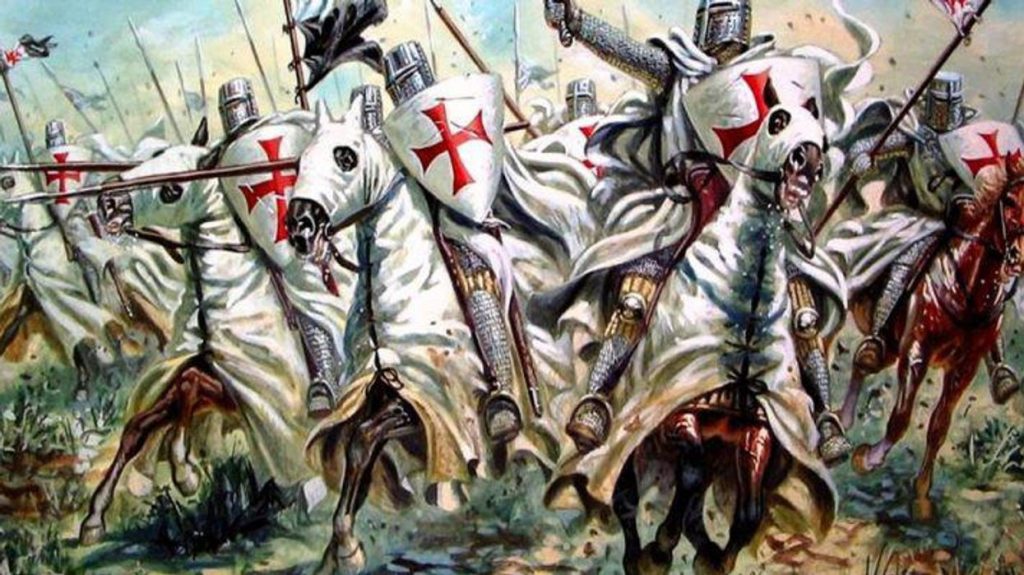 This is the stuff that myths and legends are made of.

The Knights Templar were warrior-monks who transcended their humble roots to form the world’s first multinational corporation. In the process, they laid the foundations for the modern banking system as we know it today.

Here are some critical facts:

Now, here’s the curious thing. Despite their vows of poverty, the Knights Templar actually became quite wealthy and powerful.

Well, eureka. By offering this ingenious service, the Knights Templar became a critical part of European life — and they also diversified into loans, pensions, and wills.

This expanded the power base of the Templars even more — to the extent that they actually became a state within a state. A law unto themselves. Moving and trading freely across borders. And here’s the best part: they could operate tax-free, by virtue of their quasi-religious status.

The end of a dream

Unfortunately, towards the middle of the 12th century, the mood began to sour.

The different European kingdoms started to disagree about their role and purpose in the Holy Land. The political bickering was made worse by the fact that Saladin managed to recapture Jerusalem in 1187, puncturing the myth of Christian superiority.

Over the next century, control of Jerusalem would bounce back and forth between Muslim and Christian armies, even as the European presence in the Middle East steadily crumbled.

What were they good for, if there were no longer any pilgrimages to protect?

Resentments became magnified. And when the dominos fell, they fell quickly.

‘God is not pleased. We have enemies of the faith in the kingdom.’

The Templars were accused as blasphemy, idolatry, and homosexuality — and they were rounded up, detained, and tortured.

Under pressure from King Philip, Pope Clement V also issued his own decree, calling on all Christian kingdoms to arrest the Templars and seize their wealth.

Once this brutal inquisition got started, there was no stopping it. The result was a foregone conclusion. Many Templars were burned alive at the stake, under forced confessions.

This was a sudden and shocking end to what was once an illustrious monastic order.

This was a tragedy — and the motive behind it was arguably a malicious one.

You see, King Philip had been living beyond his means for some time. He had taken up huge loans from both Jewish moneylenders and the Knights Templar. But now, with the French economy slumping and the local currency facing devaluation, the king was reluctant to repay his expensive debts.

So he chose the easiest way out: getting rid of his creditors.

But here’s where the story takes an unusual turn.

Legend has it that Jacques de Molay, the last grand master of the Knights Templar, remained defiant until the very end. He made a statement just as he was being burnt alive:

‘God knows who is wrong and has sinned. Soon a calamity will occur to those who have condemned us to death.’

Sure enough, Pope Clement would die one month later. King Philip would also die shortly after.

The Knights Templar may be gone, but their legacy survives to this day.

Europe is a powerhouse in finance — no doubt building upon the principles first established by the Templars.

In our Quantum Wealth Report, we offer our premium readers the chance to capture cutting-edge trends in banking and insurance. In fact, we recently revealed 2 companies that could be poised to benefit as the world shifts gears.

We understand the power of the mythic past — as well as the critical lessons to be learned.

We also know that the pages of the future have yet to be written.

This could be the best time for you to capture the financial opportunities to come.

Will you be ready for it?