Is the American Financial System Going to Collapse?

Really, I love it.

I love talking to our Vistafolio clients.

It’s enormously rewarding, and it’s always the highlight of my day.

Tradesmen, professionals, business owners — they come from all walks of life, right across the social spectrum.

It’s a responsibility that we take very seriously.

Quite literally, I’ve spent hundreds of hours talking about these topics. Gaining valuable insights on the things that matter most. Hopes. Dreams. And, yes, even fears.

Lately, I’ve noticed that a new urgent subject seems to be coming up in my daily conversations. It can be summed up like this: ‘Is the American financial system going to collapse? When do you think it’s going to happen?’

That’s the kind of existential terror you can’t hide from.

Predicting the end of America? 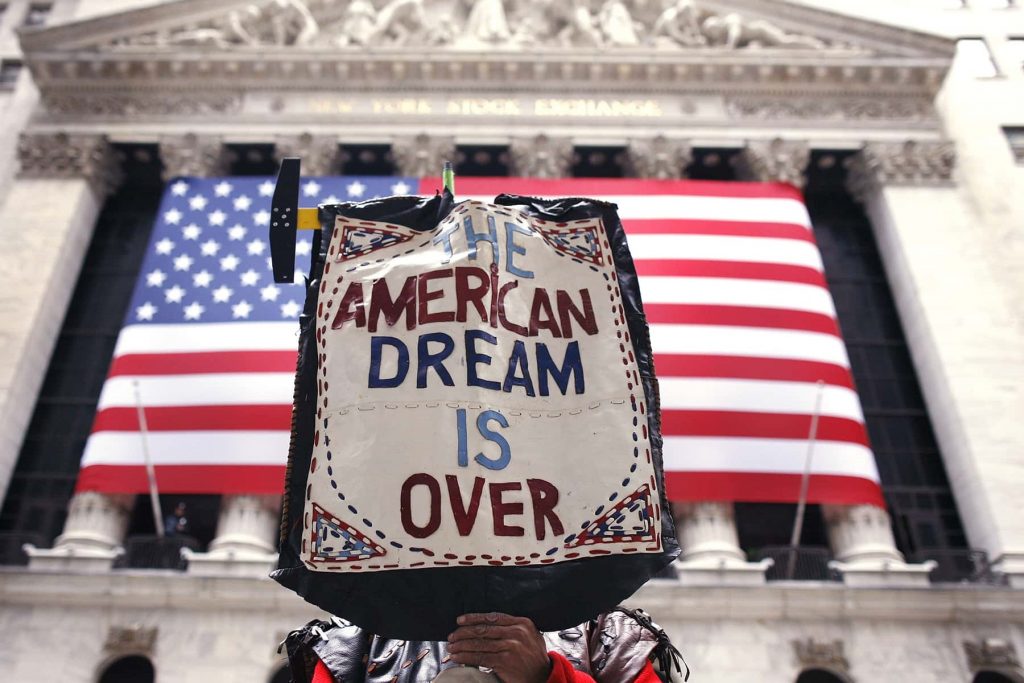 Let’s face it: collective anxiety about our financial future is ever-present and infectious.

It’s been greatly amplified by the 24/7 nature of our media landscape. It’s also been given a signal boost lately by the divisive messages that politicians on both the left and the right are sending.

‘If you don’t elect me and allow me to put this policy in place, America will be finished.’

‘No, don’t listen to him. If you don’t elect me to oppose that policy, America will be finished.’

I believe this has given rise to an entire cottage industry. One based on opportunism. One that is laser-focused on a single obsession: the coming American apocalypse.

Certainly, there’s no shortage of prophets of doom. They keep saying that it’s game over for America. Too much debt. Too much money-printing. Too much moral complacency.

Like a modern-day Rome, the US of A is on the verge of imploding — and it’s going to bring us all down with it.

In the words of Kurtz from Heart of Darkness: ‘The horror! The horror!’

Indeed, the horror is so all-consuming that some people have taken extreme action in response.

How to bet against America

It’s as much a cautionary tale as it is an object of curiosity.

One particular analyst and fund manager — whom I will not name out of professional courtesy — was so convinced that America was going to collapse that he was willing to stake his entire reputation on it.

Between 1999 and 2012, he set up two investment vehicles to take advantage of this foregone conclusion. Both funds were astonishingly bearish and contrarian. They were designed to do one thing: bet against America.

What was the big plan? Well, using complex derivative instruments — like futures contracts — to potentially profit from a long-term decline in the American economy.

This was an inverse strategy, and the fund manager left himself no room for error. He even gave precise dates for when America would crash and burn.

It was definitely going to happen.

His investment vehicles failed to deliver. They ran out of steam, and they were unceremoniously shut down. Because, despite his predictions, America continued to prosper and scale ever greater heights.

Still, this setback didn’t deter him from his prophecies. Like clockwork, he made revised predictions about new dates of collapse: 2013, 2014, 2016.

All these occasions came and went without much incident.

Still, he didn’t give up.

He’s made another bold prediction lately. That we would see the biggest crash in history happen by June 2021. And it would, quite literally, be hell on earth. No one would be spared the pain and suffering.

Obviously, that date, too, appears to have slipped by without anything happening.

The case for American exceptionalism 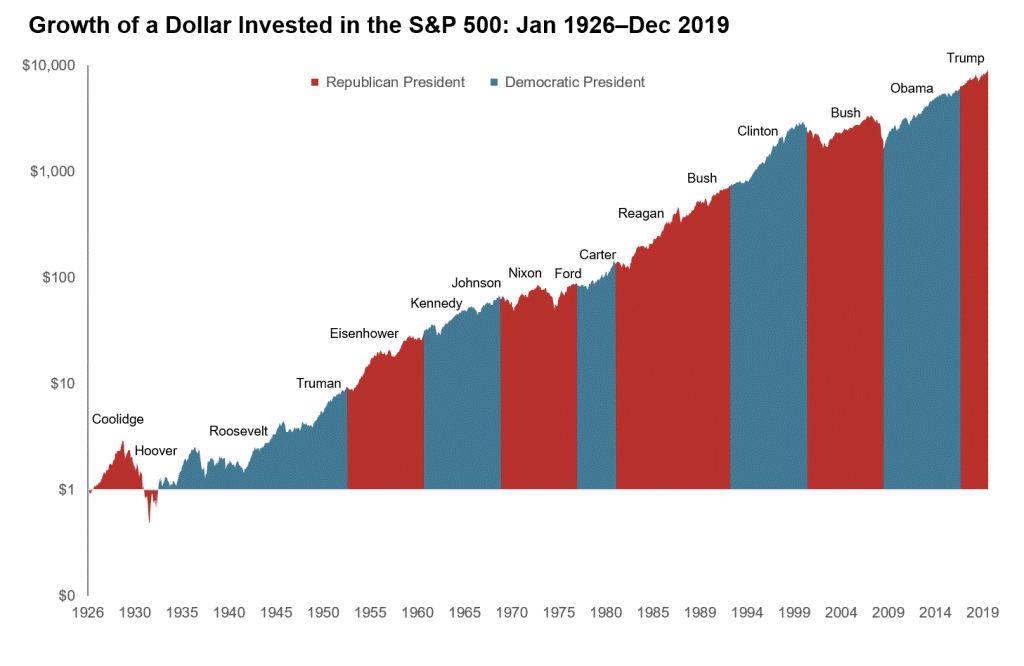 America has seen it all. The entire gauntlet.

The nation has always come out stronger on the other side. 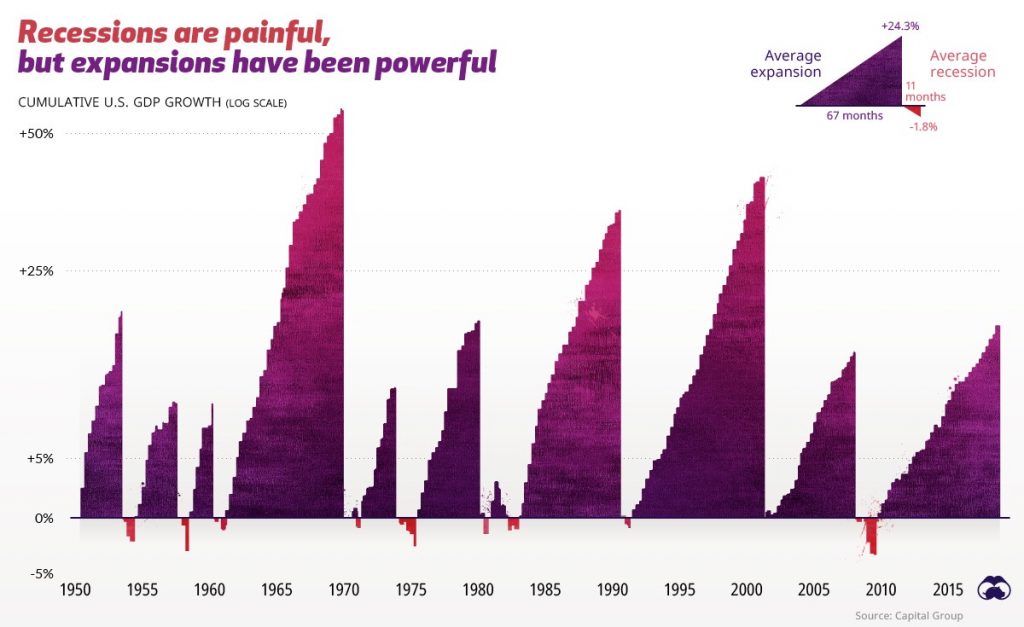 So, here’s the big question: Why?

Perhaps Mark Twain said it best: ‘The reports of my death have been greatly exaggerated.’

Now, if you are a believer in the founding mythology of this nation, then you could argue that reinvention is hardwired into this nation’s DNA.

It goes all the way back to when the first Puritan settlers landed in the New World. One of their leaders, John Winthrop, gave a moving sermon in 1630. He called their new home ‘a city upon a hill, the eyes of all people are upon us.’ 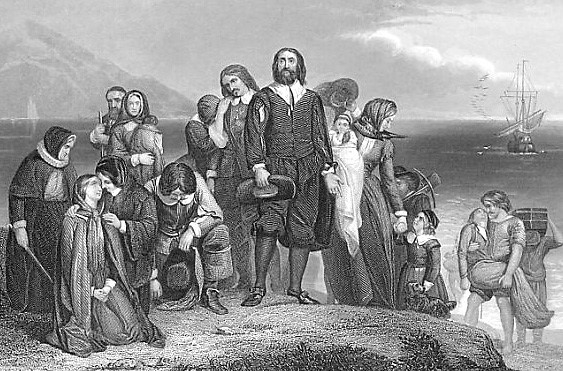 In my previous article on American optimism, I explored the kind of exceptionalism that makes its people regard themselves as unique:

From the horse’s mouth

Now, I want to go further.

I want to explore the viewpoints of three prominent Americans.

No, these are not men from the past, mind you. But men from the present day. I want to give you contemporary personalities you will immediately recognise and connect with.

Whether you love him or hate him, you can’t deny the impact he’s made. He was the first president of colour to rise to the White House. That’s no small feat when you consider that the White House was, in fact, built by African slaves. 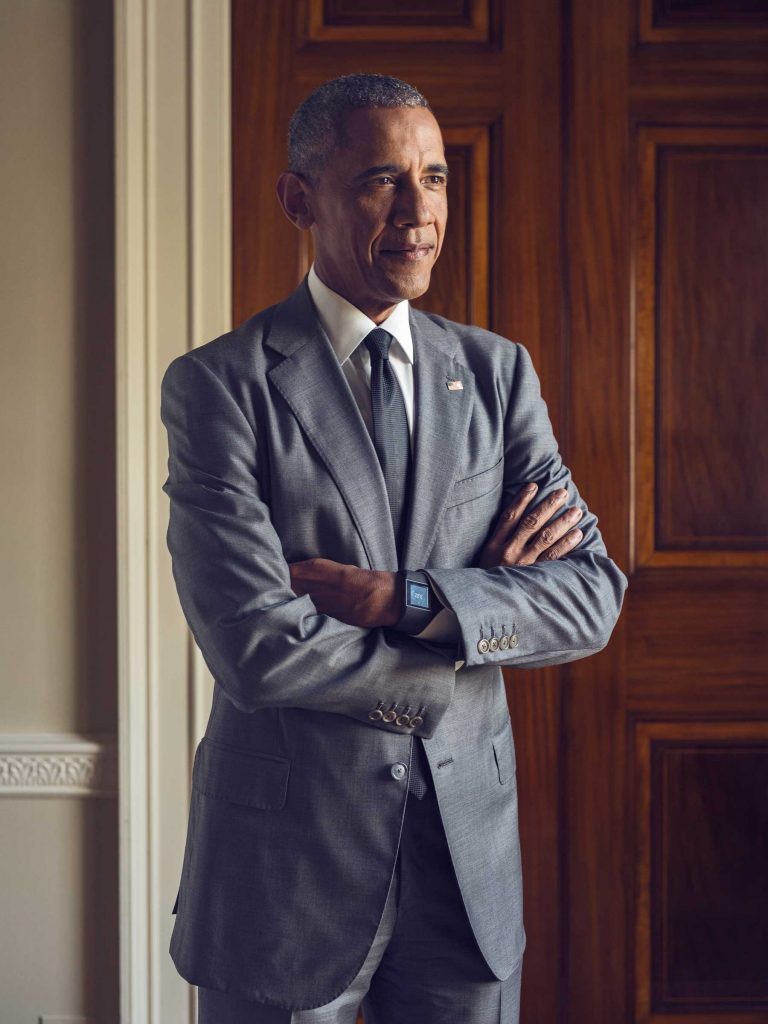 In 2016, prior to leaving office, Obama said this:

‘I believe: We are far better equipped to take on the challenges we face than ever before. I know that might sound at odds with what we see and hear these days in the cacophony of cable news and social media. But the next time you’re bombarded with over-the-top claims about how our country is doomed or the world is coming apart at the seams, brush off the cynics and fearmongers. Because the truth is, if you had to choose any time in the course of human history to be alive, you’d choose this one. Right here in America, right now.’

Now, let’s turn our attention to another personality: Donald Trump.

He’s a real mover-and-shaker who’s defied the odds. The only president who’s ascended to the White House without any previous political or military experience.

Love him or hate him, again, you can’t deny the impact he’s made on Washington and the world. 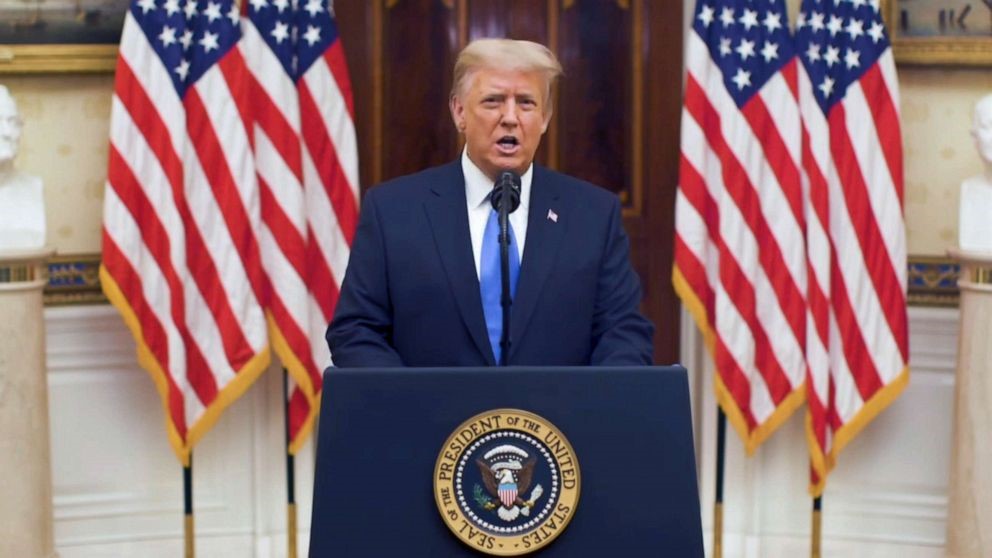 In 2021, during his farewell address, Trump said this:

‘We have the greatest country in the world. We have the greatest economy in the world and as bad as the pandemic was, we were hit so hard just like the entire world was hit so hard, places that don’t they got away with it didn’t get away with it, they’re suffering right now. We did something that is really considered a medical miracle. They’re calling it a miracle. And that was the vaccine.’

Now, last but not least, I want to go for someone a bit more bipartisan.

Someone who’s an investing hero for many of us.

The Oracle of Omaha.

I don’t care if you liberal or conservative, left or right. This man’s wisdom cuts decisively across any political ideology. 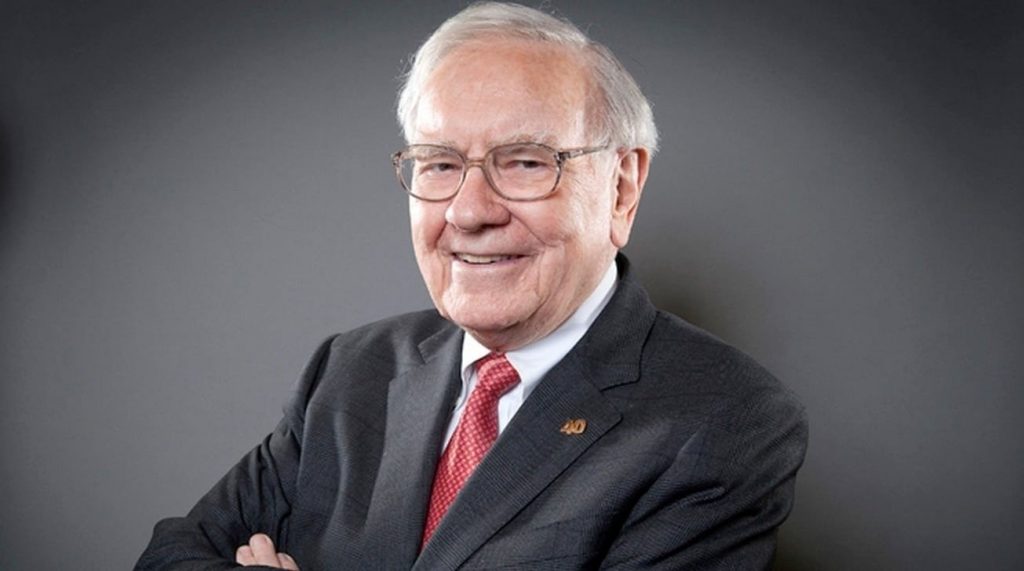 In a recent letter to Berkshire Hathaway shareholders, Buffett explained why he continues to believe in the sanctity in the American Dream.

His words are as poignant as they are captivating.

‘Success stories abound throughout America. Since our country’s birth, individuals with an idea, ambition and often just a pittance of capital have succeeded beyond their dreams by creating something new or by improving the customer’s experience with something old.

‘In its brief 232 years of existence…there has been no incubator for unleashing human potential like America. Despite some severe interruptions, our country’s economic progress has been breathtaking. Our unwavering conclusion: Never bet against America.’

This is Pax Americana

Are you still sceptical about America?

Well, if you are, perhaps you might be rolling your eyes right about now. Maybe you’re even crossing your arms. Heaving a deep sigh. ‘Yeah, yeah. All this is really bright and cheerful and optimistic. But I think what you’re saying is biased propaganda. It doesn’t answer the urgent question of when America’s financial system will collapse. After all, the US dollar must be worthless about now, isn’t it?’

My honest response to that?

I don’t think the American dollar is ‘worthless’, per se. But there’s certainly a point to be made that it’s actually ‘worth less’.

You can chalk that up to rising inflation.

But let’s face it. This isn’t a uniquely American problem. There isn’t a single currency today that isn’t experiencing the issue of diminishing returns. Arguably, this has been made worse by disrupted supply chains and quarantine lockdowns because of Covid.

But, still, don’t forget this crucial fact: America still has a competitive advantage. Its unique brand of entrepreneurship and innovation is second to none. This nation has a dynamic character that, thus far, has not been mirrored in terms of scale anywhere else on Earth.

I can pinpoint the exact area where this intersection happens: the New Zealand Superannuation Fund.

Golly. It’s something that we’ve taken for granted, haven’t we?

We usually expect to receive our pension the moment we turn 65. For some, it’s an extra bit of pocket money. An added privilege that’s nice to have. But for others, it’s a much-needed lifesaver. It keeps poverty at bay.

Few of us, though, really take the time to understand how the NZ Super Fund works. Nor do we usually comprehend the scale of it.

It’s there because…well, it’s there.

Over $44 billion worth of assets.

As tasty and wholesome as chocolate.

But dig into it a little bit, and you’ll come across some startling facts.

Almost 50% of your pension actually comes from America. And closer look also reveals that a big chunk of it comes from investing in names that you already know and use:

So, clearly, the Guardians of the NZ Super Fund are betting in favour of America. And they investing public cash where their professional convictions lie.

This the strongest possible affirmation of what the future looks like.

It will continue to be American-made and American-focused.

At Vistafolio, we believe in American potential. We believe in the courage and ingenuity of free enterprise, as well as the track record that history has shown us.

But we also know that America’s not the only place to find great assets.

For our Eligible and Wholesale clients, we run what may be the only active night-trading desk in New Zealand. And, every week, we aim to buy into exceptional companies in Australia, the UK, Europe. Our focus is on sectors that offer the perfect balance of growth and income.

Despite what the naysayers may claim, the bumps on the road are just that. Bumps. Momentary bumps.