It felt like the dawn of a new day.

The Berlin Wall had come down. The Soviet Union had disintegrated. And the Iron Curtain was being pulled back at last.

On January 31, Moscow itself was transformed by the arrival of an American icon: McDonald’s [NYSE: MCD].

The city’s residents were gripped by euphoria at this new novelty.

They formed heaving crowds, stretching all the way across several blocks.

The staff at McDonald’s could barely keep up with the surging demand.

Here’s how The Washington Post reported on the scene back in 1990:

Factory worker Mikhail Negilko stood beneath a pair of glistening golden arches, preaching to the crowd with the enthusiasm of a convert. He had seen the future — and it tasted good.

“Tell us, what is this Beeg Mak?” shouted an elderly matron with red-dyed hair, looking suspiciously at a line of several thousand Muscovites three blocks from the Kremlin.

“The Bolshoi Mak, comrades,” announced Negilko importantly, clutching three paper McDonald’s flags in one hand and a carryout bag crammed with disposable cups and plates in the other. “The Bolshoi Mak is like something you’ve never tasted before. You take a bun, a very tasty bun, and you cut it in half. Then you add some grilled meat, top quality meat, mind you, not like the meat we get here. Then some cheese, then very many vitamins and …”

Negilko paused to consider the sensation produced on his taste buds by his first encounter with capitalism. “And then you add some spinach. And that, comrades, is the Bolshoi Mak.” Russians generally do not eat lettuce, and many have never seen it.

The optimism in the air was undeniable.

Francis Fukuyama reflects on this moment in his book, The End of History and the Last Man:

What we may be witnessing is not just the end of the Cold War, or the passing of a particular period of postwar history, but the end of history as such: that is, the end point of mankind’s ideological evolution and the universalization of Western liberal democracy as the final form of human government.

Indeed, it was impossible to deny that a major shift in power appeared to be happening.

These systems of government appeared to be stumbling and retreating.

The Big Mac was a status symbol. Tasty, yes, but also representing personal choice and a better standard of living.

Who wouldn’t want to embrace Western-style democracy in order to have these things? 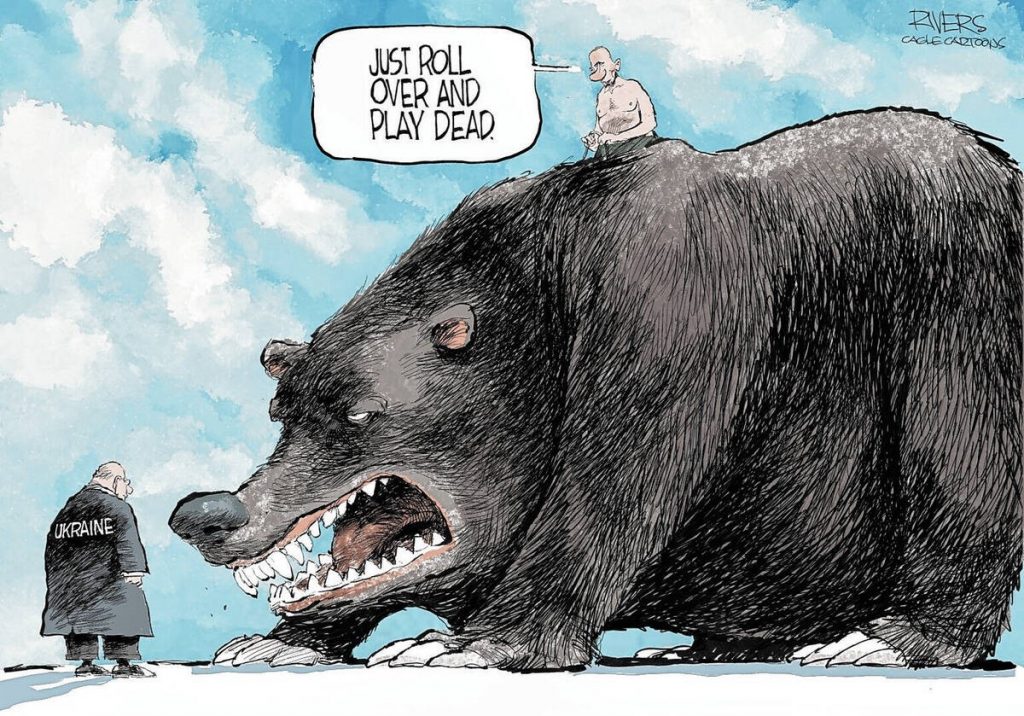 30 years on, it feels like we’re backsliding. Regressing. And Fukuyama’s ‘End of History’ thesis is starting to look less like a messianic prophecy and more like a serious miscalculation.

As we speak, the invasion in Ukraine continues to unravel — and McDonald’s has suspended operations at all 850 of its outlets in Russia. It is now joining other Western brands that are hitting the brakes hard on doing business in the country.

This is a stunning role reversal. A poetic tragedy.

The Russian Bear in the 21st century is more angry, more resentful, and more xenophobic than ever before. Putin has made it clear he is rejecting the rules-based international order, and he is on a mission to purge Western influence from his orbit.

This raises the question: was it too complacent to assume that Big Mac values could win over Russia in the first place?

I’ll leave it to the historians of the future to figure this one out.

For now, as the economic sanctions mount, here is our most pressing concern: a sharp disruption in commodities like oils, metals, and grains.

Prices are soaring. Supply chains are struggling. And the global markets are floundering for direction.

But where there is volatility, there could also be opportunity.

In the words of Winston Churchill: ‘Never let a good crisis go to waste.’

So, with that in mind, here are 2 speculative commodity ideas that investors with a strong stomach for risk could potentially explore…