How The Queen’s Gambit Made Me a Better Investor

I didn’t expect to learn investment lessons from a show about chess, but that’s exactly what I got when I binge-watched all seven episodes of The Queen’s Gambit.

It ranks high on the Netflix [NASDAQ:NFLX] platform — which means a lot of people are as hooked on this gem as I am.

It’s not hard to understand why. This show has fantastic atmosphere, great acting, and a compelling plot that touches on emotional themes we can all relate to. 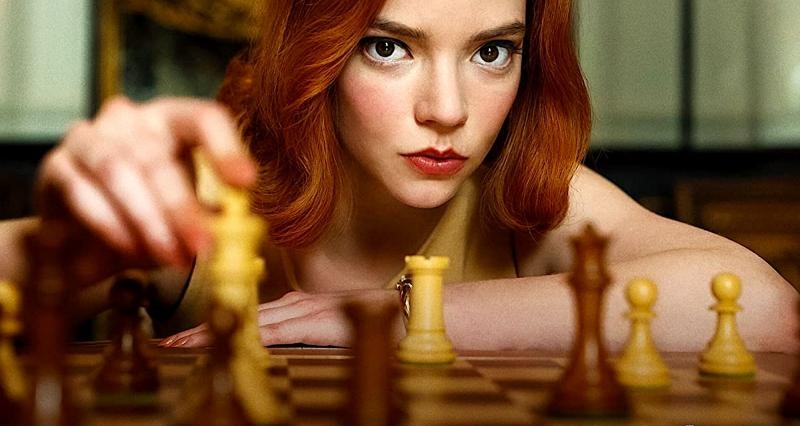 Set in the ‘50s and ‘60s, The Queen’s Gambit starts off in humble Kentucky, then steadily expands in narrative scale.

Eventually, it all builds up to an epic Cold War showdown in Moscow — young American chess prodigy versus middle-aged Russian grandmaster.

This is the most compelling drama I’ve seen in quite a while — and here’s why.

The show’s protagonist, Beth Harmon, is no stranger to tragedy.

At the age of 9, she survives a car crash that kills her mother, but leaves her standing without a scratch.

Beth is sent to a Christian orphanage, where she nurses emotional scars and develops an addiction to anti-anxiety medication.

It’s pretty harrowing stuff for a child to deal with. It feels like she could lose her sanity at any moment.

But there’s an unexpected twist here — the janitor of the orphanage recognises that Beth has an unusually perceptive mind. So he teaches her how to play chess in the basement, and she takes to the game like fish to water, devouring all that he has to teach her.

Soon enough, it’s clear that chess isn’t just a hobby for Beth. It’s her salvation. Her obsession. And in the show’s most remarkable CGI visual flourish, we see the chess moves and countermoves happening through her eyes.

‘Chess isn’t always competitive. Chess can also be beautiful. It was the board I noticed first. It’s an entire world of just 64 squares. I feel safe in it. I can control it. I can dominate it. And it’s predictable, so if I get hurt, I only have myself to blame.’

Understanding the patterns. Taking control of your destiny. You just need to have an open mind.

Lesson #2: Your conviction can overcome obstacles

So, as a girl, Beth isn’t treated very seriously at all.

Even when she’s taken out of the orphanage and adopted by a middle-class Kentucky couple, they regard her passion for chess as an oddity. They believe that a girl like her should be doing more ‘normal’ things.

Even when Beth ventures out to regional tournaments for the first time, the organisers and players — who are almost entirely male — treat her with disdain and neglect.

But Beth is determined to punch through social convention — and as she demolishes opponent after opponent on the chess circuit, her fame starts to rise. Her unorthodox genius is acknowledged. She starts going places.

Contrarian investing is a lot like that as well. To find value and growth, you have to be willing to go beyond the mainstream.

Don’t just follow the crowd for the sake of it. Develop your own conviction and let that be your guide instead.

Lesson #3: All the talent in the world is worthless if you can’t control your impulses

Beth is a rebel and a prodigy. And because of her childhood trauma, she continuously wrestles with fierce demons, driving her to drug and alcohol abuse.

This has a huge impact on her playing style — which is focused almost entirely on instinct and compulsion.

Beth doesn’t enjoy formal study. She prefers to visualise and adapt instead. She likes to play it loose and fast.

And why not? She rationalises that her raw talent and ability have gotten her this far. 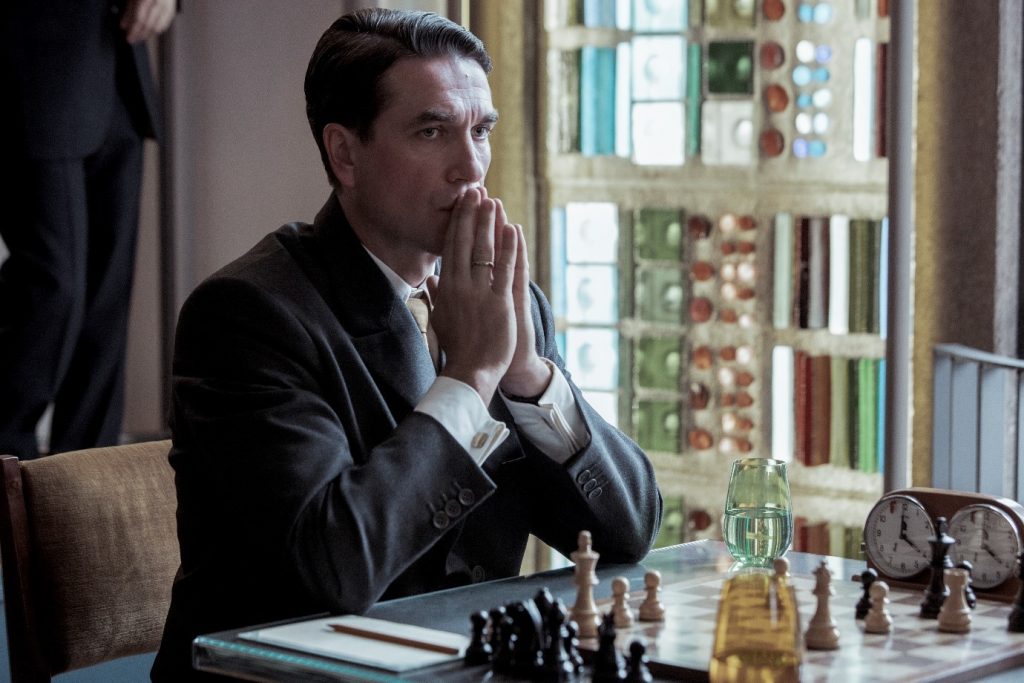 But those wild impulses become a problem when Beth goes up against Vasily Borgov — the Russian grandmaster who exercises almost supernatural focus and calm.

Borgov is all about iron will and discipline. His endgame technique is known as the ‘Closed Variation of the Sicilian Defence’ — which appears unstoppable.

*Spoiler alert* Beth plays Borgov for the first time in Mexico City, and then again in Paris.

During both matches, Beth loses horribly.

She lacks focus. She lacks discipline. She gets flustered and crumbles too easily.

When a third match with Borgov looms in Moscow, Beth realises that she is facing the hardest fight of her life. It’s not just her own pride that’s at stake, but the credibility of the United States.

This is a Cold War competition — and the Soviet propaganda machine is in full swing. They would love nothing better than to beat an American on their own soil.

So, this is make-or-break for Beth. She has to stop drinking and popping pills. She has to learn how to rein in her impulses. And she has to prepare like she’s never prepared before.

That means doing what doesn’t come naturally to her: research and study.

Can she do it?

The Russian concedes and applauds her tenacity.

At long last, she has crossed the final mental barrier; committing herself to playing chess with discipline and consistency.

And you know what? Successful investing is a lot like that as well. You have to do your homework. You have to control your impulses. And, most of all, you have to understand that discipline is the true secret of success.

What works for Beth can also work for you.