Was this little girl finding joy in this tragic event? Gaining satisfaction from misfortune?

Was this — gasp — what the Germans like to call schadenfreude? 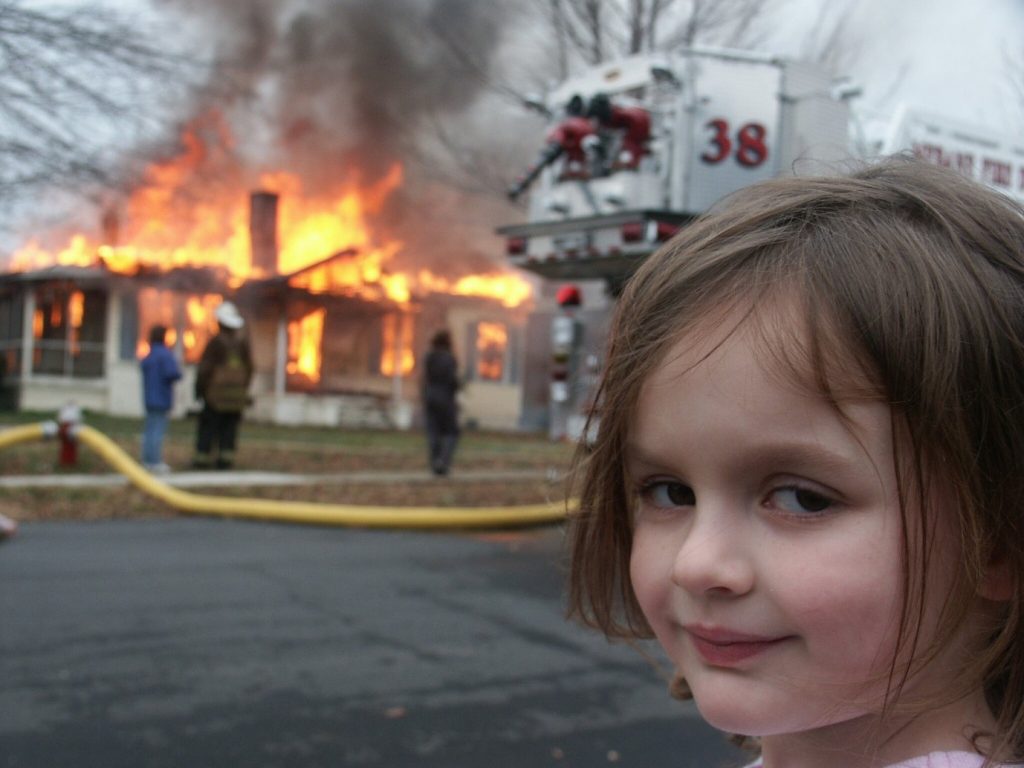 Dave, Zoë, and the rest of the family were simply residents who had come out to watch.

And why was Zoë smiling?

Well, hey, it was Dave who had encouraged her to pose.