Last night, Europe was down heavily.

The most I’ve seen in a long while:

Was it the Fed rate hikes on the horizon?

Ongoing nerves around the Covid-19 situation?

Well, rate hikes following inflation can actually lead to stock market growth, especially amongst firms able to raise their prices. We’ve seen this in the rally of the previous few weeks.

As for Covid-19, we see relief and upside.

The WHO Director for Europe said in relation to Omicron: 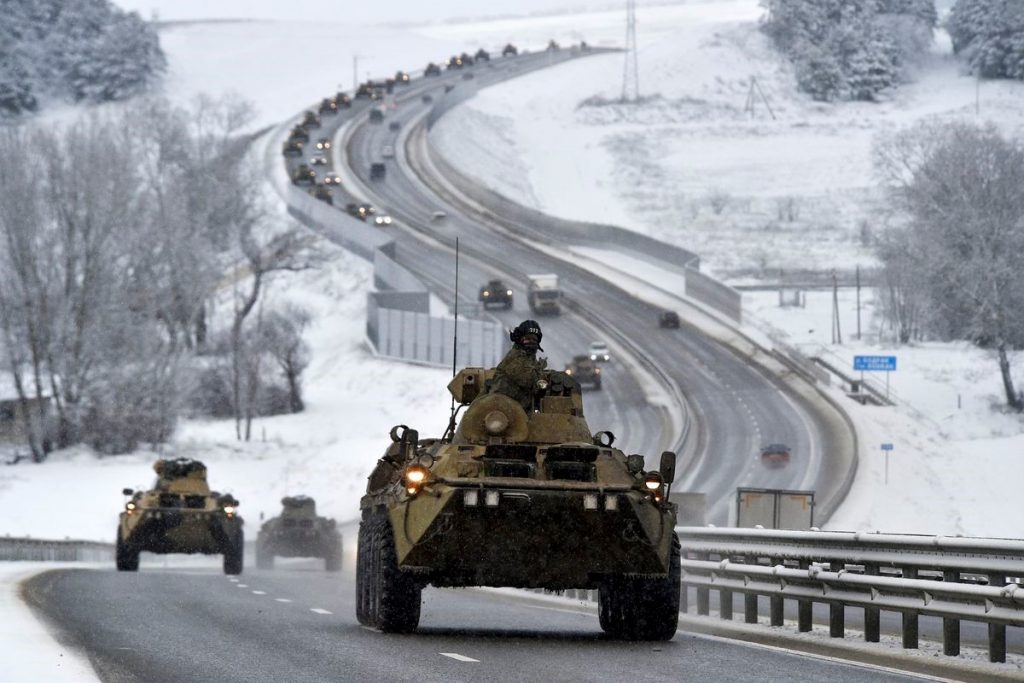 Source: Vox/AP. Russia has concentrated an estimated 100,000 troops near Ukraine.

This morning, the US markets bucked back up.

The drawdown thus far seems to be Europe-centred. And this is probably due to Putin’s brinkmanship in Ukraine.

But could the fear actually be oversold?

Remember: the Russian economy is smaller than that of Texas. In recent years, it has been hit hard by American-led sanctions. The nation has lost billions in foregone revenue.

Since 2014, the Russian economy has only grown by an average of 0.3% per year. Meanwhile, the global average was 2.3% per year.

So Putin’s strategy now could be an attempt to play a game of brinkmanship. Pushing and testing the West to extract concessions.

This situation could evolve into low-intensity conflict filled with sabotage, provocation, and misdirection — but stopping short of going fully kinetic and erupting into a hot war.

With Putin and the West staring eyeball to eyeball, will someone blink first?

If you take that view — or are willing to speculate — this drawdown in Europe could be temporary. And it could thus represent opportunity.

For more detailed analysis, do check out our latest Quantum Wealth Report.