NZ’s Travel Recovery: Is Now the Time to Invest?

We hired a driver and a van to take us to the eighth wonder of the world.

Flying into Queenstown, he drove us to Te Anau and then on to Milford Sound. Sitting in the front seat, he told me about his clientele before the pandemic. Plenty of wealthy American tourists and big spenders from the Gulf states. One Qatari spent nearly $10,000 on manuka honey.

And he has driven John Howard when he was the Australian PM. The King of Tonga. Some celebrities he will not disclose. 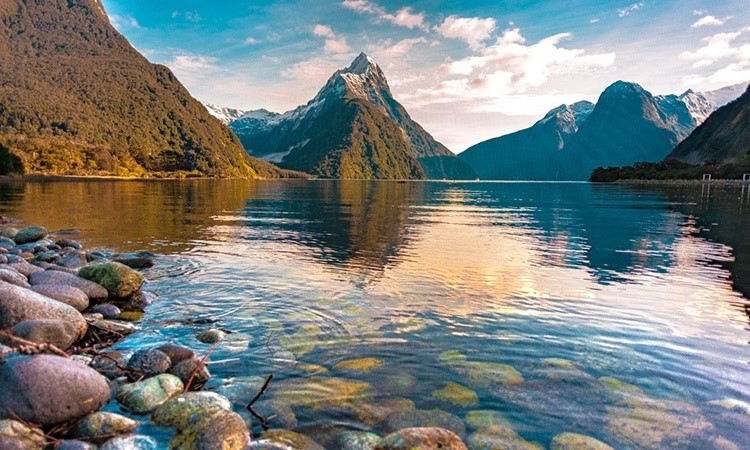 But since March 2020, his business — a tourism service with around a dozen vehicles — has been decimated.

‘We’ve lost 90% of our business since then,’ he said. ‘We’ve had to let drivers go. We’ve had to get rid of vehicles and not buy any new ones. We’ve been dependent on wage subsidies to survive. And resurgence payments to cover other expenses, particularly finance leases on our vehicles.’

I see now why so many people in Queenstown are happy to see us Aucklanders. We’ve been doing it tough through a long lockdown. But they’ve been doing it just as tough with many businesses brought to their knees.

The hotel we stay at, normally a good one, is looking tired from long periods of vacancy. I was nearly unable to write this post, since the keycode on the in-room safe fell apart, trapping my laptop inside.

Fortunately, maintenance was able to restore power to the safe door, trigger it to open, and get me going again. But the problem could have been more complex and harder to resolve.

So, has Covid created economic problems that will be difficult to resolve? Can we simply trigger the economy open and get it going again? Is there a robust share set to benefit?

This country is now facing a different economy. And a different world. Debt has amplified all the risks.

The borders cannot stay closed forever. The government cannot keep adding to the national debt by funding the wages in a large number of affected businesses.

The problem with this is the trajectory. Without a corresponding increase in the tax take, this debt will increase further. Treasury projects it to peak at around 53% of GDP in 2023.

Given that New Zealand is unusually vulnerable to natural disasters, the previous fiscal strategy had been to keep the national debt ‘no higher than 20%’. That was meant to be the target for 2020, before the pandemic hit the radar.

We are now approaching the 50%-60% zone, widely considered as the danger-zone limit globally, particularly for smaller states without reserve currencies.

Indeed, EU criteria for member states is that government debt of any state should not exceed 60% of GDP, and any budget deficit must not exceed 3%.

When national debt reaches 53% of GDP, there is essentially no room for another Christchurch earthquake. A Wellington earthquake. Or…heaven forbid…an Auckland volcanic eruption. Without placing the economic future of the country in peril.

Covid-19 has ‘maxed out the credit card’, and it’s time to consolidate.

Hope around the corner?

By definition, the borders have to reopen soon.

New Zealand’s ‘phased border reopening’ has now been moved out to the end of February 2022 due to the risks of the Omicron variant.

For investors, this moves opportunity to the medium-term, rather than the short-term.

One business that could see its share price lift further in the medium term is Auckland International Airport [NZX:AIA].

Since March 2020, the business has seen steady recovery in a smashed share price.

It has yet to resume dividends that were cut due to the pandemic.

A full border reopening and resumption of dividends could see a further lift.

Let’s take a brief look at the prospects.

Thanks to a well-supported capital raise in 2020, debt to equity sits at only around 17%.

Previously, the business had a policy of paying pretty much all of net profit after tax out as dividends. This was suspended from the pandemic and is set to remain suspended under banking covenants until December 2021.

This means that in 2022, as travel recovers, we could see a return to dividend. This could mean a further boost to the share price, since the airport is an income-focused stock.

At $7.80, it is not a cheap stock. But once the borders reopen — if airline demand resumes — this business has an enviable moat.

That is increasingly hard to find.

For Auckland Airport, the border is the key. It processes around 70% of New Zealand’s international visitors as the main entry hub. They then travel onward to tourism spots like Queenstown and Milford Sound. Where they hire drivers and buy manuka honey, amongst other activities.

From where I’m sitting, I can see that with rising national debt, a tourism sector hanging on by threads, and a housing market looking more precarious, the borders are going to have to reopen. Fully. And sooner rather than later.

Travel and immigration are going to serve again as our economic life rafts. We don’t have enough other productive industry, and where we do, it is being strangled by regulation.

The airport could represent one of the few gateways to recovery from the outside. With benefits flowing to many other areas and businesses.