Why the NZME [NZX:NZM] Share Price Is Up 89% This Year

This time last year, the NZME share price was in the doldrums. Hit by Covid-19 fears over a decline in advertising. Still smarting from the Commerce Commission’s refusal to allow them to buy rival Stuff.

Fellow investors were telling me they saw no future for the Company.

I heard comments such as…

‘Traditional media is being fragmented and cut out by social media.’

Fortunately, there were a few things that caused me to ignore this noise. And keep my shareholding.

NZME has performed beyond expectation.

In fact, it has outperformed the market by nearly 90%! 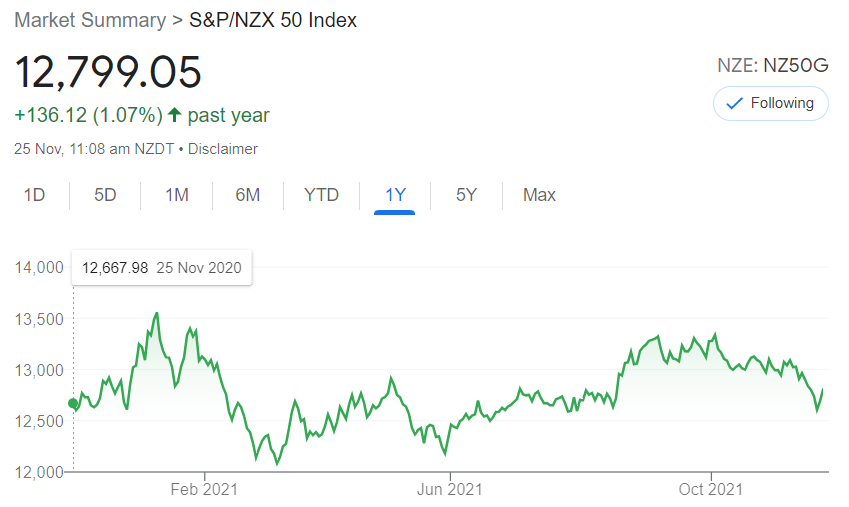 Over the same period, NZME’s share price has grown almost 89% (at the time of writing): 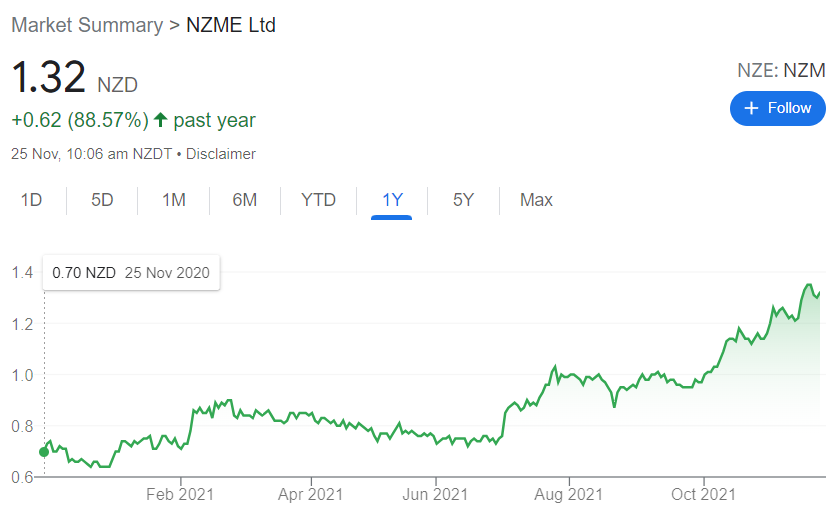 The Company’s rapid recovery and share price growth has been aided by some key developments:

Last month, NZME’s cash position strengthened even further with the sale of GrabOne for $17.5 million.

I thought it was time to sell GrabOne. In my opinion, this brand was looking a bit tired and needed a new owner with the ability to specialise in the deal space. Competition was also emerging from First Table, Groupon, and others.

We now potentially see a no-debt media business with some moat in key assets. And rapidly increasing digital revenue.

In fact, last week, NZME CEO Michael Boggs confirmed the debt position. And that golden acknowledgement of excess cash — the intention to return some to shareholders via a buyback in early 2022:

‘NZME’s balance sheet is in a strong position, with net debt having been reduced to zero, well below our target net debt range. This has allowed the Board to support a distribution of up to $30 million to shareholders, with an on-market buyback being the most effective method.’

Where could NZME go from here?

For investors interested in the future potential of the Company, I encourage you to check out the recent Investor Day Presentation.

This outlines the strategy going forward which has strong focus on audio assets, the Herald, and OneRoof.

With a P/E ratio now of around 15 at the current share price, NZME is no longer cheap. Though there is little else prevalent at reasonable value on the NZX.

In any case, with NZME, the market seems to have moved on from concern over print bleed and is seeing value in the digital-led growth.

The New Zealand media environment is still highly competitive. And I see alternatives with social media and a host of other providers.

NZME management has proven itself very adept. The return to favour with investors is well deserved. Though government support has played a role — arguably worthy, too, since journalism is important, and that same government denied their ability to consolidate with Stuff.

Given the price and risks, I’m seeing NZME as a ‘hold’ right now. Given my desire for income, a very positive ‘hold’, even ‘buy’ at a sharper price.

My opinion only, of course.

But there will be many investors who consume NZME media. Listen to ZB. Read Herald Premium. Look for property on OneRoof. They may like some strategic exposure to this country’s leading media business.

Of course, there are opportunities further afield that could offer higher growth potential. We cover those for our premium subscribers in our Quantum Wealth Report.