The Italian Job: In Short Supply for the Young

A few years back, I was enjoying rural Piedmont, Italy. Barolo wine country. But even in this delectable environment, as the sun sets, the sense of safety and peace disappears.

Rowdy youth on motorbikes start revving up the main street. To hang out in the piazza. They’re probably harmless. Still, any such aimless yet energetic group has the power to intimidate tourists.

Italy is Europe’s second-largest manufacturer and runs some of the largest trade surpluses in the world. Yet it suffers from the worst possible economic blight on a nation’s performance. Very high youth unemployment. 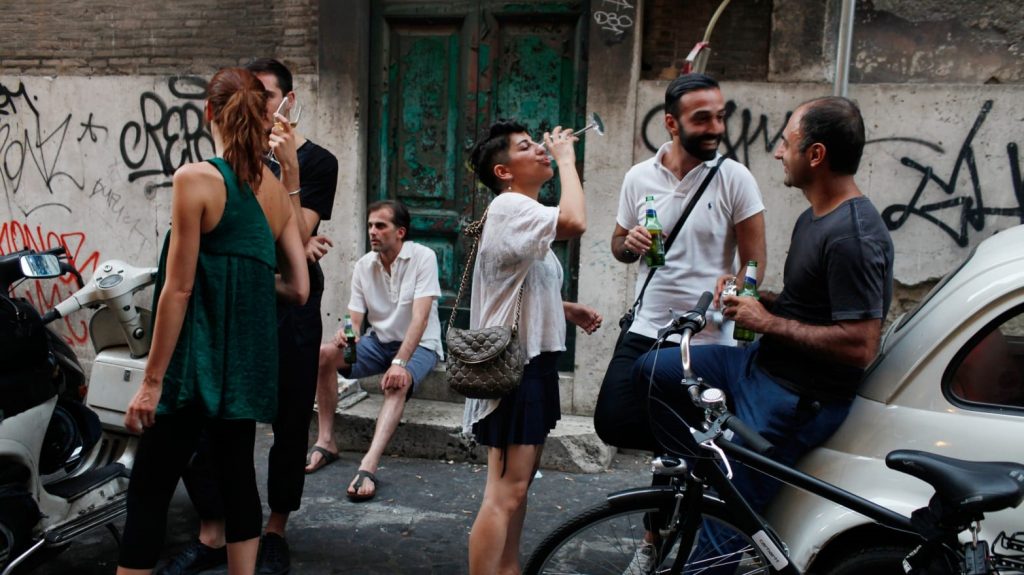 Almost 1 in 3 Italians aged 20 to 34 do nothing. The country has the highest rate of NEETs (neither in employment nor in education and training) in Europe. Many still live at home.

The number would be even higher if more than 2 million of them had not left the country since 2008. In search of better opportunities.

How did such a dynamic export country get it so wrong when it comes to employment? And what are the lessons for other economies and investors?

The key issue is that many young Italians fail to reach financial independence. In 2018, two-thirds of those aged 18-34 still lived with their parents. A far higher rate than in other developed economies.

As you might expect, this prevents many from having their own children. It suppresses the usual pattern of demand created by new households. The fertility rate drops, the population continues to age and diminish. And the economy becomes more reliant on exports and savings.

What has caused this problem?

Unemployment is a greater blight than inflation, since it signals an economy is unable to use its productive capacity.

One problem that keeps coming up in Italy is that many young people are ‘overqualified’.

A polite way of saying that their education, focused on theory, has not prepared them for the workplace. Many graduates favour the arts, when the productive demand is for STEM (science, technology, engineering, and maths).

The other issue is that many of Italy’s exporters are family businesses with low levels of productivity. Hiring tends to be more nepotistic. They are concentrated in the more prosperous north of the country.

And since the introduction of the euro, many have failed to compete pricewise with competitors like Germany. Whereas, before, the country was able to lower the lire to be more competitive.

Then there is the familiar Southern European problem of excessive bureaucracy. And corruption fuelling high levels of tax avoidance.

In such environment, it is hard to fund an agile public education system. Let alone ensure students are prepared for the complex set of economic circumstances they will face.

As one of the oldest countries in the world, you would think Italy has had time to learn these lessons. But it has also had time to build up the baggage of the past, which can be more difficult to shake free of. Especially when youth enter a cycle of mismatched training, failure to launch, and fertility decline.

A key lesson for young people is to focus their training on becoming economically viable as soon as possible. Education that does not meet demand from employers or can readily be applied to business opportunities should be left to one’s leisure time.

Investment in productive and competitive businesses is also a key.

It has become more and more difficult in most industries and export sectors to compete on price. You need a competitive advantage. And that requires talent and innovation.

Do not start a business unless you have found a niche that you can exploit through a better idea.

Do not invest in businesses unless they have some area of competitive advantage that may be reaped.

Opportunity beyond the radar

Yet, as with many things, addressing a crisis creates opportunity.

Italy has announced credible and drastic policy to reduce youth unemployment. It is incentivising investment in digital transformation and climate friendly development. And it has garnered the largest share of the EU’s 750 billion euro Covid recovery pot to help it do so. Some 192 billion euro to deploy over 6 years, with former ECB Chief, Italian Prime Minister Mario Draghi, in the front seat to ensure it is not wasted.

There is no lack of potential or opportunity in Italy — a country with the world’s second highest life expectancy from birth. Deserted rural villages are being resurrected with the sale of ‘1-euro’ renovation-required projects to seachangers around the world.

Italian households show higher net wealth than Germany or North America. And investor and entrepreneur start-up visas provide a very attractive path to EU residency with investment from as little as €50,000.

Since we began looking at opportunities in Italy for some Wholesale Portfolio Clients, we have found a very promising real estate pick there sitting at value. Crisis can generate opportunity.

When it comes to economic risk, severe unemployment can be a more serious problem than inflation. Or worse: When these twin evils combine and you have stagflation.

But unemployment, especially youth unemployment, also signals misallocation of resources. And that can be changed with some strategic direction.