Living on a small island in the English Channel, you become aware of the tide.

The island doubles in size when it’s fully out. And it moves so fast. If you’re on the beach, you would struggle to outrun it.

Back in New Zealand, I’m living by the tide again in Auckland Harbour. It moves more slowly. 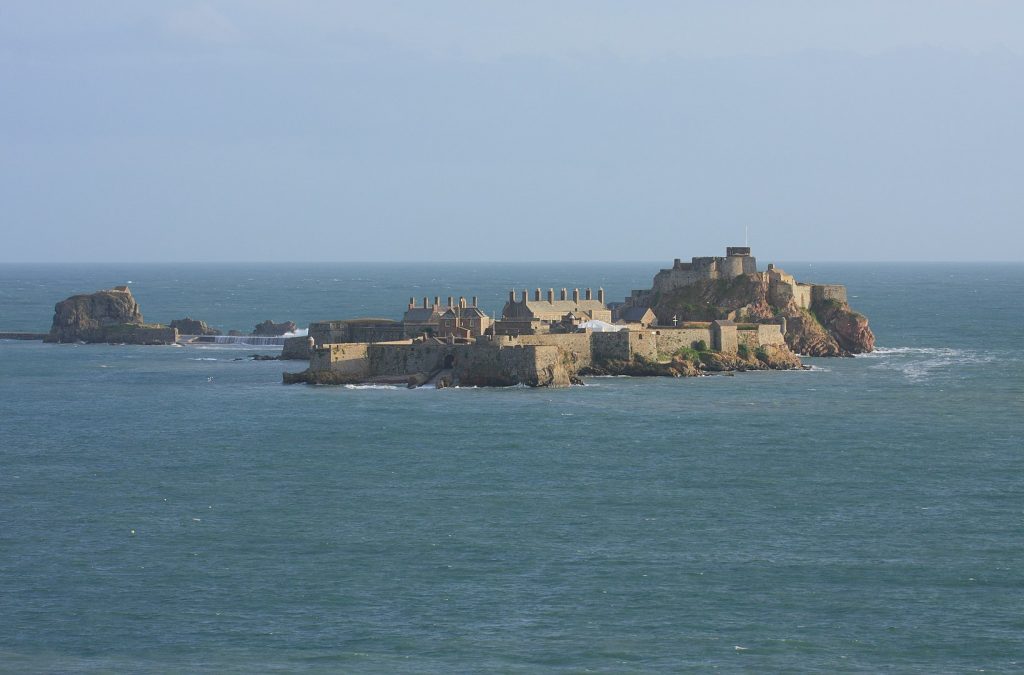 A small jurisdiction, New Zealand is leading the way with higher interest rates coming in.

In this article, I wanted to take a bird’s-eye view on a series of things that are on people’s minds:

From where I’m standing — with 30 years investing in financial markets — the tide looks to be coming in pretty fast.

How are retail mortgage rates and term deposits set?

Much like a smoothie. There’s a bunch of ingredients that are thrown into the mix. But there’s also a dominant base.

This is the ‘wholesale’ rate at which retail banks can borrow money from the Reserve Bank to fulfil their lending requirements. They might pay about 50 basis points above this rate to access it.

While banks have other funding sources, the OCR — as the rate of last resort — provides a price-setting mechanism. It drives expectation. It has immediate effect on retail interest rates.

The Reserve Bank of New Zealand sets the OCR eight times a year. About every six weeks. They do this via their Monetary Policy Statements. The next is due 24 November.

Under the Reserve Bank Act 1989, they were given autonomy to focus on monetary policy after a disastrous period of runway prices and interest rates. Up until now, that has worked well.

According to the Bank: ‘The current Remit requires the Bank to keep inflation between 1 and 3 percent on average over the medium term, with a focus on keeping future average inflation near the 2 percent target midpoint.’

During Covid, the government has also been asking them to consider house prices and employment. A departure from the previous independence. Debt to Income ratios and LVR restrictions have now been added to the mix.

In these strange times, the Bank has overshot as it sought to insulate the economy from lockdowns. It also bought up bonds to reduce interest rates (large-scale asset purchases). And the government pumped in wage subsidies.

This silent thief is deadly for wealth, particularly for those holding bank deposits.

Aware of this, and seeking to constrain inflation back below 3%, we may expect the Reserve Bank to continue hiking rates. Albeit gently to avoid shocks. They will further consider the global and local economic situation — which has a wider bearing on interest rates as we’ll see.

As you might expect, your neighbour’s mortgage might be funded, in part, by your term deposit. At one stage, banks were getting up to 70% of their mortgage lending from term deposits.

I doubt it’s this much these days. Rates are so low that we see people switching out of them, embracing risk assets like shares and property.

Yet this part of the mix also helps set interest rates. When term-deposit sources drain away due to low rates, banks may wish to increase them to be more attractive. This is what we’re starting to see now. It’s a delicate balance.

The tide looks to be turning suddenly, with term deposits coming to the fore again.

Within the lending market, banks look to manage their lending risk by swapping rates for periods of time. Since most lending in New Zealand goes into housing, these swaps are used to deal with fixed and variable mortgage terms.

As the OCR and interest on government bonds increase, these swaps increase as banks perceive greater mortgage risks.

The rates charged to the New Zealand market depend on the risk weighting that foreign lenders apply to this country. And the interest rate and inflationary situation in their own markets.

When it comes to the global funding market, every country has a risk premium.

This is a market calculation. It depends on how risky foreign lenders and investors perceive a country to be. And any premium they may demand. That depends on the country’s level of national debt, household debt, economic stability, and growth.

Technically, this comes down to the ‘risk premium on lending’ — which is the lending rate minus the treasury bill rate on government bonds.

As you may expect, some of the highest risk premiums are found in countries like Argentina. Where inflation has been uncontrolled. And lending rates are often over 30%.

Though nothing like we see in South America, there are a few forward concerns for New Zealand going forward:

Ultra-low interest rates have worked exactly as expected. But central banks and governments have overshot as they’re want to do. There’s now too much money in the system. Once the toothpaste is out, it’s hard to get it back in the tube.

Look at the situation here in New Zealand. Home prices up 27% over the year since Covid, in a $1.5 trillion market.

This is the equivalent of adding around $300 billion in equity to the country. That’s more than the entire GDP of around $210 billion!

Then there’s the disruption itself.

While the pandemic pushed many businesses to the brink — some over the edge — it also constrained supply. Demand whipsawed with reopening. A reopening supported by increased savings and cheap money.

You don’t need to look too hard to see rising costs in construction, oil, transport, and labour. As those costs continue to rise, they become harder to get control of.

The notion of transitory inflation came from a speech by Treasury Secretary Janet Yellen. Her justification was that lockdowns posed economic damage. And following a period of inflation, we’d face a global slowdown.

In actual fact, the response to Covid appears to have unleashed a tidal wave of ‘printed’ money. And a rush of released consumers ready to borrow and spend it. Fearing inflation, many in this country have been willing to put a lot of money into very expensive housing.

Once you get inflation over 5% with cost pressures, people start demanding higher wages. As this spreads across the economy, inflation spirals. And that could take a heavy hand from central banks to bring it back under control.

What is the outlook for these rates? How can investors access cheaper wholesale rates?