Why the Province Resources [ASX:PRL] Share Price Is Up 1,600% This Year

Earlier this year, Province Resources [ASX:PRL] announced plans it would acquire a company with green-hydrogen generation licences in Western Australia (WA). The share price has been rising swiftly ever since.

PRL is a resources company with a market cap of around A$180 million. Previously, it was fully focused on mining copper, gold, nickel, cobalt, vanadium, and other mineral opportunities. The hydrogen licences are a new opportunity.

Back in May, the Company received commitments from sophisticated investors to raise $18 million from a private placement at 15c per share.

These funds will be used to advance work at the Carnarvon site in WA. The area averages 211 sunny days per year and has high wind speeds, making it suitable for solar and wind energy generation. 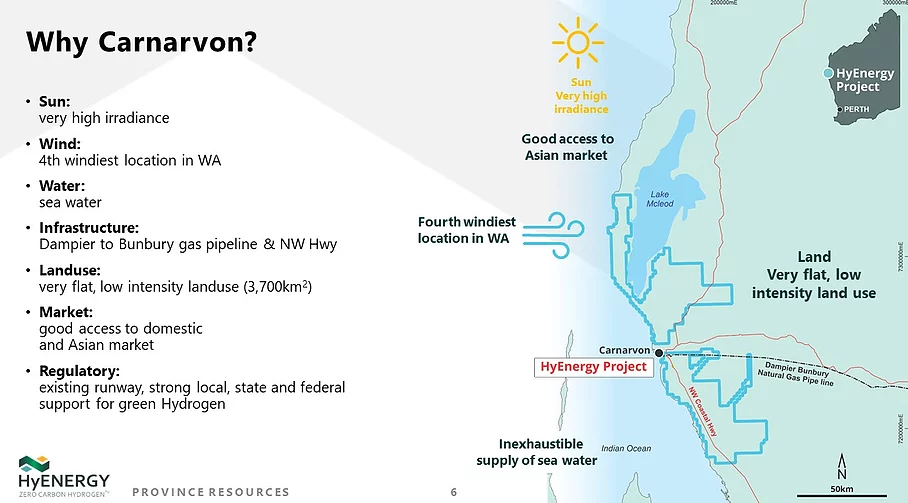 First, a potential investment in PRL (following this clean energy project) has a lot of impetus. There are no guarantees they will be successful. But many speculative, large, and some institutional investors are seeking exposure to the possibility.

Here’s what’s happened to the stock price since the announcement of the hydrogen opportunity: 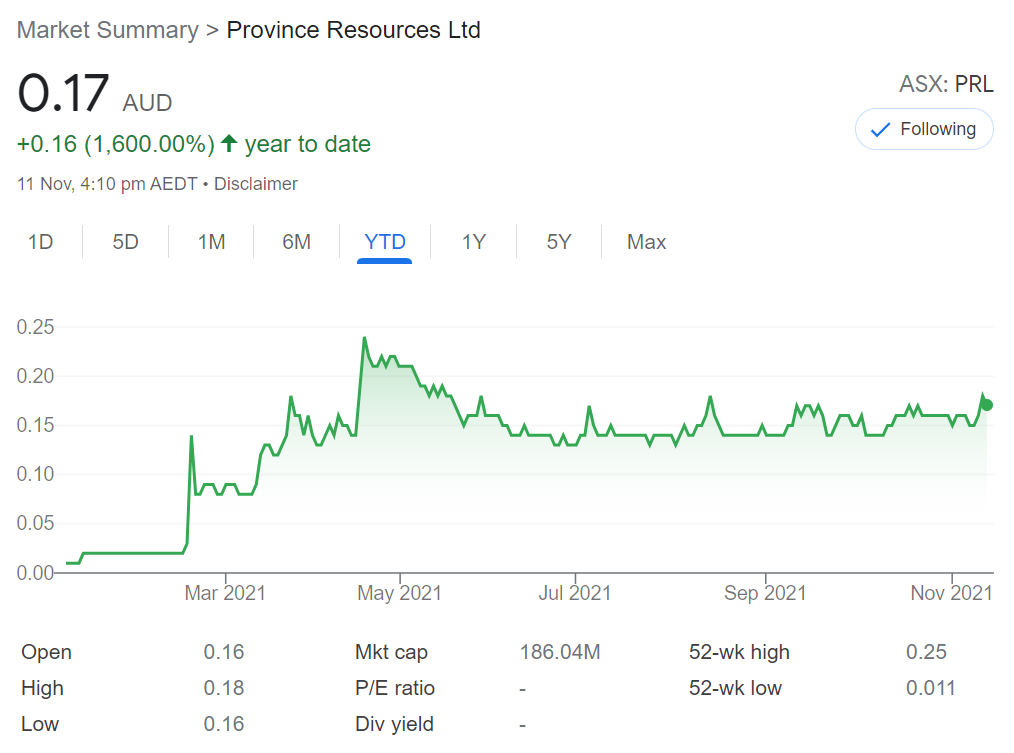 From February, the stock price went on a tear after doing nothing for years. It has now jumped 1,600%. So it has our attention.

2) There is an existing business here

It has previous history in speculative exploration projects in Western Australia and Scandinavia. In particular, targeting battery metals.

The bad news is that while these projects have revealed promising deposits, they have yet to convert to revenue. For the year ended 30 June 2021, the business lost $14.5 million

The good news is that for the speculative investor a wide range of prospects is offered — with projects from mining for vanadium in Sweden, to nickel and gold in WA.

In fact, PRL’s Pascalle Gold Project is only 20km away from Greatland Gold’s [LSE:GGP] Havieron discovery.

Last month, PRL announced that Global Energy Ventures [ASX:GEV] is to start a feasibility study on HyEnergy. According to PRL, they want to ‘demonstrate the technical feasibility and commercial advantages of Global Energy’s compressed hydrogen shipping solution.’

In particular, they are looking to analyse the requirements for a fleet of Global Ventures’ compressed hydrogen ships. And how to integrate PRL’s proposed hydrogen production plant with an onshore compression facility.

Of course, this is music to investors’ ears. The ‘produce’ could be soon ready to monetise in a larger way.

Couple this with the intense current interest in green energy, especially hydrogen, and you have a growth stock winner.

This is a speculative opportunity

Although it appears the business has no long-term debt, it also has little immediate revenue. Only about $68,500 in the financial year to 30 June.

This is like investing in a start-up. There are many unknowns.

Will the promising deposits revealed from mining efforts produce significant finds as they did with Greatland Gold?

And will the world embrace hydrogen as cleaner alternative to electrification of transport?

Since there are many working parts to PRL, we can only verify the value and range of activity and the promise for its output. It is thereafter a bet.

Since the stock price trades far beyond the value of any tangible assets, there is significant risk to capital when investing.

Should the business be unable to convert any of its projects to revenue in the medium-term, it is likely investors will lose patience. The Company will burn through its funds. And the shares could fall.

But we are here to cover opportunities with high growth potential.

👉 In our Quantum Wealth Report, we have several we like even better.