When Power Goes Too Far: Covid and the Mafia

‘I know people who used to be sticklers for the rules,’ a friend told me over a game of socially distanced golf.

We’d been talking about the looming and confusing traffic light system. The next phase in controlling Auckland’s Covid-19 outbreak.

‘They’re not anymore.’ He also doubted he would vote Labour again. Having been a supporter most of his life.

I reminded him that the current group risked providing an example of the arrogance of the powerful. Seeking to beat the world. While domestic abuse skyrockets and businesses collapse.

‘Are we being held to ransom?’ I mused, as I smashed my drive down the fairway. ‘Reach a vaccination rate of 90%, comply, and listen to everything we say. Or you won’t have freedom.’

Freedom is something we took for granted. Now it’s gone like never before.

Of course, the health system needs protected. If it were just that, that would be fine.

Other countries are managing with lower vaccination hurdles and surge protection in place.

Is a nationwide 90% hurdle too much?  Do the hefty controls risk non-compliance?

The threats around this bring more sinister feelings to mind.

The Mafia and Covid

Reflecting on this, I recalled a fascinating story about the Mafia in lockdown.

Well, not so much them being in lockdown, since they are a law unto themselves. But the businesses in Southern Italy from which they extort money being in lockdown. And unable to pay their pizzo. 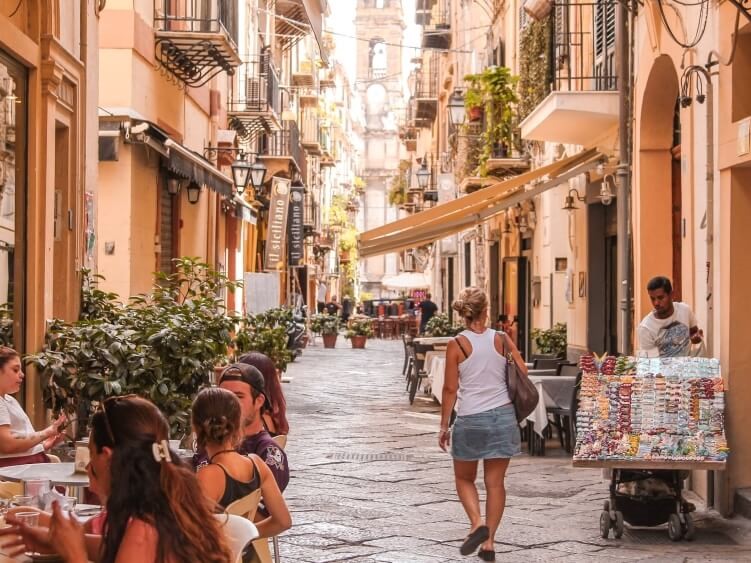 About 80% of businesses in Sicily pay a pizzo (protection money) to the Mafia. Usually around €500 a month, though more for construction companies. Source: The Smooth Escape

The Mafia’s approach during lockdown was to provide ‘welfare’ to struggling businesses. Stepping in as a much more efficient alternative to the state.

Your business is struggling. The Mafia on the ground understand. They have cash ready in times of crisis and will provide you a loan. Perhaps your business will not survive. The Mafia will buy it from you. Someone will transfer part of the money into your account. Then pay the rest in cash.

During the coronavirus pandemic, the Mafia once again fulfilled a very old role. They, the benefactor and protector. The state, an indifferent oppressor.

Of course, the Mafia will always come to collect on any favour. But when you are struggling to feed your children, you don’t think about where help may be coming from. You’re just grateful for help.

But the Mafia did not start out in crime. Or extortion. They came about a couple of hundred years ago as a response to oppression.

You see, the origins of the Mafia, at least in Sicily, came from a burning desire to protect people. In fact, the term Mafia comes from a Sicilian-Arabic slang expression that means ‘acting as a protector against the arrogance of the powerful.’

To understand this, you need to look into the history of Sicily.

It is a small, beautiful island in the Mediterranean Sea. Between North Africa and the Italian mainland. For centuries, it was ruled by a long line of foreign invaders. The Phoenicians, Romans, Arabs, French, and Spanish.

To protect themselves from occupying powers, residents formed into groups along clan or family lines. They meted out their own justice and retribution. They developed their own traditions. Omertà — a code of silence, secrecy, honour, and loyalty.

As Siciliy descended into chaos in the mid-19th century, these clan groups formed small private armies known as mafie.

By the time Sicily became a province of a unified Italy in 1861, the Mafia was well-established in politics, the economy, and even the Catholic Church.

Too much power? Too much oppression? Too much arrogance?

Do we see this again in the overbearing response to another coronavirus emanating from China?

Where does this lead?

History tells us. New groups form that promise to protect us from the powerful.

Perhaps not in the drastic way of the Mafia clans of Sicily. But in small groups and parties that provide alternatives.

Power that destroys more than it seeks to preserve will give rise to unexpected consequences.

It will slowly splinter society. Those who follow the rules. Those who exist outside of them.

Covid-19 has sped up this splintering.

For some, it is the government they do not trust anymore. The system has gone too far. Become too arbitrary. Too focused on control. And glory.

All the measures taken have a cost. The omnipresent wage subsidies. The resurgence payments. The vaccine programme. The media communications. These will add to the national debt. Manageable for now at low interest rates. But potentially weakening this small economy for years to come.

This month, Italy reached its target of an 80% vaccination rate

The entire country is in the ‘white zone’.

You only need to keep a safe distance and wear a mask in public spaces. Bars, pubs, restaurants, cinemas, gyms, and everywhere else are open for business.

You can travel freely. You can leave Italy. And you can enter Italy with an EU Digital Covid Certificate stating you have either been vaccinated, have a negative test result, or have recovered from Covid.

Once a poster child of spiking cases and Covid horror, this country has now resumed a sense of normality. Lockdowns are over. There are no red traffic lights.

It is clear that countries like Italy, the UK, and the US — opening up despite much lower vax rates — are recovering economically.

Those with restrictions dig a deeper hole from which to climb. Insulated for now with state money.

For investors, you need to protect your wealth through these times. That can be done with diversification. Diversification across different countries. To countries that are open and have businesses growing and operating freely.

Our Vistafolio service — for wholesale or eligible investors — helps our readers do exactly that. Managed accounts in your own name to invest in strategic companies globally. For future growth and income that protects.