Too Big to Fail? Why It’s China’s Turn to Stumble and Fall

What goes around comes around.

I remember the Global Financial Crisis (GFC) of 2008, when Western financial markets plunged up to 55%. We’d just bought a home on Auckland’s North Shore. And even that saw its value drop 10%.

Through the GFC, China experienced only a minor slowdown. Its closed financial system was unaffected. Though exports did take a knock as demand slowed overseas.

Back in 2008, with growth rates near 10%, the day when China would become the world’s largest economy now seemed much closer. This emboldened the communist government. It could tell the old Western powers how to run an economy now, not the other way round.

Lehman Brothers fell as the financial plumbing of America seized up. This affected every other open economy. And the road was drawn for a new dawn of quantitative easing and liquidity restoration.

We’ve never quite left this situation. Cheap money has been a feature since 2008. If you have a mortgage, you would have noticed this: 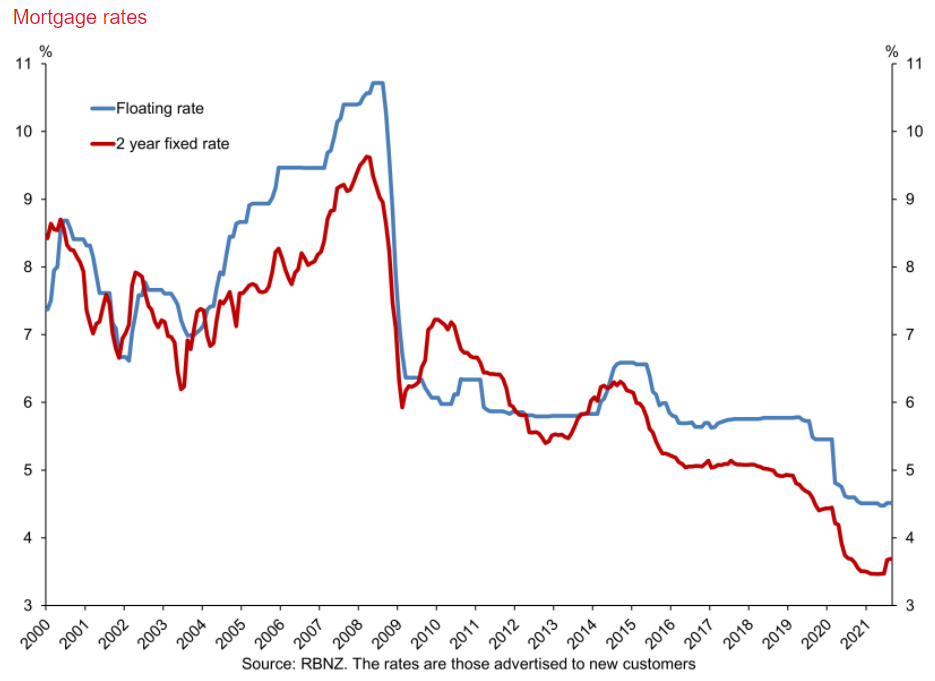 It is no surprise that from about 2012 onwards, once economies improved and lasting lower rates were digested, home prices took off.

In actual fact, we should have been watching debt instruments more closely back in 2007. Packaged mortgage bonds and CDOs (collateralised debt obligations) were incorrectly given investment-grade ratings. Many were not supported by enough underlying security. Some included infamous NINJA loans (no income, no job, and no assets) in bubbled property markets.

There are usually telltale signs before a financial crash.

During the GFC, it was bad loans.

In 1987, at least here in New Zealand, it was badly valued companies on the share market. Some with dubious business models selling at P/E (price to earnings) ratios of 60 or more.

This time, the indicators are flashing in China. The tables are turning. The closed system is fracturing. And we’re seeing features that can only lead to pain:

In fact, the Chinese — along with South Koreans and New Zealanders — have some of the most concentrated levels of household wealth in property: 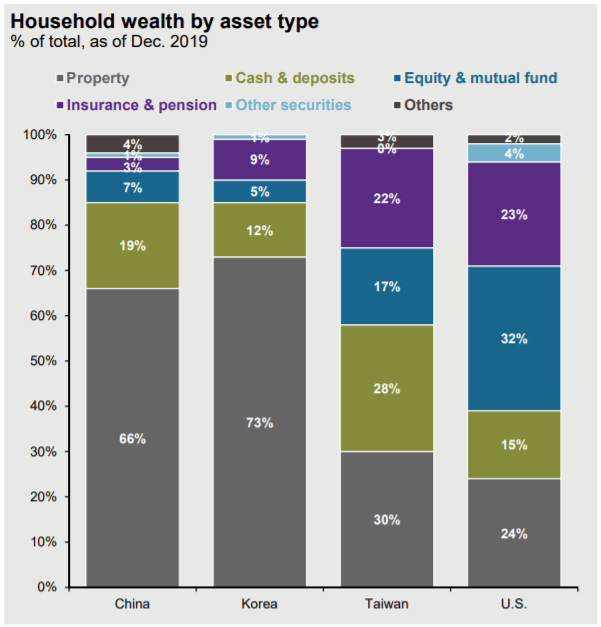 This can become a serious issue when that property is heavily leveraged and demographics are not set to replace numbers. There are now more seniors in China than infants. A PBOC (People’s Bank of China) study found the population could halve in 45 years.

For a property market, this eventually means there will soon be more dyers than buyers.

As we’ve seen, developers like Evergrande have a rash of unsold apartments, highly leveraged. If you’re a contractor or supplier with outstanding debt, they may well offer you an apartment.

And so this house of cards gets caught in a wind of debt and demographic demise. The GFC, in comparison, was merely a block in the plumbing.

Even for a command economy, this is a hard situation to row back from.

Will there be contagion to other economies?

The economy of China is a global factory, and today, the largest property market in the world.

Local demand for foreign imports has been slowing, especially for bigger purchasers such as cars. But the greatest demand impact could be on commodity inputs — in particular, iron ore for steel production.

Case in point: when Australian wine was slapped with tariffs, the largest producer there — Treasury Wine Estates [ASX:TWE] — seemed able to pivot to other markets. It was supplying the Chinese domestic market. But seemed able to find replacement domestic markets and reroute production via French vineyards.

Will iron ore supplies like Rio Tinto [ASX:RIO] and BHP [ASX:BHP] be quite so lucky?

While we’ve seen volatility in the iron ore price, producers like BHP remain confident on the long-term outlook.

Globally, there is strong demand for steel and copper due to resurgent factory production and homebuilding. China is committed to continued growth.

BHP and investors are right to look at the wider and longer-term outlook. A short-run drawdown in Chinese property will not change the long-run demand for steel worldwide. There is also impetus to produce more steel elsewhere.

If we look at the long-run iron ore price since 2010, we are, in fact, back to the mid-price level despite signs around the world that more will be needed: 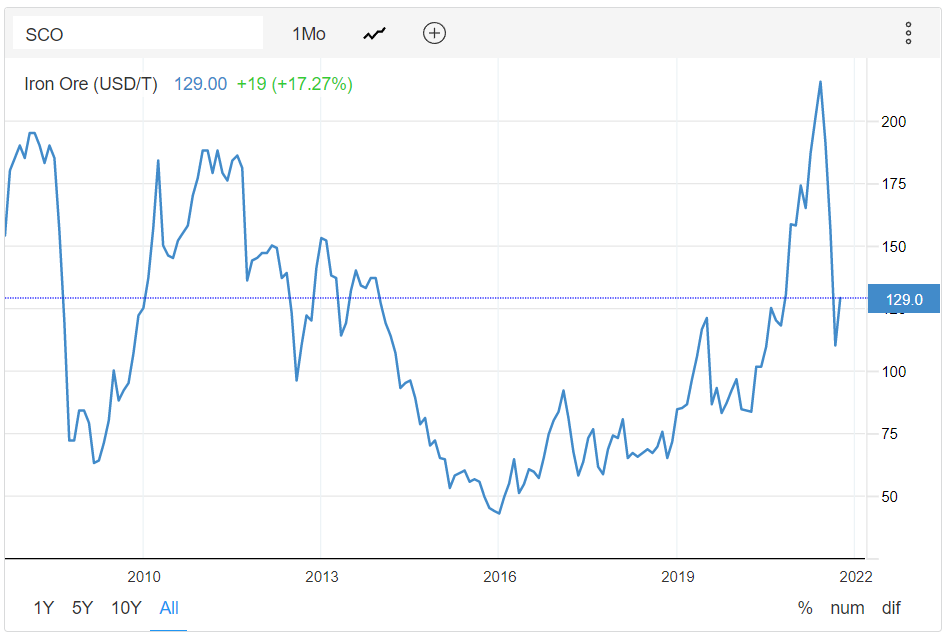 As always, investors should keep their eye on the long game. Property and share markets rise and fall. But the enduring wealth builder deploys funds wisely through the cycle.

Some weeks ago, Wall Street seemed to largely dismiss widespread global contagion from Evergrande defaults. And it does seem to me that contagion fears from China’s property and bond markets could be overdone.

The country should still remain a dynamic growth engine for some time. It is also vast in size. But from what is evident now, and considering ownership risks in a command economy, I would tend to focus on other markets.

Where those opportunities may be is exactly the subject we’ll be covering in much more detail in this week’s Quantum Wealth Report.