China’s Big Risk: The Case for Investing Beyond Asia-Pacific

Sometimes all it takes is a controversial opinion.

It can provoke. It can reveal. It can enlighten.

At the moment, two such quotations come to my mind.

‘If we have to use force, it is because we are America. We are the indispensable nation. We stand tall, and we see further than other countries into the future, and we see the danger here to all of us.’

These viewpoints may seem contradictory, but they actually represent opposite sides of the same coin. It’s about the duality of being the world’s most powerful and influential nation.

Certainly, you can’t hide from it. For over 70 years now, we have been living in the era of Pax Americana. It’s a Latin phrase that means ‘American Peace’.

It comes in the same vein as Pax Romana and Pax Britannica. These were periods in history where the Roman and British empires ruled over vast swathes of territory, applying law and order, enforcing relative peace.

Likewise, America has acted as the world’s policeman. It has used what the Pentagon calls ‘interdictions’, ‘pre-emptive strikes’, and ‘kinetic action’. Applying force when force is needed — in order to shape and protect the world that we know.

For its supporters, America is a benevolent empire that has created a prosperous world, with a quality of life unthinkable even a century ago. For its opponents, America is a trigger-happy vigilante that operates on the principle that might makes right.

Chances are, you have already formed a strong opinion about what America stands for. You are not likely to change your mind — and rightfully so. Personal convictions are there for a reason.

But what I want to address today is an undeniable fact: A fresh round of global police action appears to be looming on the horizon. It’s going to happen over the fate of Taiwan.

In my previous article on the troubled history between Taiwan and mainland China, I explained why emotions are running so high. 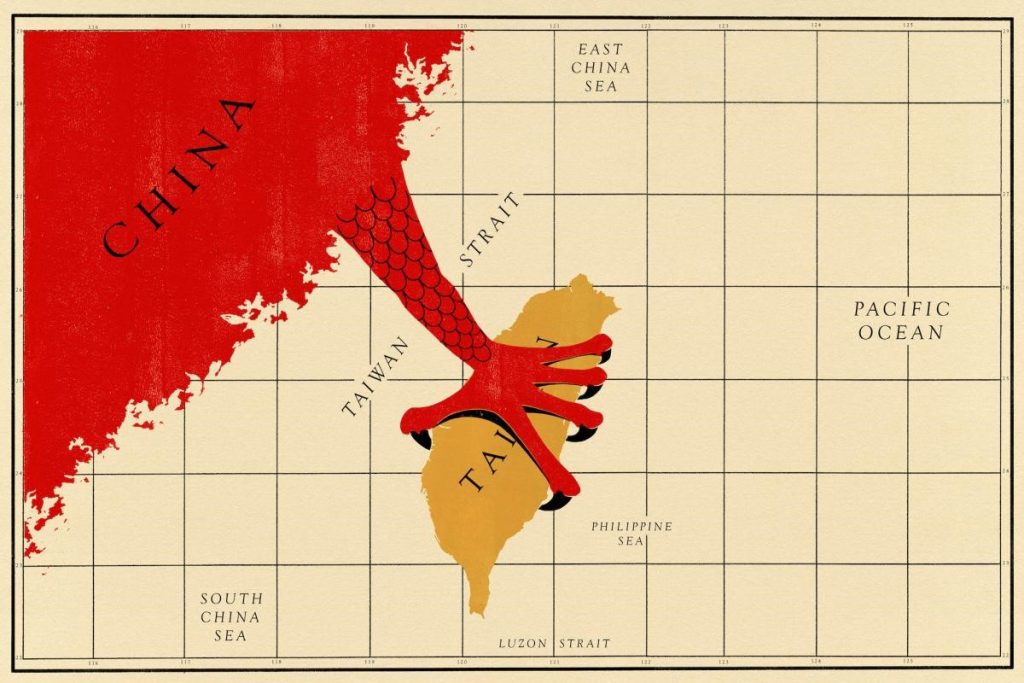 On the surface of it, an open confrontation between the two territories would not be an equal fight:

Because of this disparity, it should come as no surprise that Taiwan has previously made two attempts to start a nuclear-weapons programme from the 1960s to the 1980s.

The intention was to blunt the mainland’s numerical advantage. Having a nuke would serve as a force multiplier. When you think about it, it makes complete sense: No nuclear-armed nation has ever been conventionally invaded by another. So the value of deterrence is impossible to ignore.

However, every action has a consequence. If Taiwan actually came close to getting a nuke, could mainland China be compelled to pre-emptively attack? In other words, could the Communists rush to invade while the window for conventional attack remains feasible?

This so-called red line reveals the irony of the situation. It’s a paradox. A self-fulfilling prophecy. In trying to make yourself immune to an attack, you may accelerate the timetable for one to actually happen.

The United States is well aware of this danger. As the world’s policeman, it has so far pursued a policy of ‘strategic ambiguity’.

This is made possible through the Taiwan Relations Act of 1979.

The United States shall make available to Taiwan such defense articles and defense services in such quantity as may be necessary to enable Taiwan to maintain a sufficient self-defense capacity as determined by the President and the Congress.

Joe Biden — then a senator — was one of the architects of this plan.

This commitment has served to reassure the Taiwanese of their security, discouraging them from the need to develop nuclear weapons. More importantly, it avoids provoking the feelings of mainland China.

It’s a diplomatic tightrope — and it has kept the peace for over 40 years.

But are the winds of change blowing now? 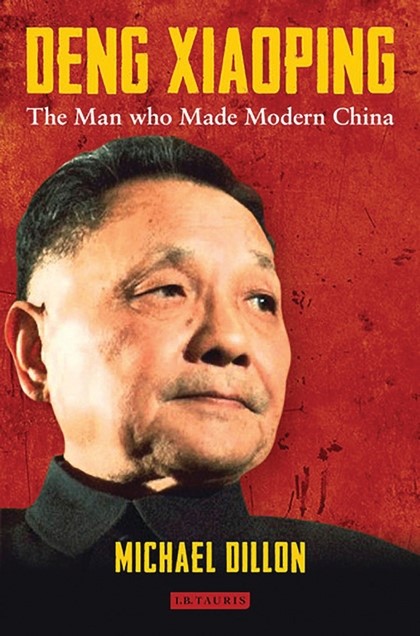 Deng Xioaping is widely credited as the Chinese leader who reformed his country’s economy and opened it up to the world.

Serving from 1978 to 1989, his style of diplomacy was built upon compromise, collaboration, and consensus.

In person, Deng appeared friendly, always willing to dote on the West. In particular, his visit to Texas in 1979 gave us an iconic image. Deng put on a 10-gallon cowboy hat, instantly endearing himself to fawning Americans.

It signalled the emergence of a benevolent China. A country you could do business with and achieve a win-win deal.

For the sake of politeness and pragmatism, the testy issue of Taiwan was conveniently relegated to the background. 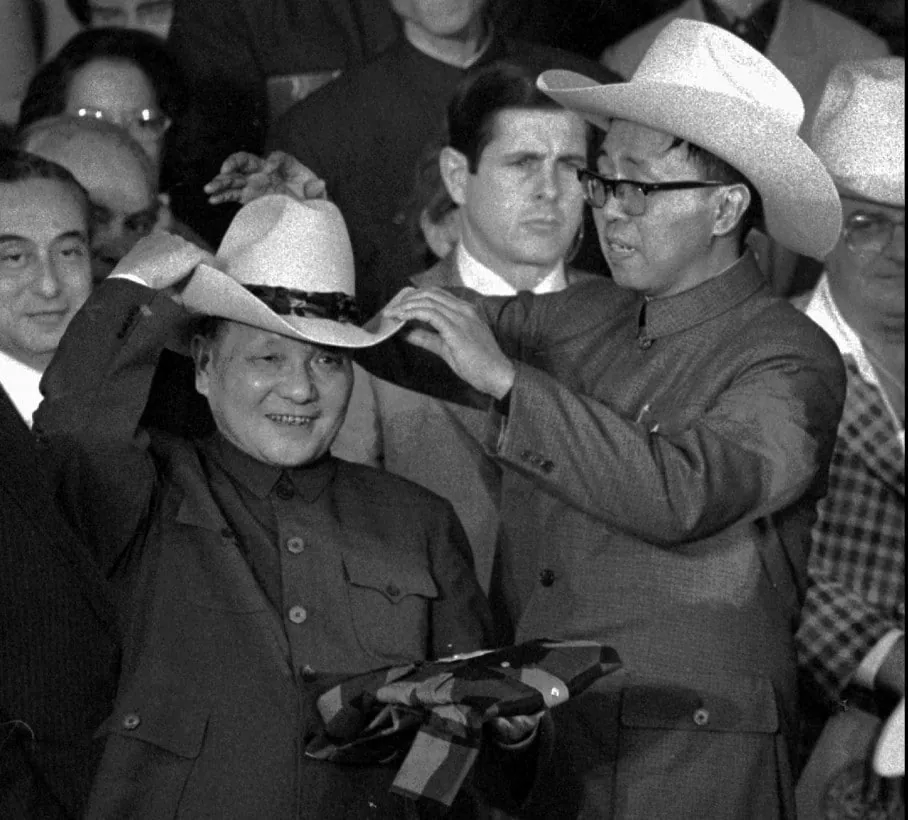 A lot has changed since then.

Today, President Xi Jinping’s rule is proving to be markedly different from Deng’s. He is more assertive, representing the sharpest break yet from the old tradition of ‘live and let live’.

Xi is a proponent of wolf-warrior diplomacy. Aggressive. Confrontational. Uncompromising.

Xi is no longer content to abide by the usual status quo.

‘Resolving the Taiwan question to realize China’s complete reunification is the shared aspiration of all Chinese people, and is in the fundamental interests of the Chinese nation.

‘We stand firm in safeguarding China’s sovereignty and territorial integrity, and will never allow the historical tragedy of national division to repeat itself. Any separatist activity is certain to meet with the resolute opposition of the Chinese people. We have the resolve, the confidence, and the ability to defeat separatist attempts for “Taiwan independence” in any form.’ 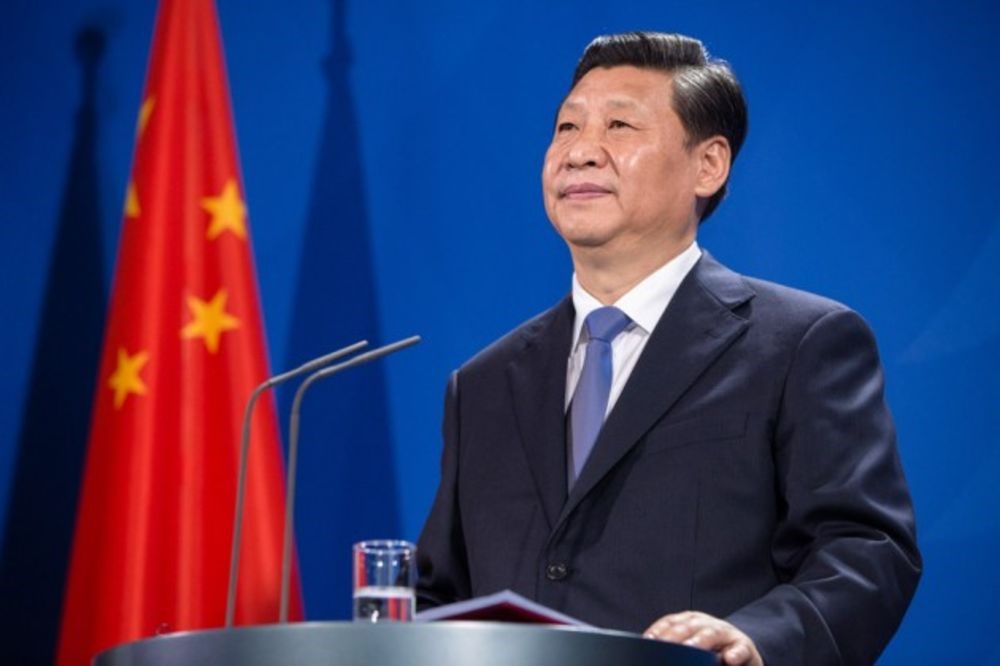 From a macro perspective, Xi feels justified. After centuries of perceived Western imperialism, Xi wants to rally his country to strike back — economically, socially, and militarily.

From a micro perspective, what better way to get the ball rolling than to ‘reclaim’ Taiwan — which is arguably a vassal state of the West?

Xi’s ultranationalist viewpoint is not too different from the way that Russian president Vladimir Putin views his incursion into Ukraine.

It’s not just about moving pieces on a chessboard. There’s an emotional weight to the geopolitical drama that’s unfolding.

Taiwan, for its part, is not sitting still.

It’s had years — decades — to prepare for the worst-case scenario.

According to The Diplomat:

Taiwan is a rugged, heavily urbanized nation of 23.6 million people. The country of Taiwan (also known as the Republic of China) is made up of over 100 islands, most too tiny to see on the map. Many of Taiwan’s outer islands bristle with missiles, rockets, and artillery guns. Their granite hills have been honeycombed with tunnels and bunker systems.

The main island of Taiwan is 394 kilometers long and 144 kilometers across at its widest point. It has 258 peaks over 3,000 meters in elevation. The tallest, Yushan, or “Jade Mountain,” is just under 4,000 meters high.

Unlike Normandy, the coastal terrain here is a defender’s dream come true. Taiwan has only 14 small invasion beaches, and they are bordered by cliffs and urban jungles. Linkou Beach near Taipei provides an illustrative example. Towering directly over the beach is Guanyin Mountain (615 meters). On its right flank is the Linkou Plateau (250 meters), and to its left is Yangming Mountain (1,094 meters). Structures made of steel-reinforced concrete blanket the surrounding valleys. Taiwan gets hits by typhoons and earthquakes all the time, so each building and bridge is designed to withstand severe buffeting.

This extreme geography is densely garrisoned by armed defenders. In wartime, Taiwan could mobilize a counter-invasion force of at least 450,000 troops, and probably far more.

So, clearly, a Chinese invasion would be no cakewalk.

The Taiwanese are ready and willing to put up a fierce fight. And it wouldn’t just be about simple bullets and bombs. It would also involve attacks and counterattacks on digital infrastructure. Cutting-edge cyberwarfare.

If push came to shove, the death toll could be catastrophic. Much of Taiwan could be reduced to smoking ruin. Perhaps this terrible fact alone will be enough to deter an invasion.

Then, of course, there’s the looming prospect of direct American involvement. This raises the stakes considerably.

American and Chinese troops have clashed before. This happened in 1950, during the Korean War. That conflict was localised and low-tech, ending in a stalemate.

This new conflict — if it happens — promises to be quite different. With the global economy now more interlocked than ever before, the ripple effect would be keenly felt everywhere.

It may just reshape the balance of power.

Our Quantum Wealth Report may offer you critical insights here.

The world is changing fast. And a diversified global strategy could serve to protect wealth and provide passive income during these dizzying times.