You don’t have to travel far to see vast inequality these days in Auckland.

I’m sure it’s gotten worse since the pandemic. But we’ve been here before in cities. In different ways.

100 years ago, we saw money printing following a global pandemic: The Spanish Flu. A roaring economy through much of the 1920s. And then a catastrophic crash when boozed-up markets ran out of wine. 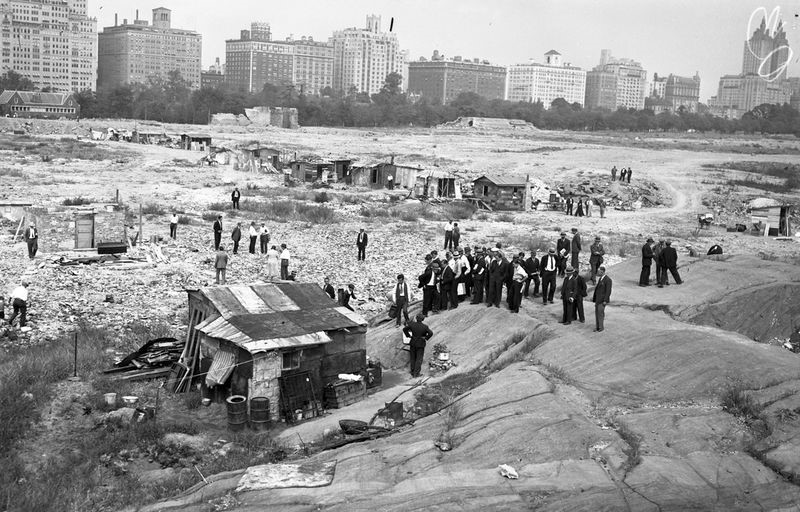 As with any economic crisis, the impact of this fell very differently on different people. The photo above shows this in grave contrast. Ritzy apartments overlooking hurriedly assembled shacks.

Where I live, there are two groups of people. Those building up larger cash surpluses since they can’t spend as much in lockdown. And those whose very livelihoods are pushed to the brink.

Here’s what has happened during the Covid-19 crisis

There are two grave concerns here…

1) Has a hitherto open and free country started along the slippery slope of becoming a totalitarian state?

Of course, all the restrictions are done in the name of kindness. To protect the community. But when you have leading vaccination rates and are effectively imprisoning citizens in the largest city, something has gone awry.

These days, in Communist China, there is about 1 security camera for every 5.9 citizens — about 30x the rate of Washington, D.C. As a Social Credit system and facial recognition system continues to roll out, this could increase to 1 camera for every 2 or 3 citizens.

A friend who lives there tells me he feels ‘monitored and controlled’. When he left his city for a short break, it was not long before messages arrived on his phone:

‘What were you doing there?’

China has been for a long time — and still is — a totalitarian state. Surveillance and authority is used for both good and bad. But without accountability, such authoritarianism can go very wrong. Just ask the millions of Chinese who lived through the Cultural Revolution of the 1960s and 1970s.

We have our own Covid Revolution. Damaging lives when the real focus should be on protecting the truly vulnerable.

Fortunately, in a democracy there can be outcry. And a vote. Though not until 2023.

Even friends of mine who have voted for the current kindly group more often than not are swinging the other way. My sympathies have long subsided. David Seymour (ACT) is one of the few calling out an ‘Emperor with No Clothes’ and making some sense with his Covid 3.0: Life Beyond Lockdowns Plan.

Auckland — indeed, national home prices — are out of kilter by any measure of price-to-income or yield. It begins with Auckland, which was already under pressure from global money washing around the Pacific. That spreads to other regions around the country.

But things are changing. There are signs in China that property and industry must deleverage from unsustainable levels to survive. Evergrande is the tip of the iceberg. Yet this phenomenon could have wider ramifications for the whole of the Asia-Pacific, given its scale.

There has been a rush to build, at least here in Auckland. That is now incentivised by a 20-year interest deductibility tax exemption. Blocks and rows of new accommodation are popping up left, right, and centre. Some of them jammed in and jerry-built. My Trade Me watch list shows many more homes for sale being added every day. Even under lockdown restrictions.

Now, there does appear to still be a shortage of homes in this country due to draconian planning restrictions and obstacles to adding infrastructure. The approach has been to penalise and incentivise within the existing playground, rather than recognise that a new ground plan is needed.

Yet history tells us that no bubble — where prices are clearly out of whack — can last forever.

Baldly put, real estate depends on more buyers coming through than sellers dying or leaving for greener pastures. If you look at homes in Europe, some have been there for hundreds of years. They last ‘forever’. The equation of ever-increasing values can only continue if the population is growing.

And in New Zealand, that will depend on renewed immigration.

Housing markets are slow to respond. They can move on 25-year cycles. But when that super-cycle comes to an end, the change can be jaw-dropping. And any recovery can take many years.

Unlike stocks and shares, home prices are not based on the real earnings and growth of businesses. They are much more built on the expectations of people. Sure, expectations remain high. But history also tells us, that does not last forever.

Are we nearing the end of the current super-cycle?

I don’t know. But what I do know is this. Freedom and trust, not control, is the proven answer to prosperity and security. And easy money may not end well in the long run.

PS: This week, we launch our new exclusive members’ newsletter: Quantum Wealth Report. There will be much more detailed analysis on property and financial markets. And the risks and opportunities they may present to you. I encourage you to try a subscription today.