Lessons from Afghanistan: ‘You Have the Watches. We Have the Time.’

It’s all about desperation.

The photo shows frightened people huddled on a rooftop, waiting to board a helicopter, even as the city of Saigon collapses around them.

The North Vietnamese are winning — and America is on the losing side. 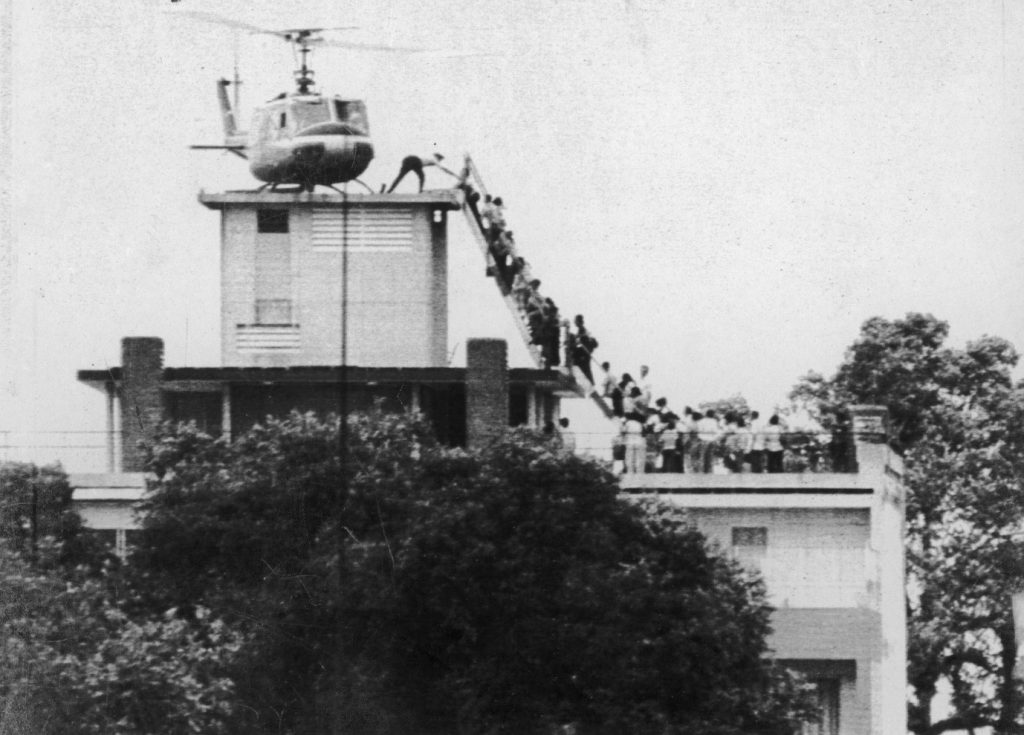 Several assumptions are usually made about this picture:

Surprisingly, none of this is accurate.

The documentary Last Days in Vietnam reveals the true story behind the image, and it is an intriguing one:

Through interviews with diplomats, soldiers, and spies, the documentary makes one fact very clear: Everyone was afraid of retribution once Saigon fell.

And why not? Between 1965 to 1975, America reportedly dropped more bombs on the Communists in Southeast Asia than were dropped during the entirety of the Second World War. 7.5 million tons worth of munitions. A stunning amount of firepower.

So the implication was that once the North Vietnamese emerged victorious, they would show no restraint in return. They would immediately exact vengeance.

Who had the most to lose? The South Vietnamese who had allied themselves with the Americans.

The prospect of this was horrifying.

So they had to escape, any which way they could.

Operation Frequent Wind was the code name given to this mass evacuation. Amidst the heartbreak and loss, stories of courage emerged. American heroes willing to bend the rules to save their South Vietnamese friends. Covert ops done in the name of mercy.

This mission managed to save many refugees — but many more were unfortunately left behind.

The Fall of Saigon was devastating.

The consequences continue to echo to this day.

The enduring trauma of defeat weighs heavily on the American mind.

Former Secretary of State Colin Powell — himself a veteran of Vietnam — once warned former President George W. Bush about escalating the War on Terror. He said: ‘If you break it, you bought it.’

The suggestion here is that America must take ownership of the lives affected when it decides to invade and administer a foreign territory. A quick-and-early military victory may feel good. But that’s just the first step in the journey. By no means the last.

Nowhere is this sentiment clearer than what is currently unfolding in Afghanistan.

The locals there have a saying: ‘You have the watches. We have the time.’

Indeed, the gap between hope and reality has been widening for quite a while now. It’s widened so much that it’s become a grind.

The documentary Restrepo captures the awful futility of this. Between 2007 and 2010, dozens of American lives were lost in firefights in the jagged mountains of the Korangal Valley.

The objectives of the mission are fuzzy. Is this about building new infrastructure? Winning hearts and minds? Spreading democracy?

Amidst the rugged terrain, we see precious little of that actually happening. What we do witness are frustrating moments. Sudden ambushes. Senseless casualties. All inflicted by relentless guerrillas who hit hard, then melt away in mythic fashion.

Any progress that is made is hard to measure. Harder still to quantify.

This area comes to be known as ‘The Valley of Death’, and the conclusion of the documentary is a bitter one. Weary US forces eventually abandon their outpost. The Taliban insurgents consolidate their power.

This is simply a microcosm — a version in miniature — of what has become a prevailing theme throughout Afghanistan. 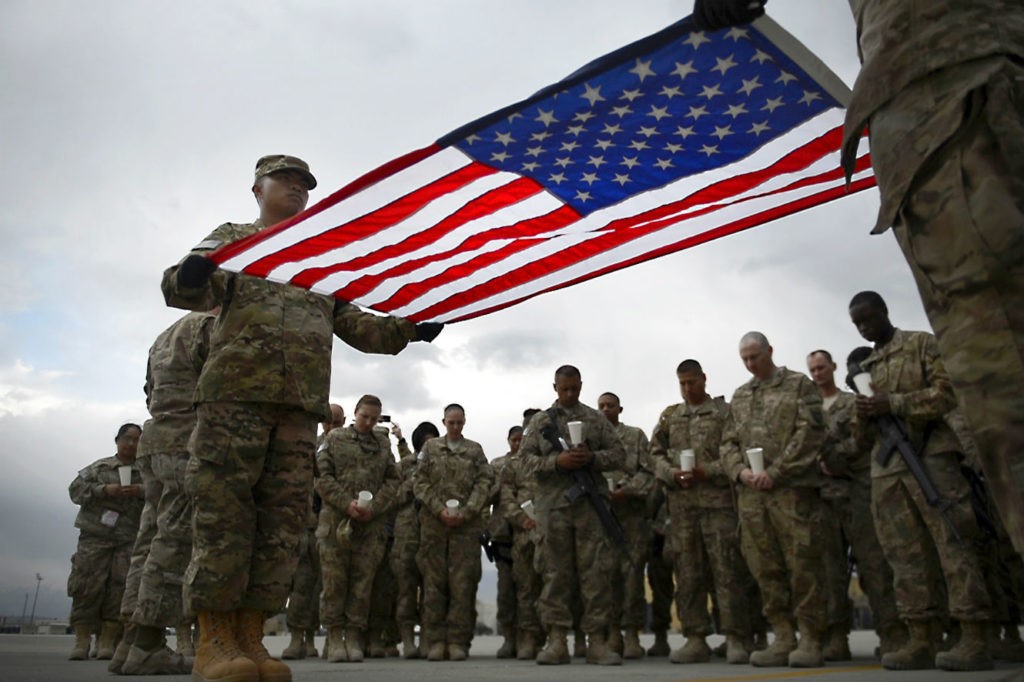 Source: War on the Rocks

After 20 years, $2 trillion in spending, and thousands of Western lives sacrificed, the results are now evident: The Taliban have won.

This month, they launched an offensive which swept across the country with shocking momentum.

It took them just over a week to overrun the capital, Kabul.

Resistance was futile. There are reports of Afghan security forces simply handing their weapons over to the enemy and walking off the job. Many accepted bribes in return for capitulation.

Tragically, this day was always coming.

For the longest time, former presidents Obama and Trump paid lip service to the possibility of withdrawing from Afghanistan. They used words like ‘finish the job we started’ and ‘bring our troops home’.

But when it came to the moment of truth, they always blinked. Always hesitated. Always failed to follow through.

So it dragged on, becoming America’s longest war. A forever war.

Of course, it’s not hard to understand why both the left and the right wavered on making a final decision.

They preferred to kick the can down the road.

It was about delaying the unspeakable.

For them, Afghanistan was an inconvenient truth. Grudgingly addressed, but always held at arm’s length. The optics of defeat was too raw; the aftermath of humiliation unimaginable.

Daniel Davis, a former US Army lieutenant colonel who served in Afghanistan, offers criticism in The Guardian:

Behind the scenes, America’s senior leaders have known, almost from the beginning, that the war was unwinnable, that the Afghan government was fatally corrupt, and that the Afghan security forces would never be up to the task. Instead of acknowledging reality, instead of coming clean to the American people, they hid the truth or outright lied about it. The result?

The mendacity deepened and expanded the US failure. The lying pointlessly increased the number of American casualties the US suffered, resulted in spending hundreds of billions that never had any chance of accomplishing a positive outcome, and, by covering up excessive corruption among Afghan leaders, gave tacit approval of them.

As awful as the security situation in Afghanistan is today, it was a disaster almost two decades in the making. The US should have admitted the truth long ago and ended the war even before the conclusion of the Bush administration. Above all, America must permanently cease waging “nation-building” wars, restricting deployments abroad only to fights directly related to US national security.

Davis’ tone is one of rage. His view is coloured by the grief of seeing his comrades injured and killed over the course of several deadly deployments. And he’s not alone in feeling this way.

It appears that President Biden has embraced this emotional impulse as well:

‘One more year, or five more years, of U.S. military presence would not have made a difference if the Afghan military cannot or will not hold its own country. And an endless American presence in the middle of another country’s civil conflict was not acceptable to me.’

Biden has decided to finally — finally — pull the plug on Afghanistan. He is eager to move on and reorient American power to the Pacific, where it can be better placed to confront a more assertive China.

Many Americans — even the Republicans who dislike Biden — seem to agree with him. 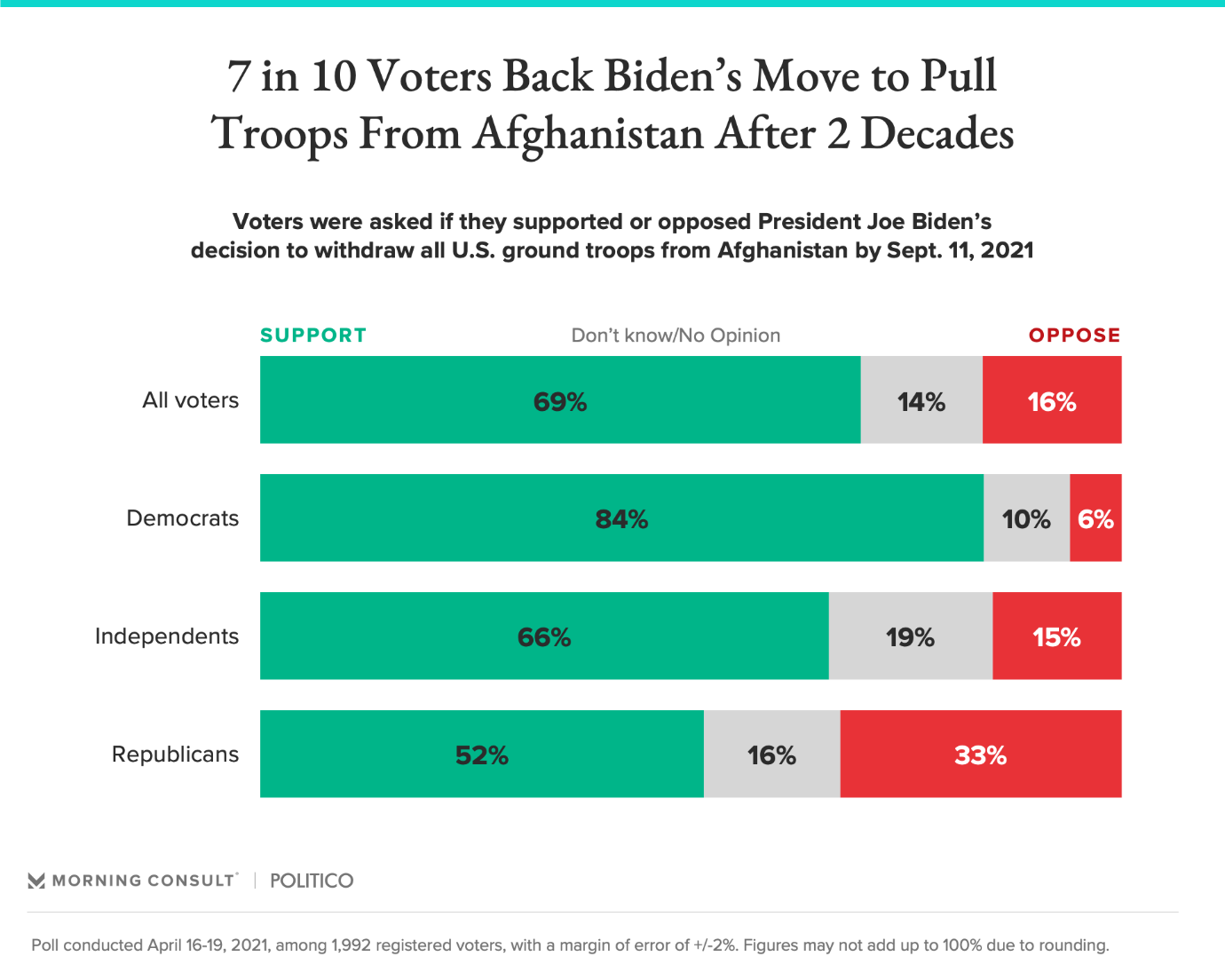 Sure, this foreign policy shift may be logical — but it still leaves a moral catastrophe in its wake.

The situation is unravelling as we speak, and deep down in our hearts, we know that the consequences will be terrible.

Journalist Peter Bergen predicts that a permanent American departure may not be so easy to achieve. The scale of the atrocities to come will need to be reckoned with. He believes that Biden may actually have to reverse course and send troops back into the country at some point.

It’s easy to scoff at Bergen’s suggestion, but the guy has good instincts. He produced the first television interview with Osama bin Laden in 1997 — way before the terrorist mastermind was on anyone’s radar. And as we all know, bin Laden was the reason America marched into Afghanistan in the first place.

Who’s to say that another similar threat won’t emerge from the region in the future?

Still, it’s hard to argue against the Vietnam Syndrome. The parallels are eerie. The soul-searching has already begun. 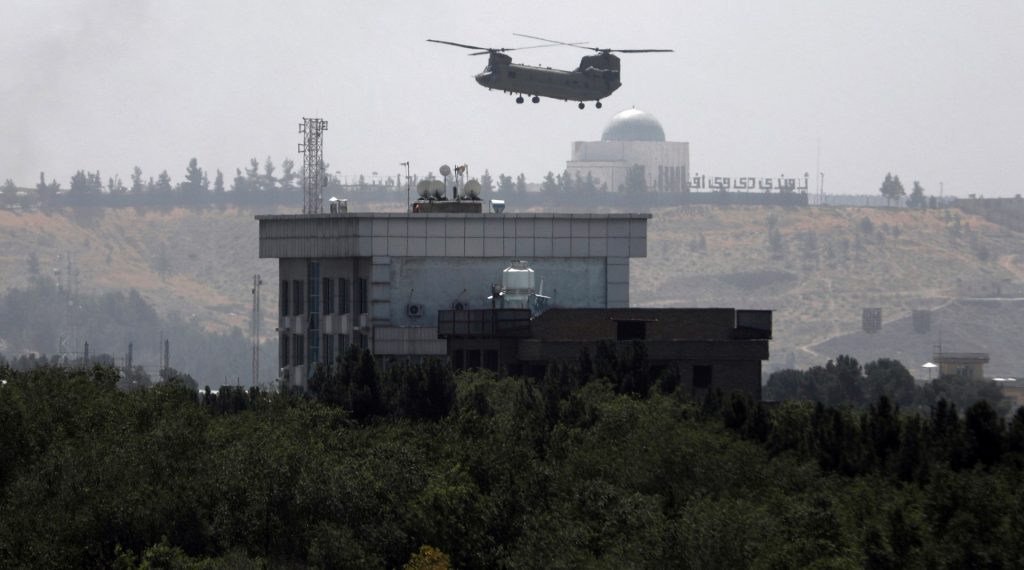 The fall of Kabul will be a stain on Biden’s legacy — even if he is simply honouring past promises made by Obama and Trump. For someone in his position, there was never going to be any good choices.

The War in Afghanistan has stretched across four presidencies. The region has more than lived up to its name as the Graveyard of Empires. It sucks you in, takes you for a cruel ride, then spits you out. Just ask the Persians, the Greeks, the British, the Soviets.

Today, it’s clear that the United States — even with its exceptional military might — has failed to change that narrative. Abandoning Afghanistan to its fate may be unforgiveable, but it may also be inevitable.

The bigger question now is whether America can pull off another Operation Frequent Wind, like what it did during the Vietnam War.

How many refugees can it save before it makes a final tragic exit?

You could argue that the moral obligation is an urgent one. Because history may very well record this as the only moment of shining grace in a sea of despair.

What should investors do?

It may be hard to believe this, but once upon a time, there was actually a reason for positivity in Afghanistan.

Prior to the American departure, property prices in Kabul had been skyrocketing due to an influx of foreigners with hard currency. There was a strategy to build a Ring Road — a modern highway system to connect the country. An infrastructure boom seemed to be happening.

Investors were encouraged by the fact that Afghanistan is a mineral-rich nation. It has ample deposits of iron ore, copper, lithium, gold, and uranium. Yes, plenty of wealth.

Sadly, all that optimism appears to have been squandered by a cycle of corruption, mismanagement, and defeat. It remains to be seen what will happen now.

There are lessons for investors here. Crisis may create opportunity for the courageous over the longer term. We see this within our Vistafolio Wholesale Accounts.

Of course, we do not invest in Afghanistan. The risk profile is extreme. And it has yet to develop a stock exchange.

However, we may have found a better opportunity elsewhere. It’s another resource-rich country. One of the former states of the Soviet Union. In this case, a border skirmish raised the stakes. But so far, the parties have moved on from violence, leaving us with a unique opening.

As we seek to benefit from copper-and-gold mining, we believe this nation could actually be a better long-term bet for Eligible and Wholesale investors.