Fed up With Rules? Does Libertarianism Work?

Let’s face it. There always comes a time in your life where you get fed up with rules.

You find them suffocating. Inconvenient. Presumptuous.

Just think about it:

Well, if you have ever felt that way, chances are, you have also entertained the thought of becoming a libertarian.

Being a libertarian means putting yourself first. Maximising your autonomy. Fighting against any compromise with institutions that might limit your freedom.

These are provocative ideas, and understandably enough, very seductive. After all, on our worst days, who among us doesn’t ache for more freedom and flexibility?

And yet, throughout human history, most mainstream philosophers have been reluctant to endorse libertarianism, let alone embrace it. In fact, many cultures consider it taboo.

This why we usually consent to having police stop people from driving under the influence of alcohol. This why we have health and safety standards for businesses. This why we teach the golden religious rule: ‘Treat others as you yourself would want to be treated.’

But what if you decided to forego all that? What if you gave the government and the clergy the middle finger? What if you just abandoned society entirely and went off to do your own thing?

The revelation behind BioShock

2007 was a landmark year. It was the year that BioShock was released, which is arguably one of the most profound and subversive video games ever made.

The story begins with a thrilling introduction. There’s a plane crash in the middle of the Atlantic Ocean. Amidst the burning wreckage and roaring waves, you are the only survivor.

Coughing, spitting out salty seawater, you swim for the only refuge you can see. It’s a lonely lighthouse, rising tall, silhouetted against the night sky.

You stagger on to the structure and make your way inside. Mysteriously enough, the lights in the interior click on. You are confronted with an imposing monument that says this: 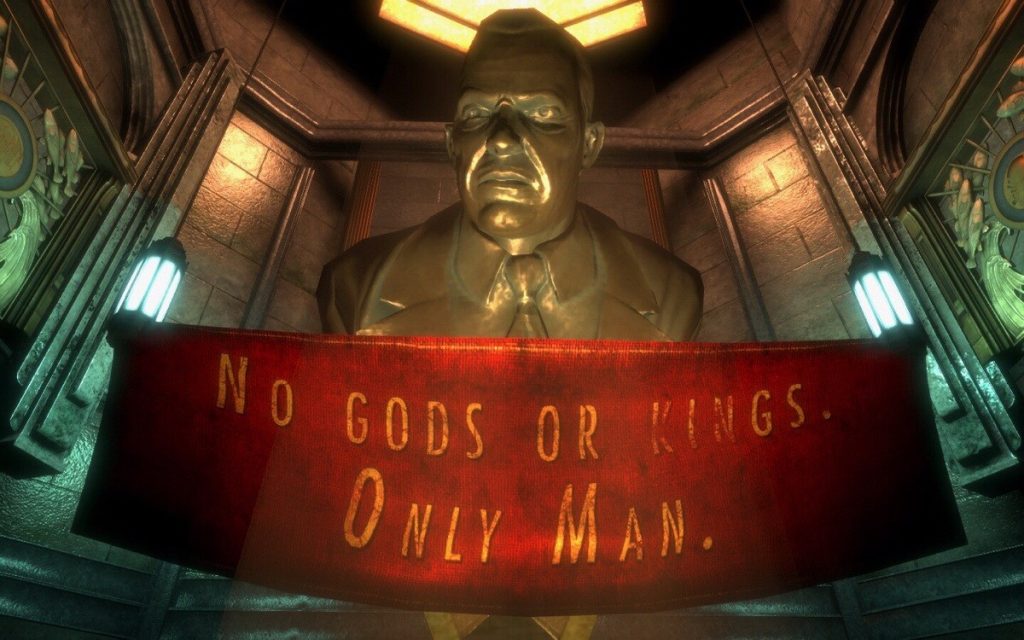 The dramatic power of this sight can’t be overstated.

Cautiously, you explore the lighthouse, and you see that it has a bathysphere — a deep-sea submersible.

With nowhere else to go, you climb inside. The door shuts behind you. The bathysphere begins to descend into the ocean depths.

A projector screen suddenly slides down in front of you. A recording plays. A man speaks directly to you in a Mid-Atlantic accent, charismatic and alluring:

I am Andrew Ryan, and I’m here to ask you a question.

Is a man not entitled to the sweat of his brow?

‘No!’ says the man in Washington, ‘It belongs to the poor.’

‘No!’ says the man in Moscow, ‘It belongs to everyone.’

I rejected those answers. Instead, I chose something different. I chose the impossible.

Yes, indeed. Rapture is an impossible creation. And yet, before your stunned eyes, you see it emerging from the deep. A grand vision. A metropolis constructed in Art Deco style at the bottom of the ocean.

This man who has built it is Andrew Ryan. He mixes the uncompromising showmanship of Donald Trump, the industrial genius of Howard Hughes, and the stern ideology of Ayn Rand.

For Ryan, conventional morality is a stumbling block. Altruism is a weakness. And he has made a deliberate decision to cut himself from the outside world and start afresh.

Rapture is the ultimate personification of Ryan’s ambition. The celebration of self, with no limits, no taboos.

You can’t help but feel drawn in.

Libertarianism gets a rude awakening

Soon enough, your bathysphere docks in Rapture. You enter the city. It’s majestic. It’s imposing. But you don’t quite get the warm welcome you’re expecting.

Instead, you are shocked to discover that entire sections of this metropolis have collapsed into shattered ruin. In some places, the damage is so bad that the sea is starting to intrude and flood the interior.

Worse still, the citizens of Rapture appear to have gone utterly psychotic. They swarm and attack you on sight, forcing you to defend yourself.

As you wander across the devastated landscape, struggling to survive, you pick up clues amidst the rubble. Notes. Diaries. Recordings.

The historical truth of this society comes into focus.

Rapture was meant to be a paradise for libertarians. Pure laissez-faire capitalism with no regulations and no labour laws. An economy that celebrated elitism.

The quality of life for its citizens was better than anything the outside world could offer.

It was, for lack of a better word, a utopia.

A two-stage economy began to emerge, giving rise to a ruling class and a working class. This was inevitable. For every privileged person who consumed luxury and enjoyed leisure, someone less fortunate on the opposite end was needed to clean and maintain the city. 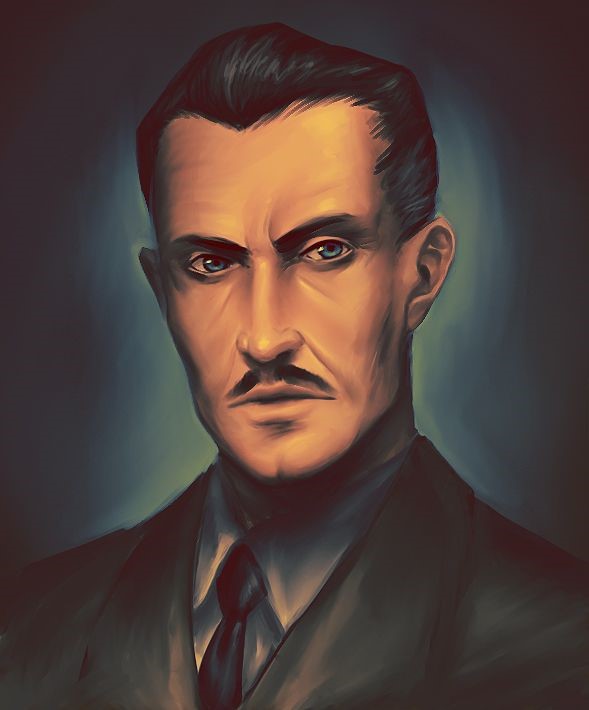 However, Andrew Ryan did not have any sympathy for the working class. He called them parasites. He offered them no charity. No social safety net. No dole.

In his angry words:

What is the greatest lie every created? What is the most vicious obscenity ever perpetrated on mankind?

No. It’s the tool with which all that wickedness is built: altruism.

Whenever anyone wants others to do their work, they call upon their altruism. Never mind your own needs, they say, think of the needs of…of whoever. The state. The poor. Of the army, of the king, of God!

How many catastrophes were launched with the words ‘think of yourself’?

It’s the ‘king and country’ crowd who light the torch of destruction.

It is this great inversion, this ancient lie, which has chained humanity to an endless cycle of guilt and failure.

Just survival of the fittest.

As the social gap widened and tensions flared, Ryan responded harshly. He cracked down hard on political dissent. He even forced the less fortunate into ghettos.

The moral decay accelerated as the citizens of Rapture began to consume a wonder drug known as ADAM. It allowed users to modify their own genetic code — becoming stronger, smarter, more beautiful.

Ryan was enthusiastic about this. He intended for ADAM to usher in a new golden age for Rapture. The perfect embodiment of his dream.

Sadly, the opposite happened. Addiction became rampant as the drug corrupted the minds of citizens. Turning them into murderous psychopaths.

At last, the stage was set for a brutal civil war — between the haves and have-nots.

The social fabric of Rapture disintegrated, and the idealistic society crumbled into ruin.

BioShock is a sci-fi parable. A morality play. But like the best stories, you will find eerie parallels of it in the real world.

The game’s message remains as haunting and relevant as ever.

Sure, absolute freedom is gratifying. Who doesn’t fantasise about it? But deep down, we all know that’s not the way life is meant to be.

Freedom is great — but it only seems to work when it comes with certain moral constraints.

After all, human civilisation was built upon rules for a reason.

We expect fair play and compromise — and that’s what keeps the wheels of society greased and turning.

I might actually think about this the next time I grumble about paying my taxes!