Could a Volcanic Eruption Destroy Your Wealth?

I’ve been in wealth management long enough to notice things.

One critical observation for investors is this: People misprice risk. And make major life decisions based on that.

Some people worry about losing in their investments. Generally, a well-diversified portfolio tends to keep rising over the long-run. Much greater financial risks tend to come from property mishaps, divorce, adult children, and their partners.

You can help provide for a child or support them to get on the property ladder. But if they partner with someone lazy, immoral, or greedy — sometimes a combo of all three — that investment may not pan out as expected. Investing in developing their people skills and judge of character could pay off better.

As most people have the majority of their net wealth tied up in real estate, it pays to consider the risks around that.

From the coast to high-density living

One couple I came across became concerned about their home being close to the coast. In particular, near the tsunami evacuation zone on Auckland’s North Shore. Although the risks are very small, the Auckland Hazard Viewer did suggest they were in an ‘orange’ evacuation zone.

So they sold up and moved inland to a large section with a beautiful home on it. Surrounded by other large sites.

Unfortunately, they swapped one risk with very low probability, to another risk with high probability. The new home was in a high-density building zone, as many parts of Auckland now are under the Unitary Plan.

After moving in, the other large sections around them got sold. And they now face loss of privacy from multi-story townhouse developments planned along their boundary.

This wouldn’t have been possible near their previous property, which was in the coveted single-house zone.

Yet investors should not discount the risk of natural disaster.

The devastating Christchurch earthquakes were such a disaster and have had an impact on property values there ever since.

Covid-19, providing allegations that it was leaked from a Chinese lab are false, is also a natural disaster.

This life is a changeable one. And this country is a seismically active one. 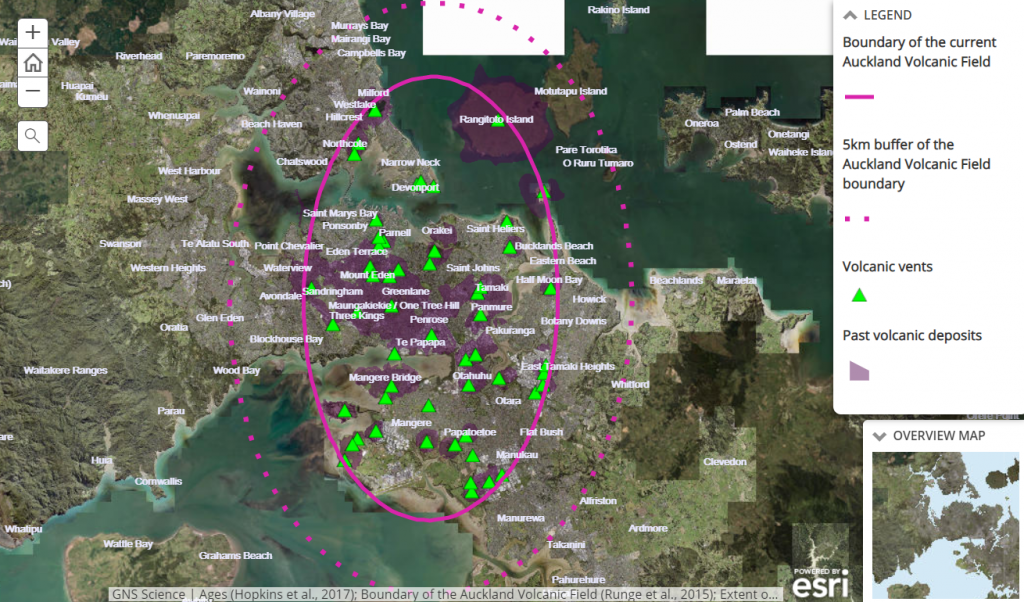 What do you notice about the field and its 5km uncertainty buffer?

Some of New Zealand’s most expensive property lies within it. The eastern suburbs to Herne Bay. Devonport to Milford. My home. Maybe yours?

Recent studies suggest that advance warning of 5 to 15 days should enable safe evacuation. Yet, as investors, we need to realise that property values, insurance, and mortgages could be decimated.

The good news is that the risk is very low

As for life events, you should probably be worrying about other things. Like your health. Or the re-zoning of your property.

But there is still material risk. If who want more detailed study of that, I suggest you read a report released this month in the Journal of Volcanology and Geothermal Research on population exposure in the Auckland Volcanic Field.

What we do know is that there are 53 eruptive centres in the field shown above. The last eruption occurred 550 to 600 years ago. The two most recent eruptions, Mt Wellington and Rangitoto, have been significantly larger than average.

A much older study, Volcanic Risk in the Auckland District, suggests that the risk of further eruptions ‘is of the order of 2% chance per century.’

To put that into context, across a lifetime, the chances of dying from a fall are approximately 0.8%, in a car accident 1%, but from cancer or heart disease 14%.

Still, the statistical risk of eruption in Auckland is significant.

And with some of the highest property prices in the world (by multiples of average income), the city could be far overpriced. 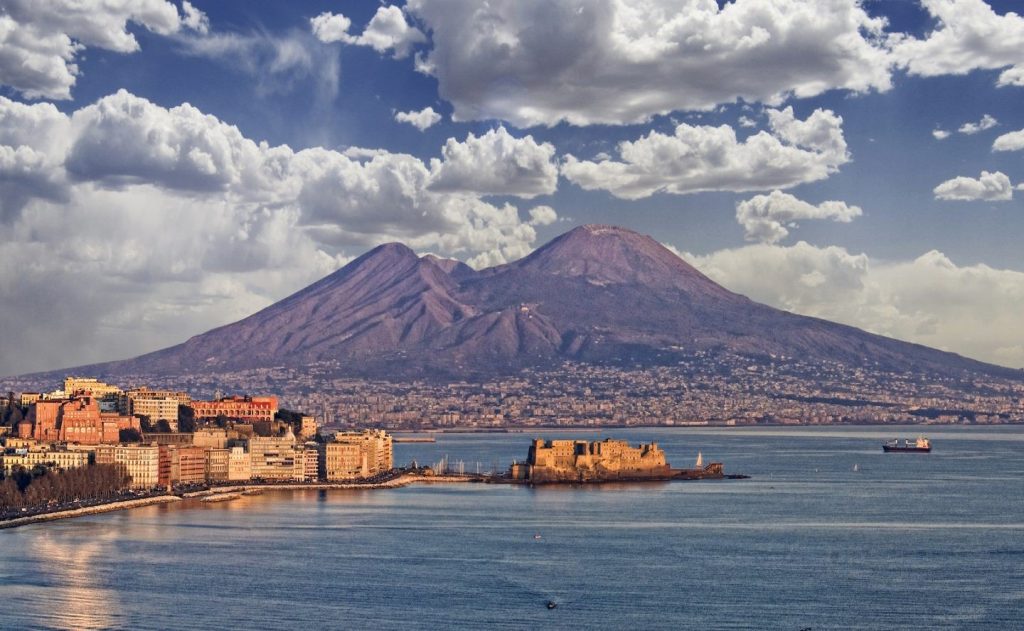 Naples straddles the Campi Flegrei volcanic area in southern Italy. Like Auckland, the volcanoes have been quiet for 500 years. A 2018 study suggests the area could be heading for a ‘large volume eruption’, which would put Naples — a metropolis of 3 million — in the firing line.

Over the past year, home prices in Naples fell 5.3%. It is now about 45% cheaper to buy in Naples than in Milan, where prices increased 11.8% over a similar period.

How can investors approach this?

As with any investment — financial or property — it is vital to make an accurate assessment of its risk. The best way to manage risk is to diversify. In particular, investing wealth outside of one area. Into uncorrelated assets such as global equities.

Remember: In the unlikely event of any eruption in Auckland, the NZX would be affected too. In 2019, Auckland was responsible for 37.9% of the country’s GDP.

It pays not to put your eggs in one basket.

A survey of household wealth in the US by the Federal Reserve found a skew toward more financial assets at the upper echelons. The top 1% of Americans, by net worth in 2020, had fully 45% of their wealth in corporate shares and mutual funds. Only 12% in real estate.

So it seems the wealthiest investors diversify investing away from risk with equities. In other states, regions, and countries. Concentrated real-estate exposure risk seems a middle-class issue.

In a small country like New Zealand, investors may comfortably diversify into other developed markets. For example, Australia, Europe, and North America. Though there will be risk on other fronts such as forex.

At Wealth Morning, we run one of this country’s few night-trading desks for Wholesale Investors. Accessing European, American, and developed Asian markets.

It is called Vistafolio — taking the ‘long view’ and building productive portfolios. Four nights a week, my colleague John and I hunt for the best opportunities in these global markets for our portfolios.

We aim to spread risk, build income, and achieve growth from opportunities beyond the radar. That involves pricing risk every day.

While the risk of natural disasters like volcanic activity is tiny, it is still a risk that should be priced. And I suspect that price tag has been ignored for too long in this town.