Silver Bullet: Here’s How We Solve the Kiwi Housing Crisis

I don’t walk up Queen Street very often. Today, a man catches my attention. He is probably in his 70s. He is sitting on the pavement, begging. For a flickering moment, we make eye contact.

I do not see someone just trying to make a dollar. I see in those eyes a lost, broken, and homeless man. I see someone of similar age to my dad. But not with the hopes of retirement and projects and trips. Just sadness. And emptiness. And complete loss.

Last year, we interviewed CAP, a nationwide group dealing with debt and poverty. And we come to the conclusion that housing cost pressures in New Zealand are the key cause of deprivation. Cases where rent and even mortgage payments leave people with barely anything to live on.

If you are still not convinced that there is a housing crisis in this country, consider the following: 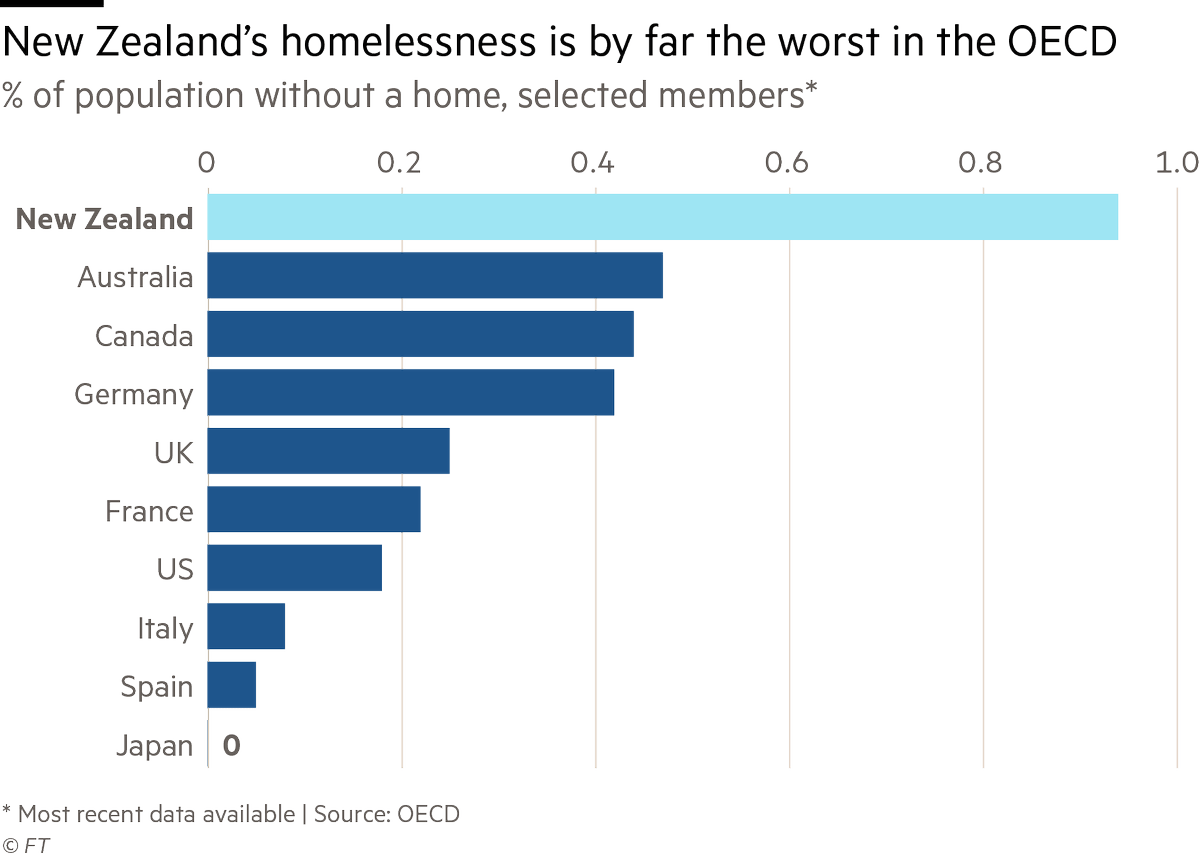 At Wealth Morning, we champion investors in businesses and productive property via the financial markets. And we have a history of providing news and information to guide people toward superior returns.

Which is why we’re genuinely concerned about the housing crisis in this country. It is not only a housing issue. It is an investment issue, where capital is channelled not to economic activity. But to speculation on rental housing.

How did a progressive country fail so badly?

Do you have a solution?

There’s little point whining about a problem if you don’t have a solution. Those who abetted the problem will not be held to account. And for the still majority of people who own homes, some more than one, they have done very well indeed.

Capital-gains tax will not solve the problem. There is already limited CGT in the form of the bright-line test. Instead, CGT could risk hording of housing as people avoid what amounts to a ‘tax when you sell’.

A deemed rate of return tax possibly makes more sense. Along the lines of what Susan St John of Auckland University has suggested. I would tweak such suggestion to focus on housing beyond your primary residence completely. And consider taxing that at a ‘fair dividend rate’. Perhaps 5% on the gross value. This would sharpen investors’ minds on the real return of housing, while broadening the tax base to deal with the current economic imbalance we face.

Yet, the levers of taxation may still not resolve the key underlying problem: More demand for homes, particularly in certain locations and of certain type, than the country has or can produce.

One of the problems with the maligned KiwiBuild programme is that it focuses on building homes without correct analysis of the path to ownership.

Most people start off renting. It is not only the high cost of homes that has caused the crises, but the very high cost of rent. If you want to scale homebuilding, you need to first scale home renting.

Indeed, charitable programmes such as that offered by Habitat for Humanity do exactly this. Habitat is addressing market failure with a ‘rent-to-buy’ type model. Families pay affordable rents on their home. Then may have the opportunity to refinance and buy it once they are able to do so.

Central government are the only ones who can fix the system

We’ve looked at this from multiple angles. Tweak the tax. Remove the RMA. It might all help.

And it is central government that can ultimately lead large-scale infrastructure to facilitate development. While addressing skill shortages in building and trades.

They did it post-World War II. Built tens of thousands of homes and laid out whole new suburbs. They brought in or trained the people necessary to build them. And even imported pre-cut houses from Austria when local materials ran out.

This provided decades of affordable housing.

Now it needs to start again. With quality rental housing. Beyond the lumbering bureaucracy of the current state house system.

Vonovia [ETR:VNA] is one the largest commercial providers of housing in Europe, owning over 400,000 dwellings across Germany, Sweden, and Austria. 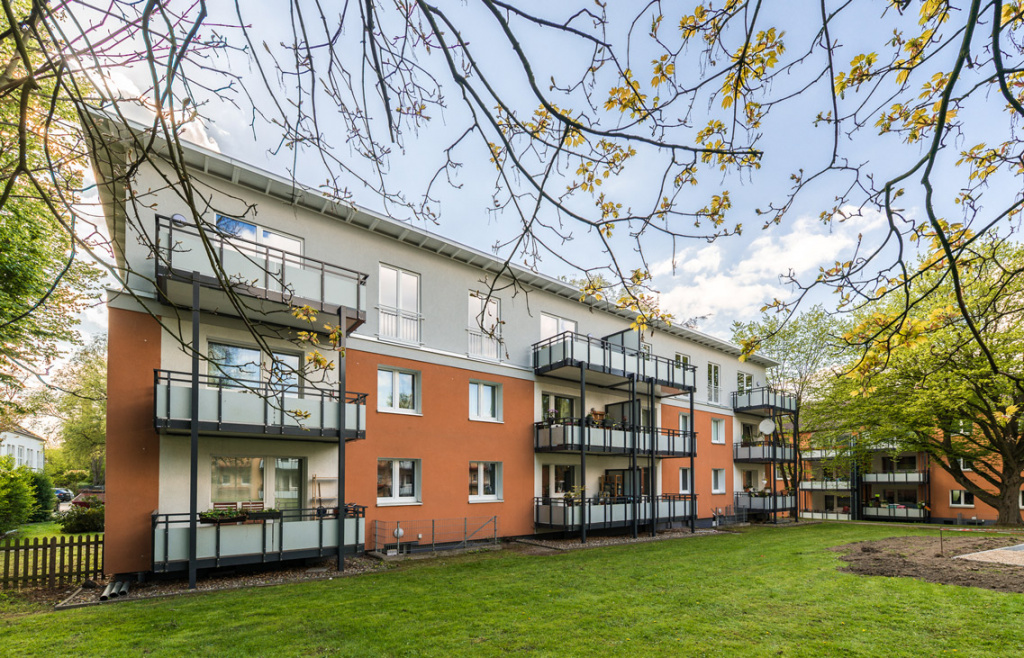 The Company’s share price has doubled since 2015. It pays investors a dividend of around 3% p.a. Shows a current return on its equity of around 14%. And, compared to other businesses, was barely affected by Covid.

A resilient and defensive enterprise, investors currently pay a 50% premium on tangible asset value to own this stock. 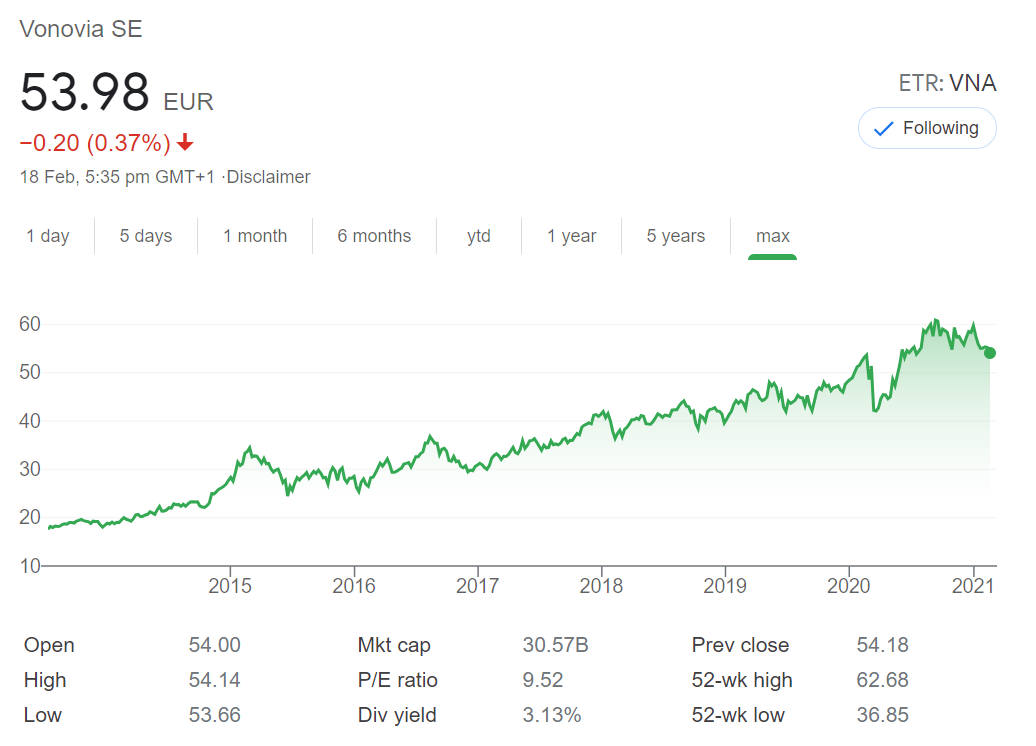 My point? Renting is an affordable option for people across Germany due to companies like Vonovia.

New Zealand could benefit from a larger-scale builder of affordable rental property. But it needs a commercial, market-focus.

If central government could kick-start such an operation, the company could then be floated on the starved NZX. Allowing investors to buy a stake — as was successfully managed when the power companies were floated some years back, offering 49% of their shares. Investors could then contribute to the building and rental of housing in a scaled and potentially profitable way.

Sure, the private sector is also working on ‘build-to-rent’ options. But given the impediments of central v. local government, the RMA, skill shortages, and infrastructure deficits — it seems to me Wellington may need to spearhead things in a more ambitious way.

When you roll out thousands of medium-density dwellings offering affordable rents, rents across the market may fall. And this may encourage many marginal landlords to sell and invest in more productive areas. Bringing more homes to the market and improving affordability.

We are currently preparing a housing petition, lobbying for better policy on investment into this area. Do let us know what you think of our analysis and ideas.