The Trump Factor: Will He Win a Second Term?

‘We hold these truths to be self-evident, that all men are created equal, that they are endowed by their Creator with certain unalienable Rights, that among these are Life, Liberty and the pursuit of Happiness.’

—The United States Declaration of Independence

This is among the most famous passages in the English language. Its ability to inspire remains as profound today as it was back when it was first written.

Freedom. Equality. Greatness. This is what underpins America. A civic religion that stretches all the way back to the 17th century. 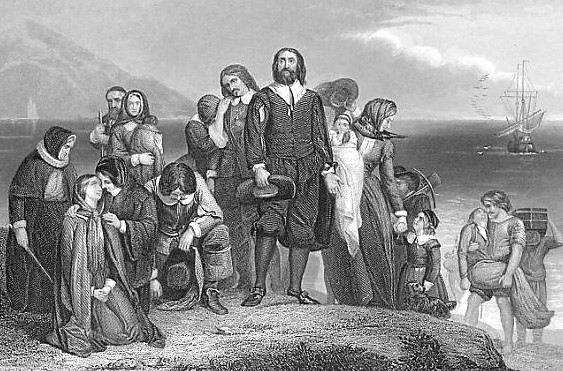 That was when the first Puritan settlers landed in the New World. One of their leaders, John Winthrop, gave a moving sermon in 1630. He called their new home ‘a city upon a hill, the eyes of all people are upon us.’

It’s safe to say that Winthrop’s words have proven prophetic.

In 2020, all eyes are on America. Its domestic challenges have dominated the global news cycle:

As I watch these events being covered on Fox and CNN, I’m struck by two different visions of the country.

On both sides, the tone is forceful and angry. And the pundits appear to disagree on pretty much everything.

It all leads to a single question: ‘Will Trump win re-election?’

With just five months to go until America hits the polls, the stakes are high, and the conclusion will be feverishly anticipated.

Why Trump will win 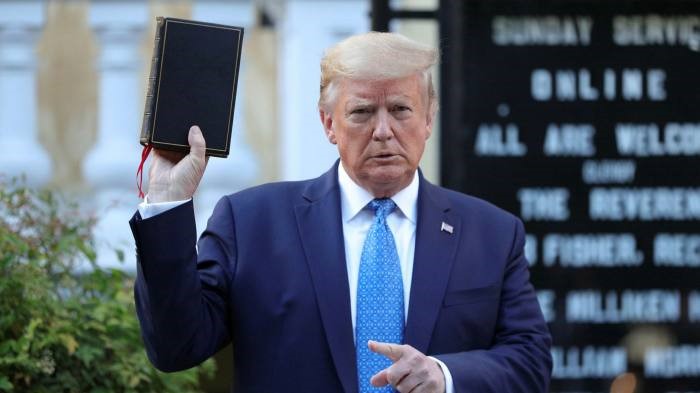 The Evangelical factor is hard to ignore. This demographic represents Trump’s core base of support, and they are loyal to him. The foundation of their faith is ‘vessel theology’. Trump is a modern-day King Cyrus. A man who is flawed, yes, but divinely chosen by God to lead America for a biblical purpose. The recent turbulence hasn’t dented Trump’s reputation at all. In fact, it’s only reinforced his image as president chosen to ‘navigate in chaos’.

Often ignored by secular America, Evangelicals see Trump as their best — perhaps only — hope of returning the country to the golden age they often pray and yearn for.

On the other side of the spectrum, even Trump supporters who are not religious remain enthusiastic about his presidency. His apologetic, take-no-prisoners approach resonates deeply with them. He has challenged multiculturalism, immigration, and free trade — in many cases, dismantling Barack Obama’s legacy. Why not give him another term?

To add to this, the Electoral College is another major factor. In terms of electoral votes, the two most populous states — California and New York — may favour Democrat challenger Joe Biden. But this is outweighed by Trump’s homecourt advantage in the constellation of sparsely populated red states — such as Alaska, Wisconsin, Michigan, and Ohio. In theory, it is possible for Trump to lose the popular vote again (like he did in 2016) and still retain the White House.

Finally, as James Carville famously said in 1992, ‘It’s the economy, stupid.’ Yes, the damage from the coronavirus may be traumatic, but this may actually end up being a short and sharp bump in the road. We are already seeing how stimulus and money-printing is alleviating the pain. If the economy continues to improve over the next five months and a V-shape rebound is secured, Trump will get the credit.

Why Trump will lose 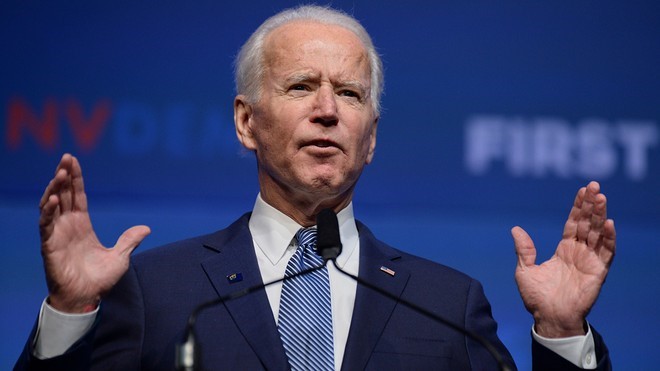 On the face of it, Joe Biden is an uninspiring candidate. He doesn’t inspire the same kind of cult-like fervour that has been given to Bernie Sanders and Elizabeth Warren. He’s very much an establishment figure. Safe. Boring. Predictable. He comes with his fair share of political baggage.

And yet…could Biden actually end up becoming the dark horse who succeeds in toppling Trump?

It’s hard to say for sure, but COVID-19 and George Floyd could represent a turning point for liberals and independents. On a grassroots level, the mood is certainly acidic. African-Americans have suffered disproportionately from the coronavirus pandemic. Along with police brutality, this feeds into a 400-year narrative of slavery and segregation. As the past, present, and future collide, the fury is palpable.

In addition, the economic turmoil might get worse. The much-anticipated V-shape rebound might actually end up looking more like a W-shape. Or even an L-shape. Ordinary American households will bear the brunt of this, suffering deepening anxiety.

Could Biden actually harness this mood to turn the tide in his favour? Could he energise his supporters in five months with the promise of change? 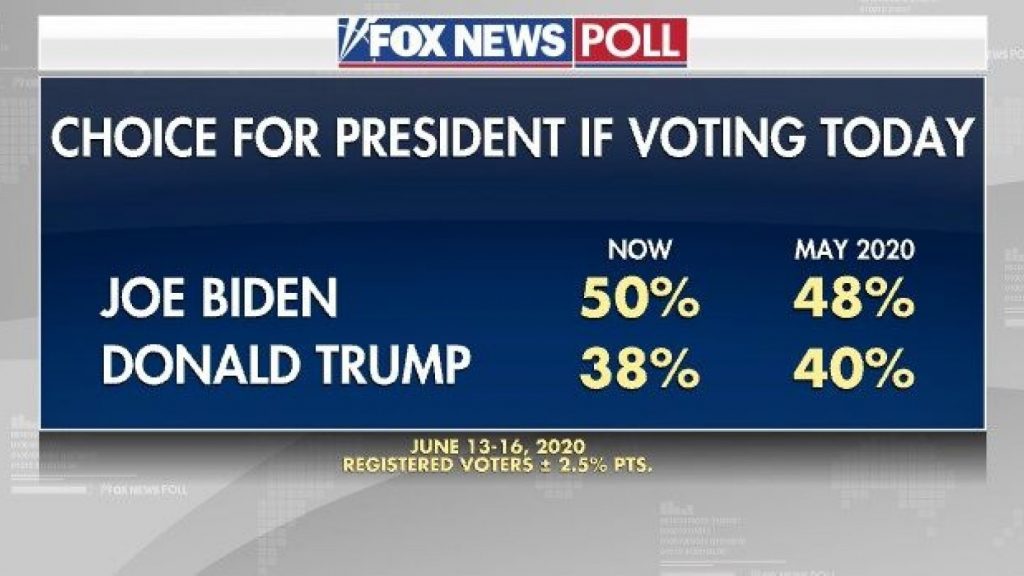 A June 13-16 Fox News poll shows Biden as the preferred choice for president, pulling ahead by over 12%. This appears to be a commanding lead. But is it actually real? Will Trump’s opponents actually vote instead of talk?

It’s a well-known fact that the United States has among the lowest voter turnouts in the world. Just over 50% of eligible American voters actually vote. Contrast this with the 70% to 80% figures often seen in countries like New Zealand, Denmark, and Sweden.

There are no two ways about it: political engagement in America has historically been abysmal. No less than Barack Obama himself recently admitted as much. In his opinion, even though African-Americans have the power to vote for reform, they often fail to, thereby trapping themselves in an ugly cycle:

It’s mayors and county executives that appoint most police chiefs and negotiate collective bargaining agreements with police unions. It’s district attorneys and state’s attorneys that decide whether or not to investigate and ultimately charge those involved in police misconduct. Those are all elected positions. In some places, police review boards with the power to monitor police conduct are elected as well. Unfortunately, voter turnout in these local races is usually pitifully low, especially among young people — which makes no sense given the direct impact these offices have on social justice issues, not to mention the fact that who wins and who loses those seats is often determined by just a few thousand, or even a few hundred, votes.

Still, could this time be different? Could collective anger against Trump actually prompt liberals and independents to get serious? Could they actually adopt some of the intense passion we’ve seen from conservatives and Evangelicals?

As the clock ticks down to November 3rd, there’s a chance — no matter how slim — that Trump’s opponents might just succeed in pulling a rabbit out of the hat. 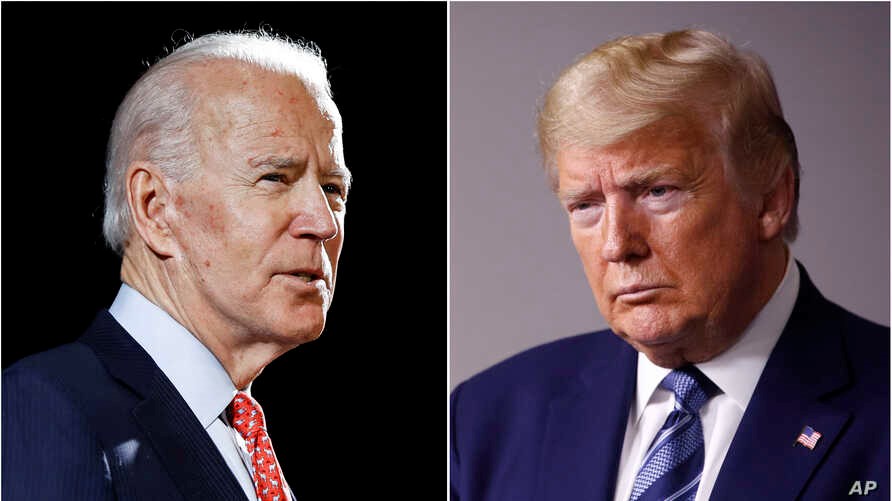 As the incumbent, Trump certainly has the advantage. The machinery of government is on his side, and his base is formidable.

Just look at the 82 million followers that he has on Twitter. Contrast that with the 6.1 million that Biden has. It’s clear that Biden has a lot of catch-up to do.

In addition, Trump is a seasoned street fighter with a history of hitting under the belt and holding nothing back. Meanwhile, Biden is a conventional boxer with an orthodox stance and a habit of operating by traditional Washington rules.

When these two men actually confront each other on the debate stage, you can be sure there will be fireworks. Each man will almost certainly accuse the other of threatening the American dream. And, in fact, the very meaning of the American dream itself will be scrutinised and argued over.

Remember that shining city on the hill that John Winthrop spoke so eloquently about? That metaphor — so deeply ingrained in the fabric of the nation’s consciousness — may just prove to be the greatest flashpoint of all.

As Trump and Biden sharpen their blades in preparation for November, you can expect aggressive partisanship to split the country apart even further.

The mood is incendiary; cynicism is at an all-time high.

This will be an American election to watch.

PS: Wondering what the lead-up and aftermath of the American election could mean for the markets? We’re positioning our readers for potential growth in our Lifetime Wealth Investor research.