Malaysia: The Asian Tiger That Lost Its Roar

How does a fairy-tale become a nightmare?

How does it happen in only two years?

That’s the question that the people of Malaysia are wrestling with right now.

For them, these past two years have felt like an emotional roller coaster. It started with hope and confidence, only to be dashed by betrayal and heartbreak.

To understand how it actually happened, you’ll only need to hit the rewind button.

The story started on May 9th 2018. That’s when a loose alliance of liberals and plutocrats known as Pakatan Harapan (loosely translated into English as Coalition of Hope) scored a stunning electoral win.

They managed to defeat and oust the sitting right-wing government led by the United Malays National Organisation (commonly known as UMNO). 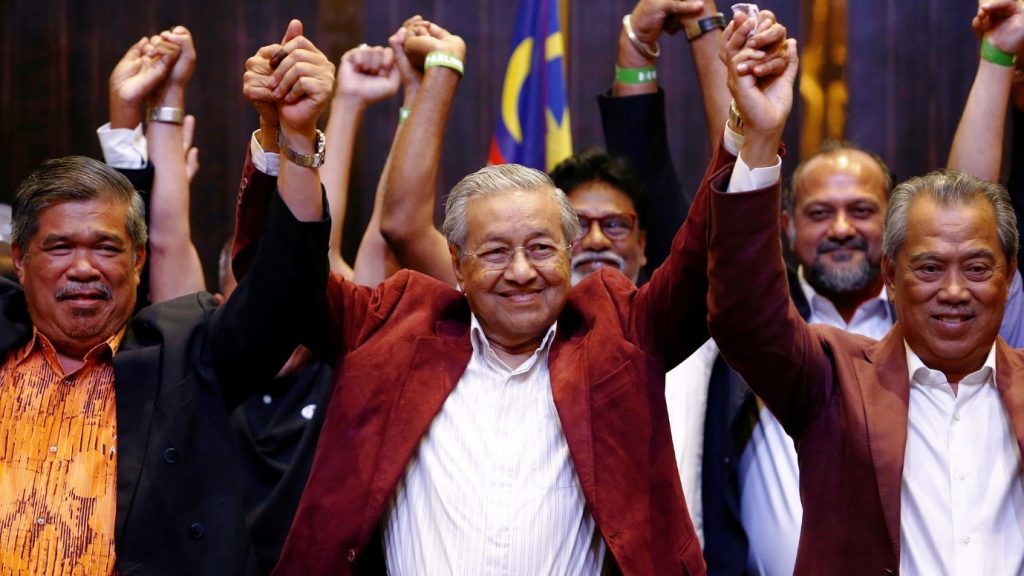 This was a seismic event. Massively profound. And it’s hard not to see why.

UMNO had been ruling Malaysia ever since the nation gained independence from the British in 1957. That’s over 60 years of uninterrupted power. The authoritarian regime was one of the longest-reigning in the world.

To put this into perspective — three generations of Malaysians have known no other government. And yet the unthinkable did happen. There was a sudden shift that changed the political landscape entirely.

What brought down the UMNO behemoth? It was mixture of complacency and arrogance.

Trouble had been brewing in Malaysia for a long time, but it reached its zenith when former Prime Minister Najib Razak found himself ensnared in a major corruption scandal. He allegedly conspired with his cronies to steal billions of dollars from the nation’s 1MDB sovereign fund.

In a complicated plot worthy of a heist thriller, the money was embezzled through Goldman Sachs. It was used to purchase everything from a luxury superyacht to diamond jewellery. Bizarrely enough, it was even used to finance the film production of The Wolf of Wall Street. Talk about irony.

Ordinary Malaysians grew enraged by what they perceived as Marcos-like extravagance — and they responded at the ballot box by handing UMNO and its allies a monumental defeat.

It was a remarkable turn of events. This was about people power. Good triumphing over evil.

When the new Pakatan govenment entered office, they did so on a buoyant mood. They had a five-year term; a popular mandate. They promised that corruption would be cleaned up. The guilty would be punished. And Malaysia would be transformed into a civil and law-abiding society.

This was a good narrative. Neat. Tidy. Simple.

But, sadly, what it ended up becoming was a squandered opportunity.

On February 2020, just short of two years in power, the Pakatan government suddenly fractured and collapsed. And in a sickening twist, UMNO and its brand of ultranationalism is back on the throne once more.

For most Malaysians, this is a shocking turnaround.

How on earth did it all go so wrong? Where was the fairy-tale ending we were promised? And who exactly is to be blamed for all this?

A country torn apart by racism

If you happen to be a Westerner visiting Malaysia today, you’ll be immediately struck by how benevolent this Southeast Asian country appears to be.

Everybody smiles. Everybody is obliging. And the country boasts skyscrapers, malls, and mass transit that could easily rival anything you’d see in the First World. 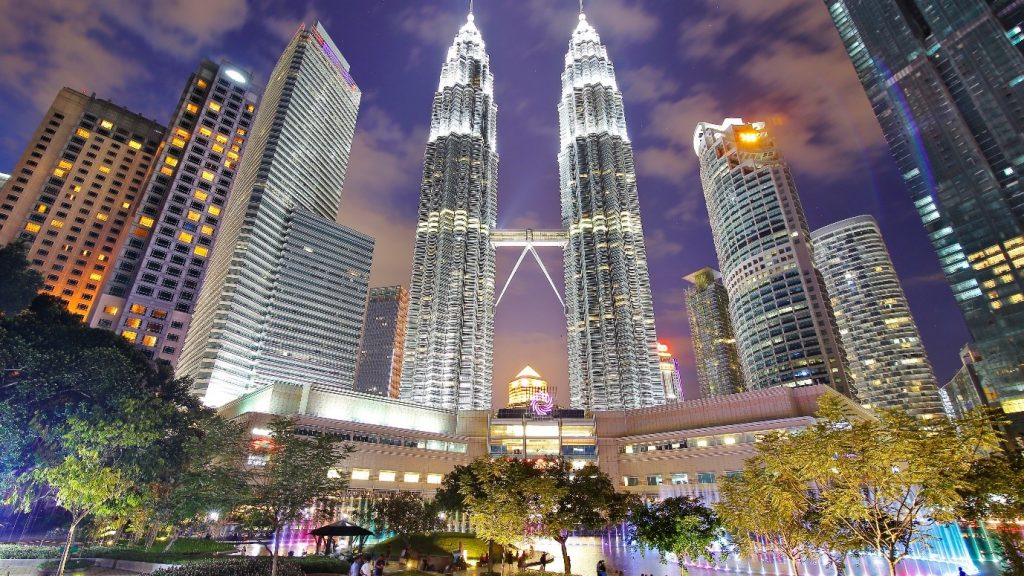 But hang around long enough, and you’ll start to see something else lurking just under the surface. It’s an ugly strain of ultranationalism, framed by violence, which continues to divide the country along sectarian grounds.

When the British colonials departed in 1957, what they left behind was an ethnic-Malay UMNO government that had no qualms about rolling out an apartheid-like policy.

It’s known as Bumiputera. Loosely translated, it means ‘Sons of the Soil’. Political machinery designed to separate Malays (called Bumiputera) from everyone else (called non-Bumiputera).

Ethnic Chinese Malaysians, in particular, have often borne the brunt of this racial profiling. On May 13th 1969, tensions boiled over into communal riots that left many dead. This bloody event remains a dark stain on the country’s history. 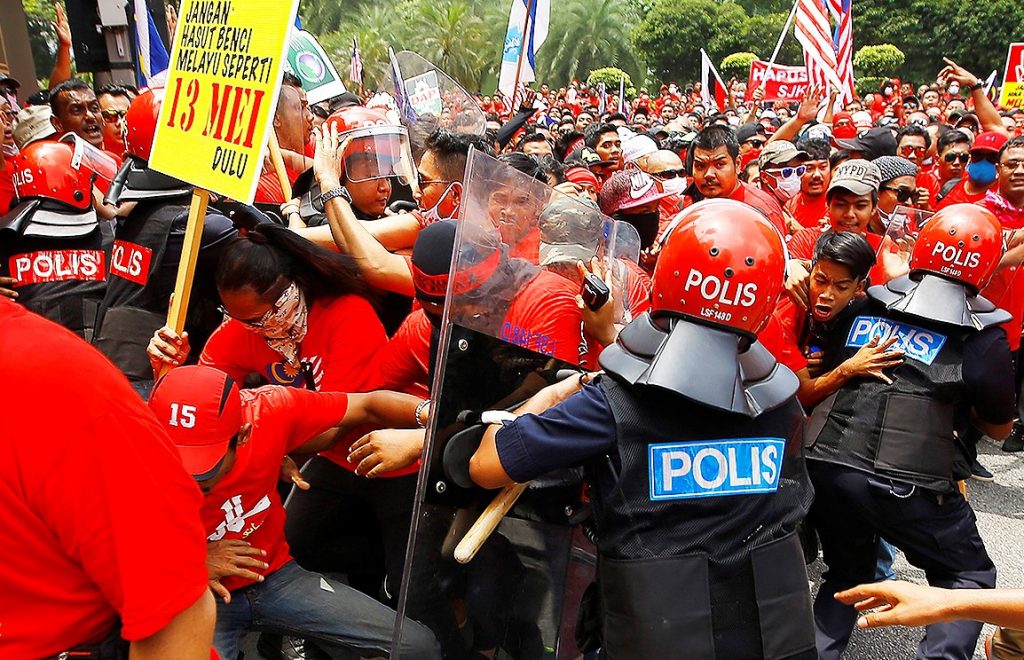 Since then, policies promoting Ketuanan Melayu (Malay Supremacy) have only accelerated and expanded in scope.

On a practical level, it does not matter how many years you have lived in Malaysia. So long as you are a non-Malay, you are treated as a second-class citizen. There are certain jobs you cannot have. Certain schools you cannot attend. Certain doors forever closed to you.

No surprise: this discrimination has led to a brain drain. An exodus.

Singapore (a former Malaysian territory which broke away because of disagreements over the Bumiputera system) has become the preferred destination for disillusioned non-Malays looking for a fairer deal.

Countries like New Zealand, Australia, and the UK have also benefited from disgruntled Malaysians seeking greener pastures and a foreign passport.

The Pakatan Harapan government, for all its promises, made no meaningful attempt to dismantle institutional racism. It was shockingly timid at the best of times; achingly incompetent at the worst.

To the disappointment of many, Pakatan continued to maintain the status quo. And in doing so, it may just have wasted a once-in-a-generation chance to fix Malaysia’s original sin. 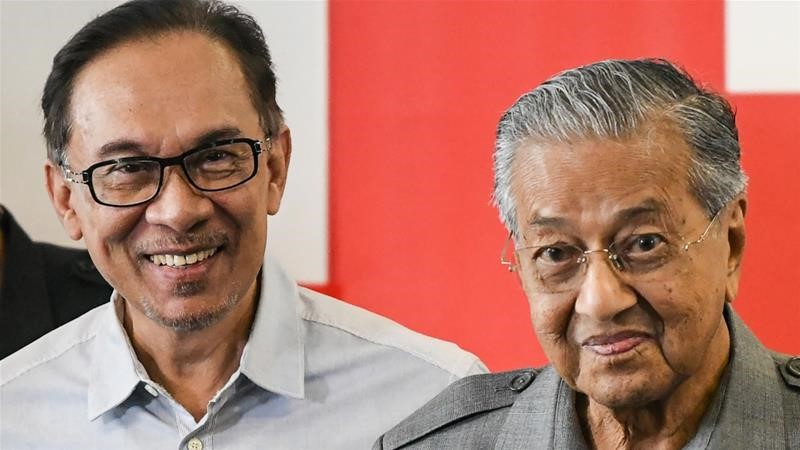 It’s impossible to talk about Malaysia today without mentioning the two personalities who have dominated the country’s political landscape for the past 40 years — Mahathir Mohammed and Anwar Ibrahim.

Both were originally UMNO heavyweights. Both were Malay ultranationalists.

At the height of their powers, Mahathir was the country’s longest-serving prime minister, and Anwar was his deputy.

Under their stewardship, Malaysia grew from a sleepy backwater nation into an industrialised Asian Tiger. As Mahathir and Anwar pursued expensive megaprojects to transform the country’s infrastructure, living standards rose rapidly among the middle-class.

Fraud and sleaze became a cultural hallmark of Malaysian life. You could even buy a Datukship (the equivalent of a knighthood) if you were willing to pay enough to grease the rails.

However, things came to a head during the 1997 Asian financial crisis. Mahathir was more conservative and favoured bailing out government-linked companies that had fallen on tough times. Anwar was more liberal and preferred to follow Western recommendations to liberalise the Malaysian economy.

A battle of wills ensued between the two men. Anwar lost and was stripped of his position and jailed over sodomy charges that many believe were bogus. Meanwhile, Mahathir continued to serve as prime minister before stepping down in 2003.

A marriage of convenience

Here’s where our story takes a wild twist.

By 2018, both Anwar and Mahathir had apparently reconciled, and they teamed up as Pakatan Harapan leaders. Their goal: to topple Najib Razak and bring down UMNO.

They had a gentleman’s agreement: Mahathir would serve as prime minister for two years before handing the premiership over to Anwar.

This marriage of convenience sounded good in theory. It was a decent compromise between two strong-willed men. But it courted trouble almost from the beginning.

For a while, it looked like only two options were on the table:

However, for critics, the second option appeared impractical. Mahathir was already 94, the oldest serving prime minister in the world. How much longer could he cling to power? And for what purpose?

The end of the democratic dream for Malaysia?

It was inevitable. The dominoes fell.

In a ripple effect, the Pakatan coalition disintegrated, leaving the doors wide open for ultranationalism to make a comeback. 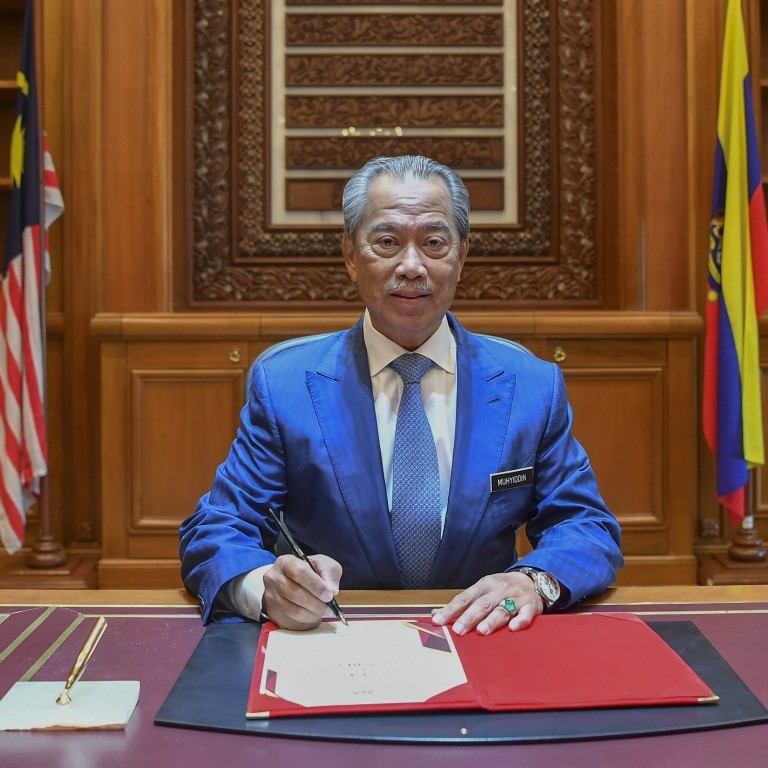 The new prime minister now is Muhyiddin Yassin. Ironically, he is also a former Mahathir apprentice. He has since joined hands with UMNO and PAS (an Islamist party) to form a new governing bloc called Perikatan Nasional.

This may well be the worst possible time for this to happen. The coronavirus outbreak is doing incredible damage to the Malaysian economy. Debt levels are high. And race relations have never been worse.

At the moment, Mahathir, Anwar, and their allies are left in the cold — but they must surely be plotting their next power grab.

Practically speaking, what Malaysia faces now is a kind of Balkanisation — fractured politics where both the government and the opposition will be in a constant state of flux. Disassembling and reassembling.

A ‘Malay First’ agenda will continue to prevail.

Liberal reforms — if any — will be put on the backburner, possibly cancelled out.

How does a fairy-tale become a nightmare?

How does it happen in only two years?

That’s the question that Malaysians will be wrestling with for a long time to come.