Budget Update: Who Broke the Economy?

Guess if you’re like me, you’ve got a fairly thin trust of authority. Power corrupts. And you likely believe most people generally do the best for their families when they’re given freedom to do so.

Well, that all changed 6 weeks ago.

And if you’re like me, among your favourite movies is Braveheart. You have admiration for people who stand up to the heavy-handed. Those who put at risk your freedom.

The markets operate the same way. Business does best when it can just get on with it.

It hasn’t been able to get on with it the past 6 weeks. But the share market has kept rising nonetheless. I’ll explain why in a minute.

Whole bits of our economy have died in jail

There’s widespread pain. I speak to a friend the other night. He owns a courier business. It has a pretty limited website employment page. Just a ‘join our team’ message and something about equal opportunity. In a normal week, there’s no enquiry.

It just got inundated with desperate people looking for work.

Meanwhile, the accommodation insecurity that plagued this country has got worse. Some landlords are running scared. And it seems more than 1 in 9 borrowers could be on a mortgage holiday.

That’s no holiday while the interest bomb ticks.

OK, so the complete lockdown did seem like a very safe idea at the time. We had to flatten the curve. But it went too far.

People aren’t stupid. If they know there’s a contagious and deadly disease out there, they will take their own precautions. Nobody heads to the park when they know a serial killer is on the loose.

The rules were heavy-handed. Now those heavy hands have racked up mammoth debt.

Choices have come with costs. That was the fair admission by the finance minister.

Government borrowing will rise to over 50% of GDP. By my calculation, it looks to be much higher as GDP itself declines.

Well, some say we’re in a better position than the US, with debt-to-GDP of around 100%.

New Zealand is a small, relatively remote country with a risk-weighted currency.

The US is the issuer of world’s reserve currency. It is the largest holder of gold reserves, with more than 8,000 tonnes. That is more than the holdings of Germany, the IMF, and China put together. The US has far more room to ease money supply.

Here in New Zealand, the big-ticket item is the extension of the wage subsidy, costing $3.2 billion. Now, you need to show a revenue drop of 50%. This — and the previous payout — show how expensive it is for the state to replace private wages.

Perhaps we should have let the butcher shops and many others stay open? OK, that’s unfair. We now have hindsight.

Often, the subsidy was needed so businesses could pay people and stay afloat. But its merits as an investment should still be questioned. It’s our money, after all. 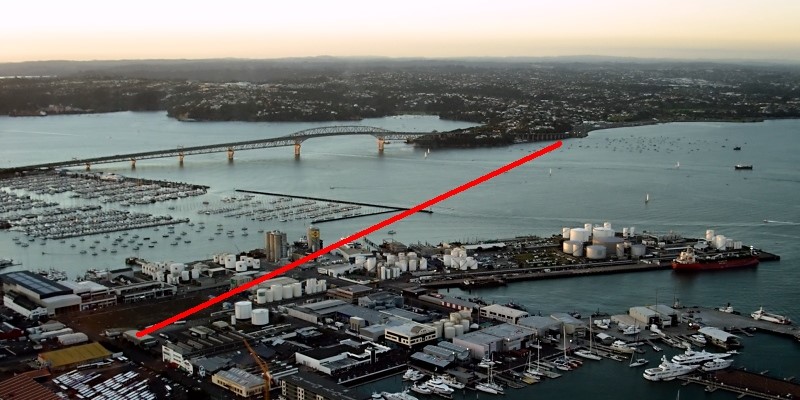 Just a fraction of what we’re spending on lockdown relief could have built a new harbour crossing and unleashed Auckland’s potential. Photo source: Wikipedia

$13 billion could have been redeployed this way:

Some of these suggestions are facetious. But you get the picture on how far $13 billion can go. And the importance of considering whether cash is just being spent or invested. 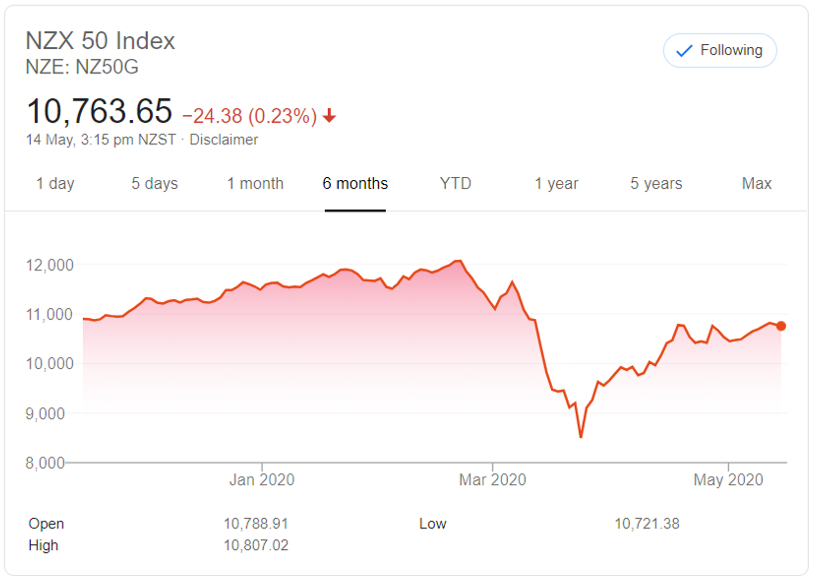 In a word, Quantitative Easing. The Reserve Bank is working to loosen the money supply and crank credit availability. Effectively making money supply less scarce than what it was.

Reduce scarcity of something and you lower its value.

Again, NZD is not the world’s reserve currency, with an eye on massive gold holdings.

Smart investors know they’re better to put any dry powder into assets. Market assets are among the most liquid to obtain. Hence the share-market boost, especially for larger businesses with a future beyond coronavirus.

Which is the other reason for the rise. This is a short, sharp correction. Once over, growth and employment will ramp up again. That’s a given. Smart investors price not for today but 12 months out and beyond.

What about house prices?

I’m convinced there remains a housing shortage in New Zealand. Past and current governments have relied on over-migration to shore up consumption-based GDP growth.

Of course, we need some skilled migration. But the levels were beyond which the housing and other infrastructure in Auckland could cope with.

We’re now entering a market with migration cut and unemployment set to double. By definition, this will work to pull down prices. But not necessarily resolve the demand-versus-supply problem that was created over the past couple of decades.

Housing is one area that could still benefit from further investment. The 8,000 homes for the needy in this mega budget seem to be a drop in the bucket. When you have had net migration at over 40,000 people per year since 2014 washing into overall housing demand.

In our Lifetime Wealth Investor premium research, we are watching a company with a value stock price. It is still investing in land and building homes.

Over the longer run, this business and many others may see their potential realised. Providing growth and income to investors.

Will we see economic growth from this budget and expenditure?

Not so much. The bulk of the cash has gone to pay lost wages. Due to this aggressive lockdown. Which is now looking to be very costly.

A well-meaning nanny can still end up suffocating the baby. Mixing up rescue with holding hostage.

But some good news. As of yesterday — we’re a lot freer to make our own risk judgments.