Fake Money Is Killing the Economy

Then in May 1942, just before the United States’ military fortunes in the Pacific improved, in the midst of the gloom and the bargains and at the point of maximum bearishness, the U.S. stock market made a bottom for the ages.

According to the TSA, travel volume through the nation’s airports declined from 2.3 million on March 1 to just 180,000 on Sunday.

Business travelers, vacationers, commuters — all fell by more than 90% as the U.S. economy moved to a war footing.

All across the country, people are staying at home. Business is collapsing. In Maryland, for example, staying at home is no longer a recommendation; it’s the law!

Millions of Americans already have lost their jobs amid the coronavirus and the worst of the damage is yet to come, according to a Federal Reserve estimate.

Economists at the Fed’s St. Louis district project total employment reductions of 47 million, which would translate to a 32.1% unemployment rate, according to a recent analysis of how bad things could get.

Betting on the smart money

Until then, the Axis powers had the upper hand. Then, in the Pacific, two battles — Coral Sea and Midway — put the Japanese Navy in its place.

And in the Soviet Union, the Red Army forces encircled the German 6th Army at Stalingrad. It was just a matter of time until they finished them off.

And as Barton Biggs — who cofounded one of the first hedge funds — noted above, 1942 gave investors a great stock market buying opportunity. The Dow dropped below 100, which proved to be the best entry point ever.

Is this another great buying opportunity?

We doubt it. The feds can juice the markets with fake money. But they can’t make a real depression go away. Fake money produces fake wealth, not real wealth.

And this time, the feds are making war against an enemy they can’t beat: capitalism itself. The gods are on the other side.

But fake wealth is good enough for investors! Fake dollars? Bring ‘em on…

Fake money and federal central control may destroy the U.S. economy, but they can still boost stock prices.

Quarantined in the valley

In the meantime, we are locked down here, 5,000 miles from home. But like a couple shipwrecked on a South Sea island, we are enjoying local fish and exploring the island.

And, what luck, several cases of our wine washed up…and a grand piano, too!

We still can’t drive across the river, but a drop in the water level made it possible to cross on horseback. 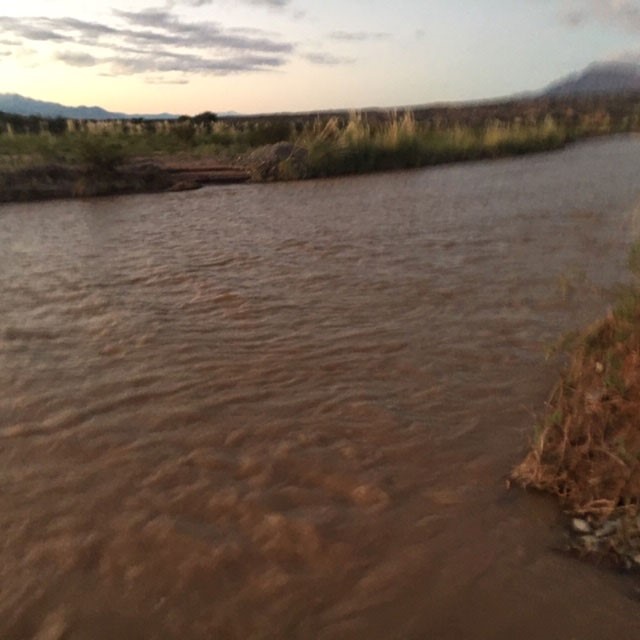 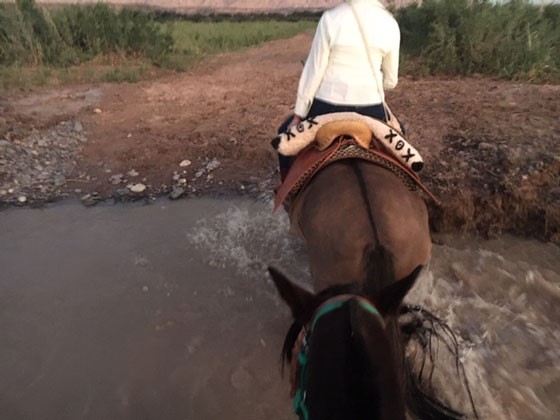 We rode up to the little village that sits on the edge of the farm.

There are about six houses in the dusty village…a church…and our farm buildings — where we keep tractors, harvesters, disks, rakes, and so forth.

Riding up, in the distance, we saw familiar faces.

There was Sergio, who keeps the farms supplied with parts and fuel.

Monzon was there, too. He’s a builder who is raising the roof of our storage shed so we can get our harvester under cover.

And there, too, was Ramon from next door (about half an hour on horseback up the river).

Ramon is a larger-than-life character in the valley. He’s been here all his life. He knows everyone. And everyone’s business.

Dressed in wide gaucho pants, suede boots, and a broad cowboy hat, he rides a Peruvian Paso Fino horse. He came out to greet us as we rode up the road.

We have a hard time understanding Ramon. He speaks with a very local accent, with colorful expressions that often leave people from the city puzzled.

Ramon insisted that we join him on a tour of the property before going back to the village.

The farm lies on both sides of the river. On the far side, where our house is located, we have small corrals for cattle and horses. Otherwise, all the land is planted in alfalfa.

On this side, the property goes over to the main (dirt) road that runs from the tip of Patagonia in the South all the way to the Bolivian border, Route 40.

It was on this road that Che Guevara supposedly rode his motorcycle — ‘El Poderoso’ — and wrote his Motorcycle Diaries.

Near the road, the local people grow onions, pimiento, tomatoes, corn, squash, watermelons, and other kitchen crops. The onions, especially, are profitable for us all.

The locals do the hand work. We prepare the earth with our tractors, pick up the bags of onions, arrange for sales, and handle the paperwork, sharing the revenue.

We rode along, inspecting the canals, checking the quality of the crops, talking about where we were going to rotate out of onions and into oats or alfalfa.

Ramon has it all figured out. And he has a plan for everything.

Down along the river, the ground is too salty and too prone to flooding for normal crops. But there we will plant festuca, which we presume to be what we call ‘fescue’ in America.

One money disaster after another

Finally, rejoining the others, the conversation turned in a familiar direction.

‘Can you believe what is going on?’ Sergio began. ‘It is like everyone has gone crazy. We have no cases of the virus here in the valley. But I still had to go through six roadblocks just to get here. Each time they checked my paperwork. And we’re not even allowed to go into Molinos to buy fuel.’

‘Crazy?’ Ramon rolled his head backward and roared. ‘I’ve been living with craziness all my life. One disaster after another.’

‘You’re lucky,’ Ramon continued, pointing in our direction. ‘Here in Argentina, we’re so used to craziness that we couldn’t live without it. It’s the craziness that keeps us sane. But you don’t have that problem in America…’

‘I’m not so sure,’ was the best answer we could make, trying to follow Ramon’s train of thought.

Ramon recalled the inflation of the ’80s.

‘I remember…you’d go out for a beer and a cigarette…and while you were sitting at the bar, the price of the beer would double.’

We’ve known Ramon for at least 12 years. It was from him that we bought our ranch, Gualfin.

The property settlement was our introduction to doing business in Argentina — that is, in a corrupt, inflation-ridden economy.

There were papers to sign in a notary’s office, just as there is in North America. But there was also a discussion about how the money was to be paid.

‘How much in ‘white’ and how much in ‘black?’’ Typically, some money passes ‘under the table’ to help the seller avoid taxes. But the buyer also needs to explain where he got the money.

In that case, another color is introduced: blue.

Nobody, then or now, wants to trade dollars for Argentine pesos at the official rate. So both buyer and seller are encouraged to move transactions ‘off the books.’

It seemed a bit crazy to us, but there was a logic to it.

Ramon, coming down from the valley, was out of place. Crossing the street through the anarchic traffic was a challenge.

Dressed in his gaucho outfit, Ramon would step out on the street…and almost defy the drivers to run into him.

‘Look at him,’ a big-city lawyer remarked. ‘He thinks he’s back in the province, walking through a herd of cattle.’

But Ramon knows his way around the valley better than anyone. And he knows ‘crazy’ as well as anybody.

‘But you know something…It’s never quite as crazy as you think. There’s always someone with his hand in the cookie jar.’

Back in the U.S., so many hands reached for the cookies last week, it took 800 pages of dense copy in the CARE Act to list them all.

Congress was giving away the equivalent of 10% of GDP, doubling federal spending. Who didn’t want a hand in that?

And, by the way, Congress has no money of its own. Every penny will have to be taken away from the very people they claim to be rescuing.

And perhaps the most appalling thing was that Congress passed this monstrous bill on a voice vote.

Only one member of Congress objected…and he was widely ridiculed, as though he was preventing an ambulance from getting to the scene of an accident.

And now, those who missed out are already getting ready for the next go-round.

Industries That Missed Out on Stimulus Shoot for the Next One