Money Only Gets You So Far: The Rise and Fall of Bloomberg

‘These violent delights have violent ends.’

It’s hard to believe that it’s been four years already.

It feels like only yesterday that we watched The Donald take to the stage at Trump Tower in New York, surrounded by red, white, and blue.

With his head tilted playfully to one side, he grinned and flashed a thumbs-up. He’d just scored a stunning win, defying all expectations.

It was historic. Unnerving. The perfect storm.

No less than Michael Moore, that left-wing firebrand and agitator, predicted with remarkable accuracy the reasons why a Trump victory was inevitable.

What it came down to was three things:

Michael Moore had a slogan that summed it up best: ‘Rust Belt Brexit’.

Trump’s ascendency to the White House meant that it could no longer be business as usual in Washington. This wasn’t just a hiccup. This was a full-blown earthquake — hitting 9 on the Richter scale.

Trump’s methods may be crude, his delivery blasphemous, but to his supporters, he’s nothing short of the saviour they’ve been waiting for.

He’s the billionaire outsider with a hammer, frantically looking for nails to clobber. Indeed, why shouldn’t he be allowed to continue doing what he does best?

Let’s take a breath. The events of 2016 are already in the rear-view mirror. Coming up ahead: Tuesday, 3rd November 2020. It’s approaching fast.

By now, Democrats have had four years to lick their wounds. It’s been a gut-wrenching and soul-destroying experience for them to witness Obama’s legacy being dismantled, piece by piece.

The true believers still hope against hope that there’s a chance Trump can be defeated at the ballot box — even though popular wisdom would suggest otherwise.

What we’re seeing now is a colourful line-up of candidates jostling to be the chosen one to challenge Trump.

Bernie Sanders. Elizabeth Warren. Joe Biden. Much has been written about them and their eccentric campaigns. But from a logistical point of view, it has to be Michael Bloomberg who has the most fascinating profile.

Bloomberg is an outsider

He’s entered the race as a dark-horse billionaire candidate. And if the reports are to believed, Bloomberg has just spent $450 million of his own cash on an avalanche of ads. Everything from old-fashioned billboards to snazzy television. All designed to short-circuit the Democratic nomination process.

By campaigning like this, Bloomberg has effectively broken with tradition. Here’s why:

Bloomberg’s approach is nothing short of a blitzkrieg. Instead of building grassroots support from the bottom up, he’s doing the exact opposite. He’s using financial might from the top-down to prep the battlespace he has in mind. Shock and awe, if you will.

At first glance, the similarities between Donald Trump and Michael Bloomberg are striking.

They both belong to the same generation — Trump is 73, while Bloomberg is 78.

They harnessed the dynamic power of the New York economy to accelerate their wealth.

Both consider themselves billionaire outsiders, keen on taking on impossible odds.

And yet, Bloomberg has gone to great pains to portray himself as radically different from Trump. 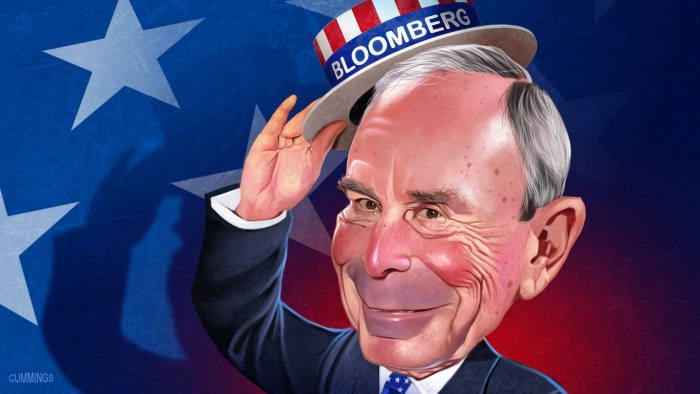 Just watch his Rebuild America ad on YouTube. You’ll see Bloomberg ticking off his credentials via a series of captivating sound bites and images:

The broad strokes of the ad are punchy. Bloomberg presents himself as the counterpoint to Trump. Yin and yang.

This kind of political messaging appears to have produced the kind of results that Bloomberg had hoped for.

Most notably, it got him a spot at the Democratic debate in Las Vegas on February 19th. Bloomberg got the chance to face off against Bernie Sanders, Elizabeth Warren, and other contenders for the crown.

How did that turn out?

Moment of truth for Bloomberg

To borrow a phrase from Trump: total disaster. 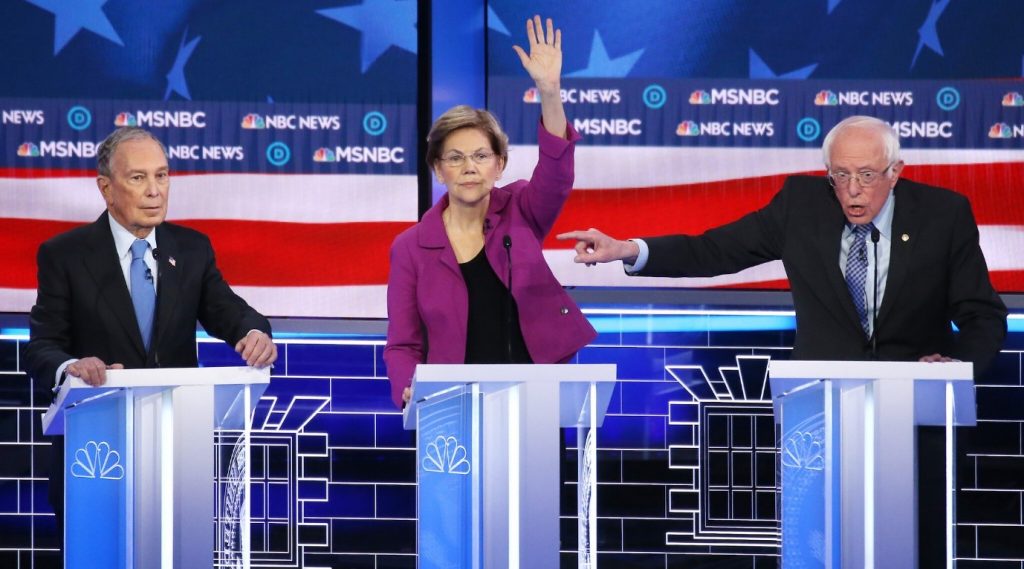 For a man who has previously shown such entrepreneurship and energy, Bloomberg came across on that night as weak and disjointed.

His Democratic rivals ganged up on him, attacking him ferociously. His status as a wealthy one-percenter came under question. So did his sexist behaviour as a businessman. And, of course, his mayoral policy of stop-and-frisk against minorities.

As blow after blow landed, Bloomberg grimaced and fidgeted under the headlights. His attempts to defend himself were timid. His confidence was shattered. He looked anything but presidential.

Why did it go so terribly wrong?

We can only speculate at the reasons.

Maybe it was because he hadn’t participated in a debate in over a decade. Maybe throwing himself in the deep end was too much. Or maybe his own hubris and complacency got the better of him.

Regardless, February 19th will be a night that will live on in infamy for Michael Bloomberg. He had an astounding array of resources at his fingertips — the best political operatives and machinery money could buy.

And yet, in the end, he simply lacked Donald Trump’s swagger and killer instinct.

Failure he couldn’t recover from

The optics have proven to be hugely damaging for Bloomberg’s brand. It’s the fact that he allowed himself to be pummelled before millions of viewers without throwing back even one good punch.

Can you imagine Trump ever being backed up into a corner like this?

It’s an excruciating tragedy. Bloomberg has spent $500 million to get to this point — only to see his campaign crash and burn in ghastly fashion during Super Tuesday.

He only scored a single Pyrrhic victory in American Samoa. He received just five delegates — well short of the 1,991 needed to secure the Democratic nomination.

There is much to regret here. After all, if you can look past Bloomberg’s lack of charisma, you might actually find him to be a respectable candidate with centrist and moderate policies. He might actually understand finance and investment better than his compatriots.

Problem is: politics these days is not about credentials. It’s about showmanship and stage presence. Sadly, Bloomberg just couldn’t sing the right tune.