It’s Never Too Late to Invest in the Crypto Revolution

As you probably well know, cryptocurrencies exploded in 2017. Just looking at bitcoin, the price hit short of US$20,000 in December 2017.

Bitcoin’s price plummeted to around US$6,900 in February this year. While the price has somewhat recovered since — to about US$9,000 — bitcoin has still lost over half its value since last year.

Is the crypto revolution over? Are cryptos and blockchain technology just a bubble? Or the future? And, if they are the future, what would that look like?

With these and many other questions in mind, I attended the Blockchain Economy World Tour conference in Sydney yesterday.

The first thing to notice as I arrived was the large amount of diverse people involved in this space from all over the world…London, Dubai, New Yok, Paris, Hong Kong, St Petersburg…

The other thing to note immediately, was the amount of investment coming into this space.

Cryptos may be having a bad start of the year. Yet, as Deryck Graham, chairman of First Digital Capital told us, in the first quarter of 2018 alone, Initial Coin Offerings (ICOs) raised a whopping US$6 billion.

To put this in perspective, they raised a total of US$4 billion for the whole of 2017. That is, in the first three months of 2018, ICOs have already raised 50% more of what they raised in the whole of last year.

If you are not familiar with ICOs, they are a way for a company to raise money by selling its own cryptocurrency. That is, a company will receive cryptos or fiat currency in exchange for the new coin. In a way, ICOs are similar to initial public offerings (IPOs).

Just to give you an idea of how much investment is going into this space, let me show you the ICO tracker from Coinbase. The ICO tracks and analyses blockchain token sales and ICOs movements. 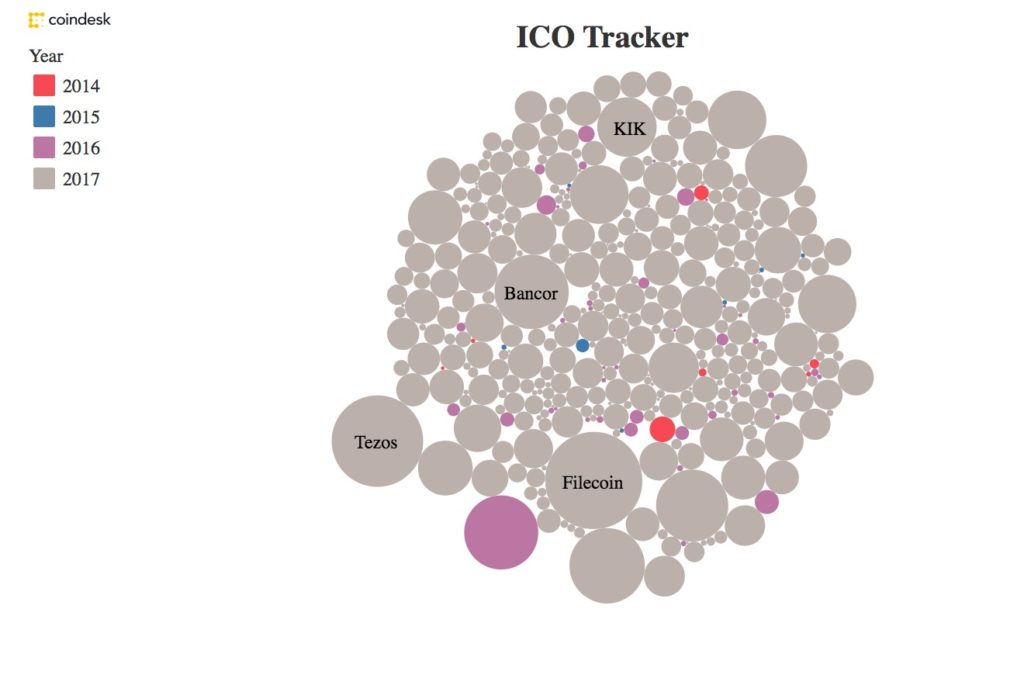 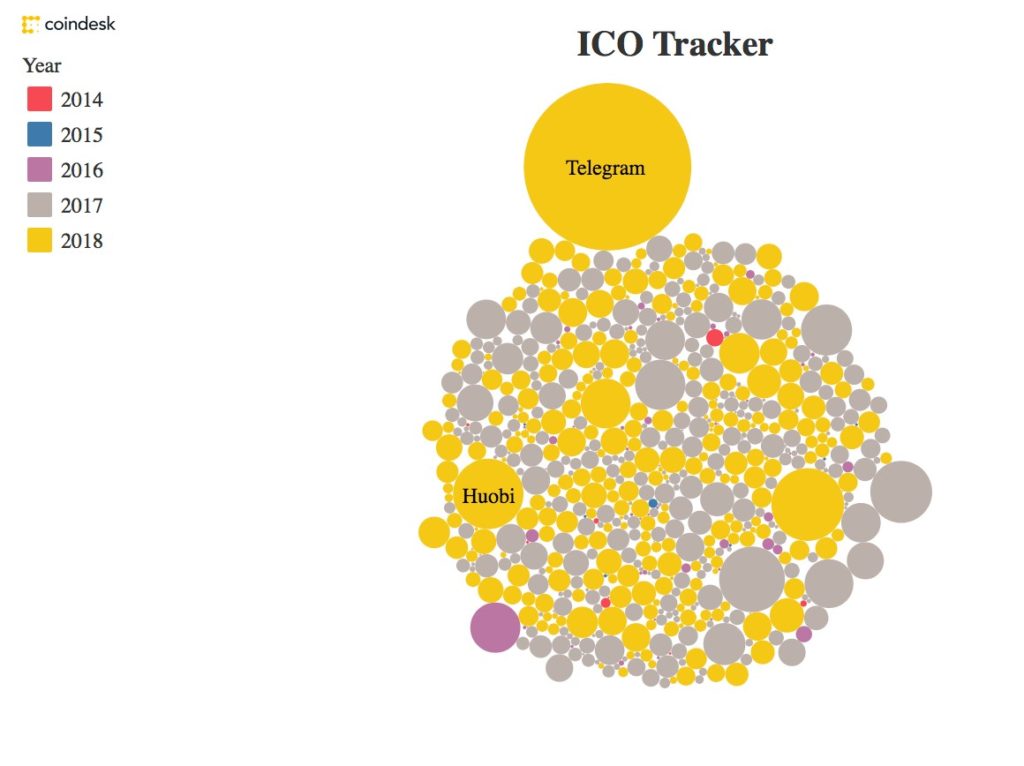 The bigger picture of cryptocurrencies

That is, there is a lot of investment coming in, even with cryptocurrency prices falling by over 50%.

Prices are not the interesting thing, but what’s exciting is what’s getting built behind.

As Sam told us back then, ‘the bigger picture here is that we are building an alternative financial system. Alternative infrastructure. Data, privacy, communications.’

And, that was also very evident during the conference.

One of the interesting comments about the blockchain was from Alan Kohler, a financial journalist.

As he told us, the creation of internet collapsed barriers of entry. Internet is open to everyone, and anyone can use it. Anyone can become a publisher, an influencer.

Yet while internet is open to anyone, it is hard to trust. I mean, you can see this in fake news. You can’t trust everything that you read or see on the net.

That’s why, while internet allows us to communicate with anyone, it doesn’t allow us to transact assets or money, unless the transaction is verified by a third party.

Blockchain adds trust to the internet

But that’s what blockchain does. It allows to spread the verification process among the many, adding a mechanism of trust to the internet.

And this could have quite an impact, at a moment when we are becoming weary of our own ‘trusted’ third parties. As he said:

‘[…] It is blockchain that’s interesting to me. And there is a whole wide range of opinions about this too.

‘I have read stuff recently that say it is the most overhyped technology in history and also that it will change the world. Now usually, with those kinds of extreme opinions the truth lies somewhere in the middle but I think with this it’s not that. Personally, I think it will change the world especially, now after the GFC and now with the royal commission in Australia. Obviously this is not a global royal commission but the banks are on the nose, suddenly the banks are not trusted.

‘I think that if an alternative to banks arises that can be trusted because the whole system pre-blockchain relies on trusted third parties. But if the third parties aren’t trusted then the field is open for something to come in that does not involve a trusted third party but involves technology. It involves peer to peer verification. And I think that is why blockchain is starting to become more and more likely. But it will probably take longer than you think, in ways that you don’t expect.’

The possibility of removing the need for a trusted third party and making processes more efficient is there.

Well, there is something else we also heard during the conference quite often, too. That is, the phrase ‘if we get this right.’

But to answer my initial question, in my opinion you are not too late. The time to get in is now.

Things are in the early stages, and only starting. It could all turn into nothing — that’s why you should only invest an amount you can afford to lose — but ‘if we get this right’ it could radically transform the way we do things.

The way it will happen and what it will look like is anyone’s guess.