This is How to Get Cheaper Healthcare Costs

Healthcare is expensive, especially in the US.

As you can see in the chart below, the US spends, on average, about double per person compared to other developed countries. 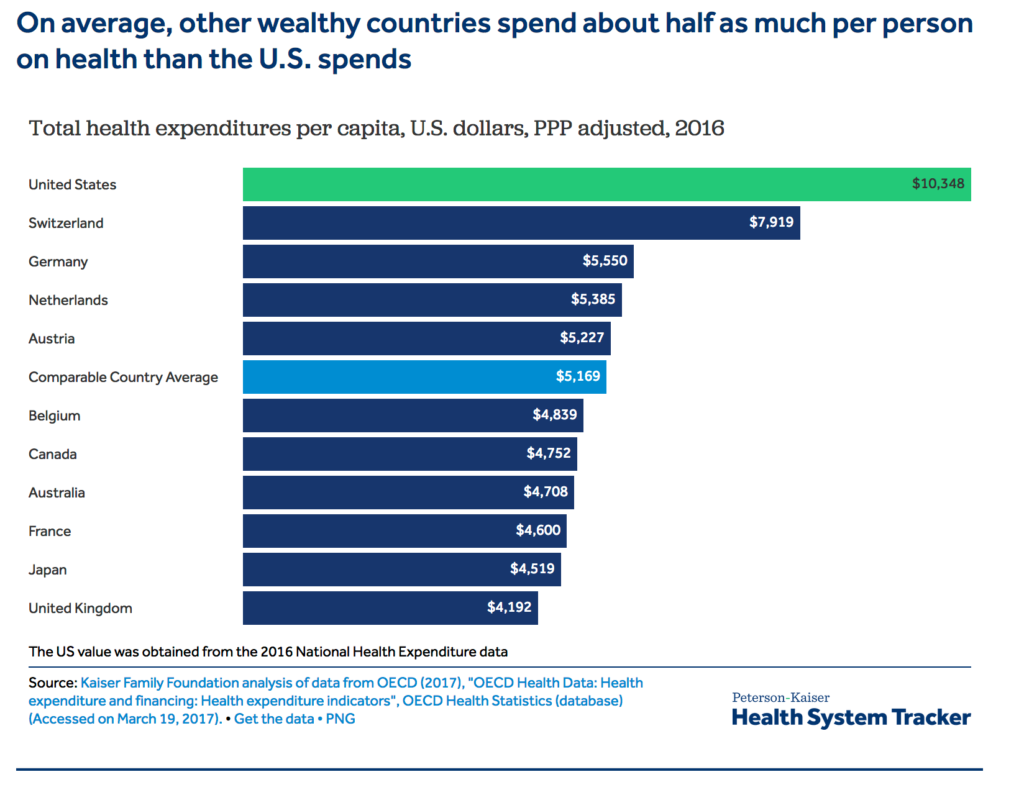 
Healthcare cost is one of the main worries for Americans, and these can add up.

According to a recent Kaiser Family Foundation poll, about a third of Americans say they are already having problems to pay their current medical bills. Of these, many are cutting back on basic household items, using their savings or taking an extra job to pay medical bills.

Almost half of Americans say they would find it difficult to pay an unexpected medical bill of just US$500.

In fact, as you can see in the graph below, people are finding it hard to afford health care…even with insurance. And that difficulty has increased in the last couple of years. 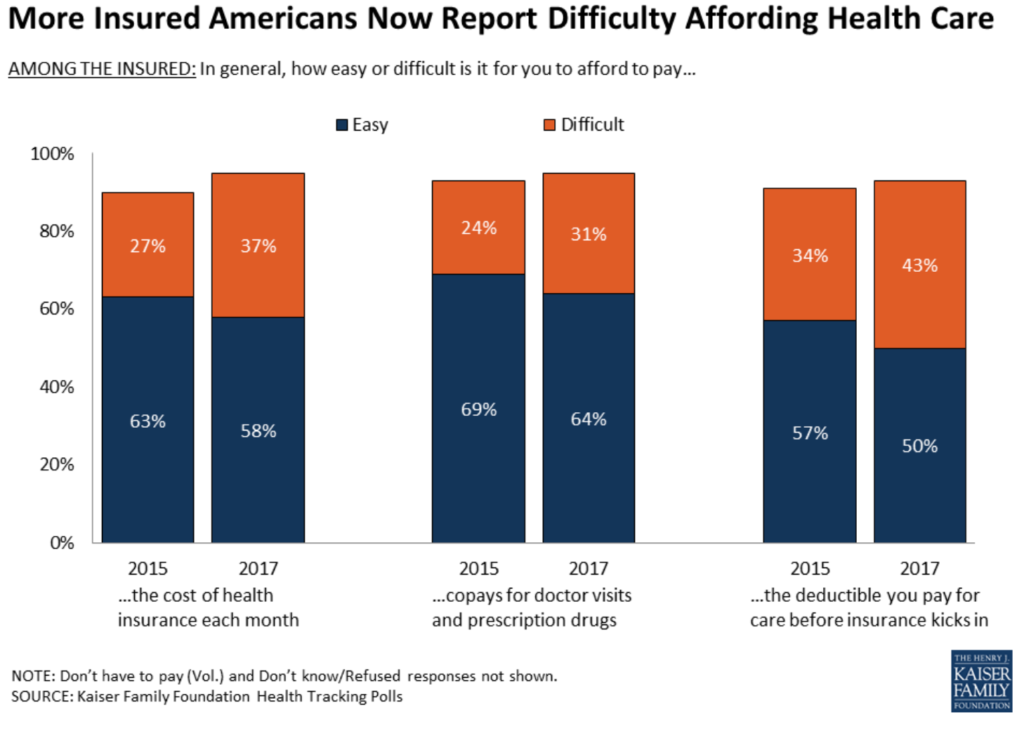 
That’s why some are putting off getting care. According to the poll, almost one in three Americans have delayed or skipped going to the doctor altogether because of the cost.

The thing is, as population in developed countries keeps ageing, and we live longer, medical costs can only get higher in the future.

One solution to lower costs could be using blockchain.

If you are not familiar with blockchain, it is the technology behind bitcoin.

We have seen blockchain applied to the financial industry. Yet it can be applied to any data intensive industry, like healthcare.

Blockchain is a shared ledger. Blockchain records and time stamps every transaction. It then puts the information on blocks. These blocks are then added to the blockchain to become a permanent record.

Every change is verified and shared across the network. That’s why nobody can tamper with these blocks without other users noticing it.

With blockchain, there is no need to have a central authority administering records. Instead of each medical centre having their own patient record, blockchain could provide a universal record. A shared set of records that gives doctors instant access to their patient’s medical history.

Blockchain could make a real difference in healthcare

Having a common database that doctors can have access to and contribute to would mean more efficiency. There would be less back and forth paperwork and resource spending.

Blockchain could also help reduce fraud costs. According to Global Health Care Anti-Fraud network, health care fraud can cost us US$260 billion or 6% of global spending.

And, it could mean higher security for your data. You may worry about where the information you post on Facebook ends up. Yet having your medical history well protected should worry you even more.

Security is a huge concern for the healthcare industry as patient data is quite sensitive.

According to the Office of the Australian Information Commissioner (OAIC), there have been 63 data breaches in Australia since February. One in four of those were from health service providers.

And data breaches can be costly.

As reported by Health IT Security, healthcare data breaches have the highest data breach cost. Each compromised record costs companies US$380, much higher than the US$225 average for all industries.

Here is also where blockchain can be useful. As a decentralised system, the information doesn’t sit in just one computer. Instead, it gets duplicated onto all the computers in the network, which makes it harder to hack.

Blockchain can also verify that a medicine is authentic. Fake medicine is quite a large problem. As The Australian recently reported:

‘According to the World Health Organisation, the counterfeit pharmaceutical industry is worth more than $75 billion annually. Producing and trading fake medicine is, reportedly 10 to 25 times more profitable than trafficking narcotics. The problem is so severe that Christophe Zimmermann, the anti-counterfeiting and piracy co-ordinator of the World Customs Organisation, stated there may now be “more fakes than real drugs in the market”.’

That’s why healthcare organisations are already looking at implementing blockchain solutions. And they may move in quickly.


The blockchain could bring more efficiency and reduced costs into the healthcare industry.