Ripple: The Other Crypto Investors Need to Know About

Ripple is an interesting cryptocurrency. Or, rather, it’s a ‘Real Time Gross Settlement System’ which provides a currency exchange and remittance network that independent servers validate.

Its coin is known as ‘XRP’, and a major feature is the ability to make immediate transfers with little or no fees. Its currency can’t be mined. There are a finite number of coins — 100 billion. And it has been popular with banks and institutions.

Take one look at this chart below of the Ripple (XRP) price between January 2021 and April 2021 — and you’ll be left with lots of questions in your mind. 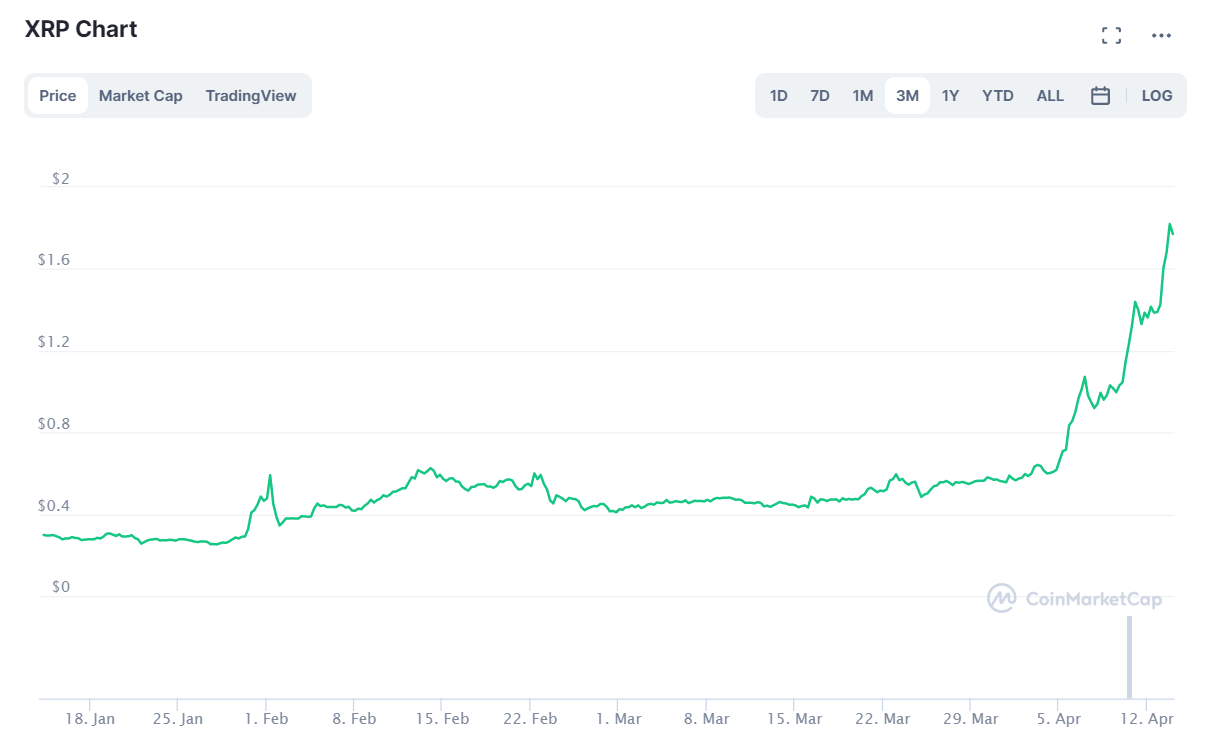 If a stock on the stock exchange were to dramatically increase at such a rate, the regulatory authorities might require an explanation.

However, as this is a cryptocurrency, that doesn’t apply. It’s not regulated the same way as securities.

Will it continue to rise? Is Ripple overvalued? What was the reason for the value to increase so dramatically?

The lawsuit against Ripple Labs

Originally, on 21st December 2020, the US Securities and Exchange Commission filed a lawsuit against Ripple Labs.

The SEC is trying to gather up to eight years of financial information from Ripple co-founder Chris Larsen and CEO Brad Garlinghouse. However, as of the beginning of April 2021, US Magistrate Judge Sarah Netburn has ruled in favour of Ripple and rejected the SEC’s attempt.

This is the second time the court has favoured Ripple, which was a win. This was partly the reason for the price increase.

On top of this good news, Ripple have applied to US District Court Judge Analisa Torres to permanently dismiss the SEC’s case completely.

Meaning, that if they are successful with this court appeal, the SEC may not be able to file further lawsuits against them in the future.

How Ripple reacted to the Coinbase IPO

Coinbase is a large cryptocurrency exchange — and it was the first to officially go public on April 14th 2021. It was listed on the NASDAQ.

This shone a really bright light on cryptocurrencies in regard to mainstream acceptance. It represents a leap forward. 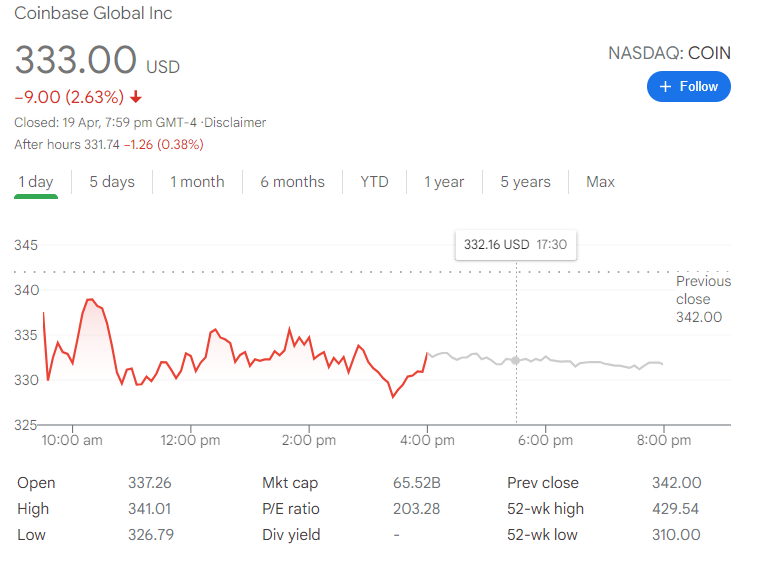 You can buy many cryptocurrencies on Coinbase.

Ripple (XRP) is one of them. 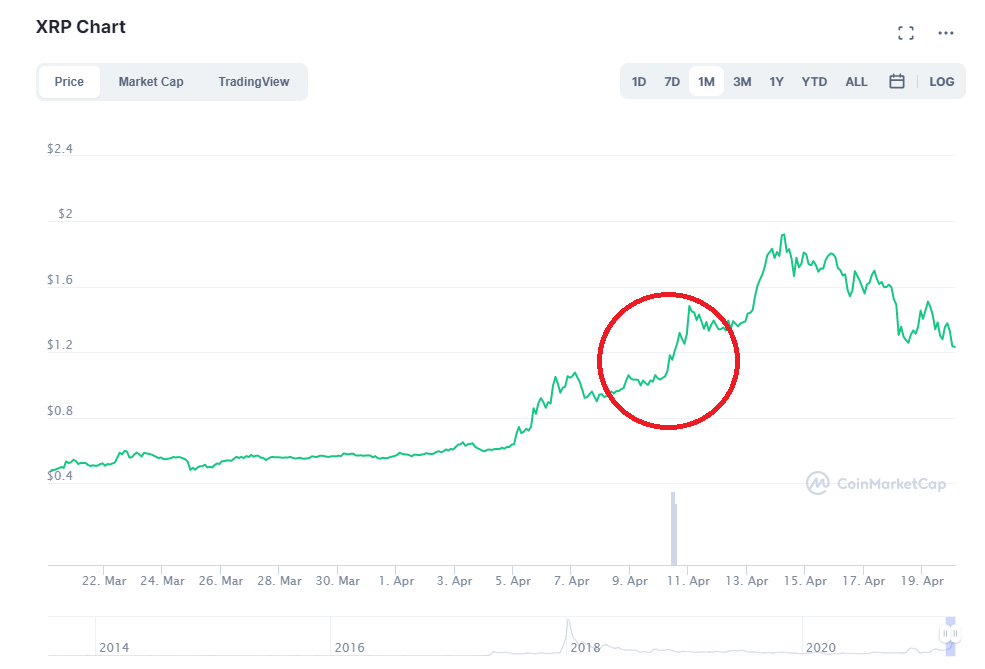 As you can see on the chart above, the price of XRP was going up. It peaked around the day before the official Coinbase IPO before it pulled back slightly.

With this pattern shown here, it indicates that the Coinbase IPO is likely to have had an influence on the price of XRP.

As I’d previously mentioned, they had a lawsuit filed against them.

To many people, it looked like the end of Ripple in the foreseeable future.

However, two court cases have been ruled in their favour. This has given Ripple investors courage. Courage that Ripple still deserves a place.

Also, Ripple has partnerships with renowned brands like American Express and MoneyGram. This may indicate that some large companies still see value in this cryptocurrency.

On that note, I’d like to reiterate the significance of the Coinbase IPO. It was the first cryptocurrency exchange to go public.

However, there are other exchanges which attract just as many visitors as Coinbase does. Take a look at this chart, which tracks weekly visits:

Now, since Coinbase has officially had an IPO, what would happen if other big cryptocurrency exchanges follow the same path?

It could potentially mean a lot for Ripple if those offering XRP as a medium of exchange decide to list.

But no one has a crystal ball on what will happen next.

The fact that XRP recently went from a value of US$1.90 per coin to US$1.18 within three days indicates a great deal of volatility.

Generally, owning cryptocurrencies of any kind carries a lot of risk. They are very speculative as investment instruments. They can swing heavily up or down within a very short time frame.

Ripple is an emerging cryptocurrency that I will continue to watch with interest.

(Disclaimer: This material is provided for as news and general information. It should not be construed as investment advice. The opinions expressed are the personal views and experience of the author, and no recommendation is made.)