Could This Alternative Cryptocurrency Hold a Prosperous Future?

When you hear the word cryptocurrency, you usually just think of Bitcoin.

Bitcoin is the most well-known and well-established one.

You don’t usually think about the alternative cryptocurrencies. It is understandable that you wouldn’t pay attention to them. There are over 5,000 cryptos, so not all of them are going to succeed.

However, there is one unique cryptocurrency that shows potential. It might just act as an alternative to Bitcoin. It is not like the others. It is centralised. It is immensely fast. It is not run on the blockchain. It validates transactions through a network of servers.

In November, this crypto has skyrocketed over 100% in value, and it has a market capitalisation of over $31 billion.

This crypto is called Ripple.

Could it be the next big thing?

American tech company Ripple Labs was responsible for introducing the Ripple protocol in 2012, along with their own currency, XRP.

Ripple sets itself apart from Bitcoin by using a real-time gross settlement system. Transactions using the Ripple protocol can be completed within 2 or 3 seconds.

Banks around the world have adopted Ripple’s payment protocol. As of 2018, over 100 banks have partnered with them — and more may continue to do so.

Not all banks have adopted Ripple’s currency, XRP, as some were concerned with the potential volatility. However, they were all interested in using Ripple’s payment protocol for making cross-border payments.

Ripple’s protocol was built with the intention to replace SWIFT. Although SWIFT still has significant infrastructure, it appears that Ripple has surpassed SWIFT’s abilities in speed and reliability when it comes to payment settling.

So, in this regard, many banks have decided to partner with Ripple and use what’s working really well instead of rebuilding their own SWIFT system.

Regardless of your company size, I think it’s important to realise that sometimes it’s quite impractical to build your own thing.

For instance, we all know how great Microsoft products are. So it wouldn’t really make sense to build your own Word processor. For efficiency, you just use what’s already there.

By that same logic, banks may potentially choose Ripple over SWIFT.

Mainstream companies using XRP tokens as a medium of exchange

Many companies around the world have adopted Bitcoin as a payment option.

However, there is a problem with this. Creating a Bitcoin transaction from one party to another is relatively slow compared to Ripple.

It usually takes around 10 minutes to confirm one part of the transaction.

This really isn’t too practical.

Ripple, on the other hand, successfully completes the whole transaction within 1 to 4 seconds.

That’s faster than your regular EFTPOS or a credit card transaction.

This has encouraged several companies to adopt XRP as a medium of exchange:

BitPay’s partnership with Ripple has really drawn my attention because there are well-known corporations that accept BitPay as a payment option:

Amazon is, of course, the largest online retailer in the world. Anything that they say, do, or implement has a big influence globally.

The fact that Amazon allows you to purchase gift cards in the XRP currency through BitPay could really mean something promising for the Ripple network.

Amazon clearly sees it as valuable, with a promising future.

Why has the price for XRP tokens skyrocketed over 100% in November?

Ripple started the month trading at US$0.24 per token.

It has since then skyrocketed above US$0.65. 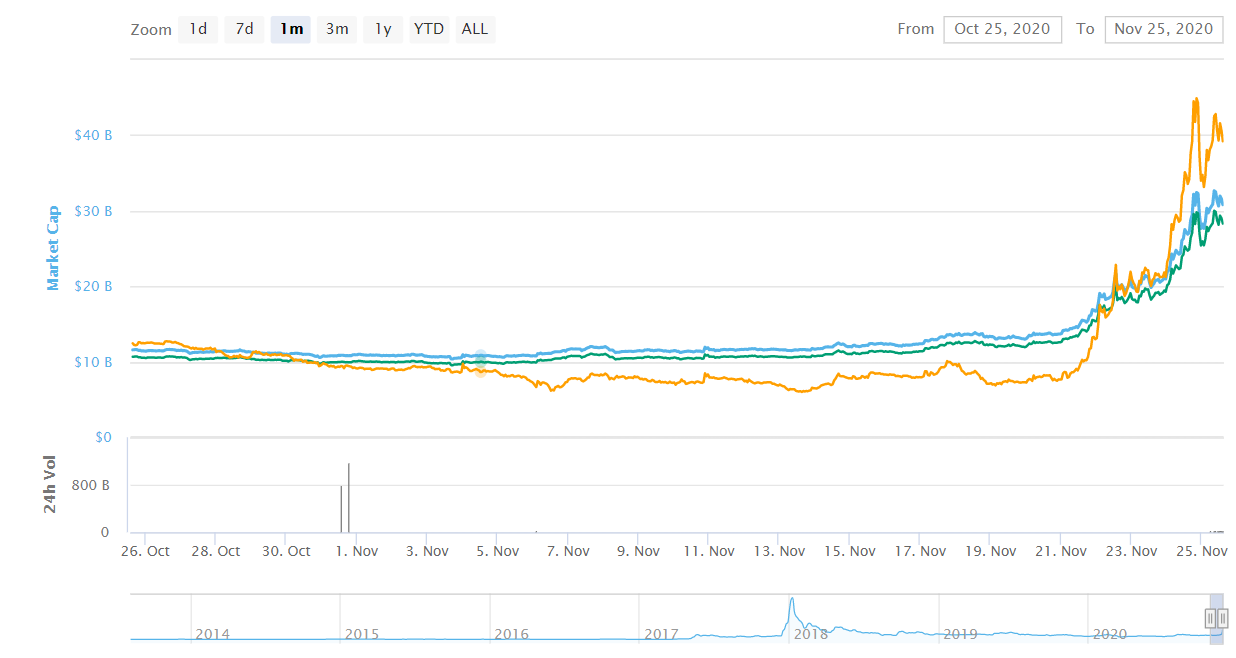 Ripple is moving at a surprising rate.

There were a few reasons behind this sudden price surge:

According to this chart, you can see during a period in November that there was a rise in the amount of unique addresses making transactions on Ripple’s network. As a result of this the price of XRP rose also. 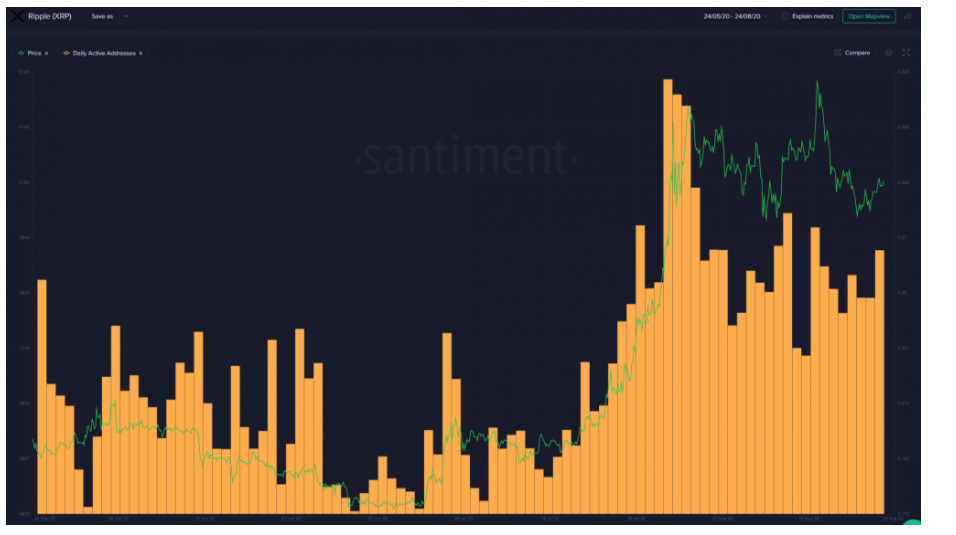 These three critical events may have boosted the price of Ripple, causing it to hit an all-time high in the last 16 months.

Could Ripple be another cryptocurrency which holds a prosperous future?

Or could it fail like some others before it?

We can only speculate and watch out for new developments.