The Legal Kind of Counterfeit Money

We were rattled yesterday. Elizabeth brought her entire English class over to the house.

It was a school outing…The kids crossed the river by the footbridge and walked the mile or so up to the house.

All went well…until, the kids noticed the grand piano in the living room (given to us by a friend). Then, they wanted to see someone play it.

They’d never seen a piano before or heard anyone play it.

‘I played 50 years ago…But I’ve only been back at it here for a couple months…and not very seriously,’ we protested.

But it was no use. The kids wanted to hear piano music. So, we launched into a few simple pieces of our own composition. (We still can’t read music.)

Fortunately, the old piano gives out a lot of noise…and the audience of 6- to 12-year-olds was not that demanding. They probably would have been okay with ‘Chopsticks.’

‘No one ever asked me to play the piano before,’ we said to Elizabeth after the performance. ‘I’ve only been asked to stop.’ 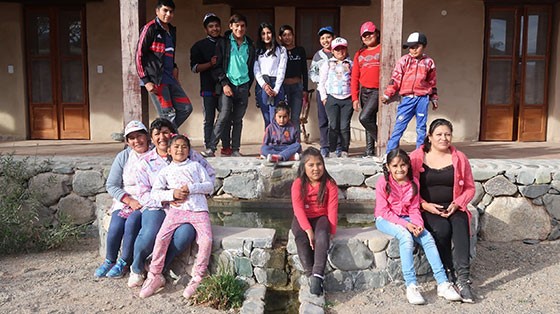 Elizabeth’s English class at our house

Meanwhile, back in America…

They may prevent catching or spreading an infectious disease…Although a report from the CDC found ‘no significant reduction in influenza transmission with the use of face masks.’

In any case, masks have nothing to do with patriotism.

Here at the Diary, we’re neither pro-Trump or anti-Trump…neither red nor blue…

We’re just agin’ claptrap, lies, and jackassery. And if it weren’t for counterfeit money, we propose, there would be a lot less of it all.

We saw what Kanye West has up his sleeve…including a $1 million giveaway to anyone who has a baby.

Right away, you know either that 1) the proposal is counterfeit…or 2) Kanye is not very good at math.

There are 4 million babies born in the U.S. each year. Already, that’s $4 trillion in baby payments. (Imagine how the fertility rate would soar in poor neighborhoods if they gave $1 million for each new baby!)

Where would the money come from?

Ah…that’s where the presses start to roll.

Fake money makes it possible to do things that really don’t make much sense. It is like a powerful drug that anesthetizes the brain while arousing base emotions.

Wanna give money to women for having babies? Why not?

Wanna throw your weight around on the world stage? Hey, that’s what an expensive army is for.

Wanna lock down the economy and give out $600/week unemployment bonuses? Or goose up Wall Street so the rich get richer? No problem.

Counterfeit money makes it possible for people to do a lot of obnoxious and numbskull things.

The COVID Lockdown is an example. Our estimate is that the total cost — lost output, Federal Reserve money-printing, federal deficits — will come to at least $10 trillion over a three-year period.

(The deficit for this year alone is supposed to be $4 trillion…with more rescue measures coming this week! And that doesn’t begin to compute the damage caused by the previous rescue measures…or the catastrophic inflation that follows.)

Now, suppose we had to pay for it with real money. That is, suppose the feds couldn’t just create ‘money out of thin air.’ Where would they get the funds? What would we do?

The Constitution presumes that the people’s representatives meet national emergencies — war, for example — by explaining to the voters why the project is important and then raising taxes to pay for it.

There are approximately 100 million households that pay federal income taxes.

So, to pay for the COVID War, that would mean each one of them would have to pony up $100,000 in additional taxes over the three-year period.

Obviously, that wouldn’t happen. But wait, maybe they could borrow the money?

Nope. Every penny they borrow will have to be taken away from other uses — consumption or investment — further depressing the economy and retarding a recovery.

So, what would actually happen in an honest money system?

When a new program is proposed — in this case a Universal Lockdown — the first question people would ask is this: How much will this cost?

Staggered by the price tag, they would then look for a better solution. And for the virus, that better solution was obvious within two weeks after the state of emergency was declared by Donald Trump on March 17…

It was then that the Italians noticed that old people were about 1,000 times more likely to die from the disease than children, and that people with ‘comorbidities’ should also lay low.

All the feds had to do was issue a warning to the vulnerable groups…and perhaps spend a few billion dollars helping old-age homes improve their defenses…and maybe a few more billion in income support to allow people at risk to stay home.

The Universal Lockdown would have been over almost immediately.

And the price tag could have been reduced from $10 trillion (again, not mentioning the financial disaster ahead) down to a very reasonable couple of hundred billion — which could have been easily cut from military boondoggles.

Instead, as many as 44 million people were put out of work…almost everybody’s freedom of movement was curtailed…restaurants, bars, gyms, schools were closed…

…and the COVID response became another counterfeit issue. Instead of reasonable people making reasonable compromises based on real cost/benefit tradeoffs…the cost was never even considered.

The pandemic simply provided more ammunition for the claptrap ‘culture wars,’ further distracting voters from the rip-offs, corruption, and incompetence of federal policies.