‘A [mountain] lion was wandering around your house last night,’ said Inez.

Inez is a charming and attractive woman of about 50 — and a grandmother — who comes over from the village. 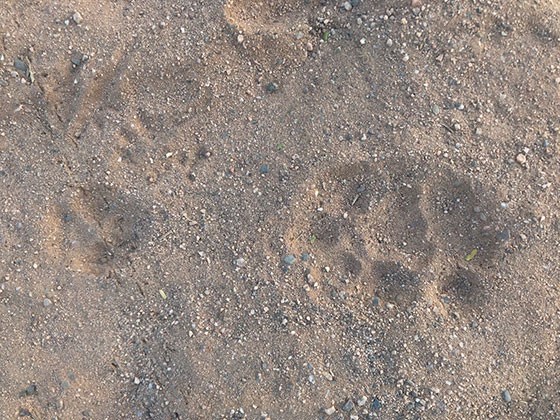 ‘But you don’t have to worry about them,’ Inez continued. ‘Lions are cowards. They don’t attack humans.’

Meanwhile, today, we’re going to do something different, something almost earnest.

Readers seem to appreciate it. Indeed, they prefer it to our unrelenting sarcasm and mockery.

And today, we begin with the most recent kvetch. When it comes to the C-virus, many readers don’t think we know what we’re talking about.

And of course, they’re right. All we know is what we read in the papers.

Some readers think we should defer to the expertise of Doctors Fauci and Birx; with their years of training, surely they are better judges of how to deal with a virus!

Other readers think we should defer to the ‘stable genius’ in the White House. After all, he’s the peoples’ choice; vox populi, vox Dei!

When it comes to the man in the White House, one of the most frequent complaints from Dear Readers is that we don’t show him the proper respect. Or even that we ‘hate’ him.

But that is a subject that deserves its own response, to which we will return another day.

As for the experts, we learned long ago that they have their bugaboos, prejudices, and axes to grind, just like everyone else. And sometimes, their expertise is simply false. Or even negative.

In economics, for example, the more expert you become, the more you are willing to believe things that couldn’t possibly be true…such as that a small group of technocrats in the Federal Reserve headquarters can do a better job of setting interest rates than millions of borrowers and lenders in the free market…

…and that the wise men and women of the Federal Open Market Committee know when prices are rising too fast or too slow, or when the economy ought to be growing or contracting (never!)…

Paul Krugman, with his ‘noble’ prize, is about as expert as you can get. But his views are nothing more than sophisticated claptrap.

Ultimately, that leaves us no choice. We have to try to connect the dots ourselves…and make sense of the news as best we can.

But let’s look at the criticisms of our COVID-19 views. Here’s one Gary M., who thinks we should defer to the authorities:

I am pretty disappointed in [Bonner’s] response to the way the Trump administration has handled the covid -19 problem. I think they have done a great job …Thank God Bill wasn’t in charge !!

Reader Vicki L. elaborated yesterday on why the lockdown is necessary:

In case you haven’t read, many people are dying and there are mass graves. The hospitals are overwhelmed. Human lives are important. Old, fat, and sick people matter. In fact, many people who die are young and healthy, it is not just those who are old, fat, or sick. The lives of front-line workers matter. They are put at risk when so many people come into the hospital sick.

Having covid patients in the hospital takes away from others who need hospital care or procedures for other reasons. We do not need to selfishly put anyone at higher risk–including old, fat, sick people, young, healthy people, existing patients, and healthcare workers.

Well, we have some questions for Vicki.

Almost all traffic deaths involve speeds over 31 mph. We could save 37,000 lives a year by reducing the speed limit to 30.

And as many as 60,000 people die each year from seasonal flu. Presumably, those lives could be saved by locking down the country every year…12 months of the year.

Why don’t we make the lockdown national…and permanent…and reduce the speed limit to 30 mph?

All lives matter…but we drive 70mph. We eat things that may have peanuts in them. We drink and quarrel. Make love. Go to war. We weigh the risks and take our chances.

The shame of the lockdown policy is that it imposes the costs of trying to save every last old, fat, diabetic codger on everybody, including lean, young college students.

People who have contagious diseases are often quarantined to protect the rest of us. But lockdown policies quarantine healthy people, those who should be free to live their lives as they see fit.

It is a little like putting women in jail to protect them from rapists.

Justice matters too. And freedom. And many other things we can’t begin to put a price tag on.

Yesterday came news that Donald Trump has ordered Tyson Foods to keep working. Spare ribs are hardly essential for the defense of the nation.

So, if the feds can use an infectious disease to force some people to work…and confine others to their homes…what can’t they do?

Also came news yesterday that Mayor De Blasio of New York threatened to lock up mourners at a funeral:

My message to the Jewish community, and all communities, is this simple: the time for warnings has passed. I have instructed the NYPD to proceed immediately to summons or even arrest those who gather in large groups. This is about stopping this disease and saving lives. Period.

But keeping people from attending funerals doesn’t necessarily save lives. Many epidemiologists believe it makes no difference at all.

The disease moves fast. Lockdowns are too slow and too imperfect to have any effect. Just look at the difference in the results…

California and Massachusetts both have similarly strict lockdown orders in place. But Massachusetts has 10 times as many fatalities.

And it’s not just about saving lives. We’re all going to die. It’s how we get there that matters.

It’s another to cower in our lonely homes, terrified of a bug…forgo the common pleasures of life…and then have the mud thrown down on our faces without a mourner in sight.

In early March, ‘flattening the curve’ seemed like a good idea. Faced with the sober scientists on one side…and the howling media on the other, we might have been tempted to lock down the nation, too.

We’re not really criticizing. As far as we can tell, the policy of the federal government was an honest mistake; we don’t know that we would have done any better.

But based on what we know now, it appears that our first impressions were wrong, and that the Trump Team, as well as most state governors, were bamboozled by the ‘experts’ into making a terrible blunder.

The virus helpfully targets a very narrow segment of the population — the old, the fat, the diabetic, and those with heart/lung conditions.

Your editor fits part of that description, so we’re happy to be socially distancing ourselves. But that’s no reason to shut down everybody else.

But wait. If we allow young people to go to work…and kids to go to school…when they come to visit us, we’ll die, right?

Well, just yesterday, yet another report undermined the case for a universal lockdown.

Children contract the coronavirus less often and with less severity than the general population, and there doesn’t appear to be cases of a child passing Covid-19 to an adult, according to a new report.

But those of us most at risk number only about one out of 20. So, rather than shut down the entire economy, a better course of action would have been just to shut down us!

Focus on the most vulnerable people…especially in nursing homes…making sure they are properly isolated and protected while the rest of the population goes about its business and acquires its ‘herd immunity.’

Subsequent revelations and analysis may prove this wrong, too, but that’s the way it looks now.

Is it traitorous to live overseas?…Do we ‘hate’ The Donald?…Are we a liberal or a conservative?