The officials have alerted us to ensure we have a month’s worth of necessities. Zelda and I have stocked up on red wine, whiskey, rum, vermouth, absinthe, white wine, sherry, gin, and lord, if we need it, brandy. Please pray for us.

—Fictional letter from F. Scott Fitzgerald, quarantined in the South of France, by Nick Farriella

The fever gets worse.

Friends in France say visits from children have been forbidden.

Seattle, says The Wall Street Journal, is a ‘ghost town.’

Stock markets are knocked out as investors realize how fragile the financial system has become. And the politicians and meddlers become delirious, making things worse.

As for the stock market, you know as well as we do. The entire ‘Trump bump’ has now been erased, with some of the most popular stocks down even more.

Will the feds rescue the economy?

The Federal Reserve is comatose after having exhausted its snake oil. Key rates are already at zero, more than 2% below the rate of consumer price inflation. But wait, here come two former Fed heads with more quackery…

The Financial Times published an appeal from Ben Bernanke and Janet Yellen:

The Fed could ask Congress for the authority to buy limited amounts of investment-grade corporate debt…The Fed’s intervention could help restart that part of the corporate debt market, which is under significant stress.

No mention was made of why it is under stress. That would have involved a confession.

Bernanke and Yellen pushed down rates so low that the ‘smart’ thing for corporations to do was not to save their money…but to borrow heavily, counting on a bailout in the next crisis.

Well, the crisis is here…and so is the bailout.

The mob, the chiselers, the connivers, insiders, delusional economists, and grifter cronies turn to the central government. ‘Touch us. Heal us. Give us more of that magic elixir — your fake money!’

The money is already on its way. Republicans and Democrats can never agree to cut spending but they increase it in a trice. Bloomberg:

But let’s continue the chronicle of our exile…

We are in the Northwest corner of Argentina, in the Calchaqui Valley.

The valley itself is sparsely inhabited. And it is bordered on both sides by deserts and high mountains…which are scarcely inhabitable at all.

Either way you go, you can only go on horseback…and it will take days before you reach another living soul.

In addition, we are on the far side of the rain-swollen Calchaqui River itself, reachable only by footbridge, involving a walk of a mile or so.

As a final protection, the fever has put us under house arrest, imposed by the local health authorities.

‘What luck…’ said Elizabeth yesterday. ‘We barely made it…but it’s so nice to be here.’

Everything is shut down. Flights are banned. There are roadblocks on the main drag up and down the valley. Foreigners are confined to houses and hotels. ‘Don’t go anywhere…and don’t accept any visitors,’ advised our lawyer.

We had scheduled several rendezvous with friends. All have been cancelled.

‘But we have everything we need here. We’re so lucky,’ Elizabeth repeated.

The view is magnificent. 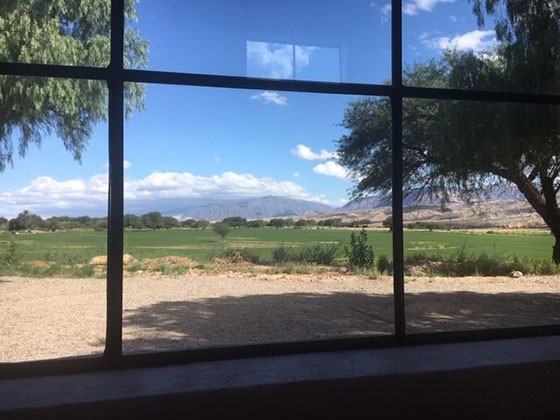 View from our office window

The house — though basic — is comfortable. We get water from a spring. Meat and vegetables are carried over from the farm. We heat with wood fires. And we have the financial news to amuse us.

We have also a fulsome supply of our own wine to help us through moments of doubt and despair. 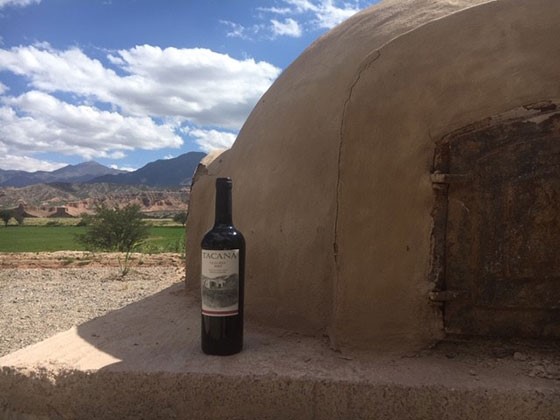 By the way, the wines of the Calchaqui Valley are unknown to most connoisseurs. But they are among the best in the world.

Our son, Will, set up a wine club to help the local winemakers sell them.

Back to the news…

Daily larceny by the feds

The authorities — with an election coming up…and perhaps mindful of their own finances — add more madness and larceny daily.

On Tuesday, the feds were promising each household $1,000. By Wednesday, the Trump Team had doubled it…some people would get $2,000, they said. The Washington Post:

White House officials are working with congressional Republicans on an emergency stimulus package that could send two $1,000 checks to many Americans and also devote $300 billion towards helping small businesses avoid mass layoffs, according to two senior administration officials and a Treasury Department fact sheet.

And a former Fed governor says we need even more stimulus. Narayana Kocherlakota:

Responding to this kind of protracted slowdown will require a bigger stimulus than the 6% of gross domestic product proposed by the administration.

Instead, policy makers should be planning for two years in which, in the absence of a fiscal intervention, the output gap will be significantly negative — possibly as much as 6% of GDP, or on the same scale as the recession caused by the 2008-09 financial crisis.

It’s going to take a much larger fiscal infusion to make up for that shortfall — something more on the order of $2.5 trillion rather than $1.2 trillion.

The best time to refinance?

But this is where it gets interesting. Imagine handing out $1,000 checks all over Baltimore. Perhaps they will simply give out cash at liquor stores. Surely, cocaine and firearm prices will soar.

Like every federal giveaway, the checks will do more harm than good. Most important, they will jolt the deficit beyond $2 trillion…destroy the bond market…and bring on the next awful phase of the crisis.

It won’t be just illegal drugs and handguns that go up in price, in other words — it will be almost everything.

Already, bonds are quaking in anticipation. And mortgage rates — which had dropped to an all-time low of 3.55% on March 2 — are now back over 4%.

And here is another major prediction: March 2 will prove to be the best time in history to have refinanced your house.

From here on out, interest rates will only go up…and the value of the fake dollar will go down.

Eventually, on some glorious day, you will say to your neighbors: ‘I’m paying 3.55% on a 30-year mortgage.’ In shock, envy, and desperation, they will laugh. Or weep.

Worst Recession Since 2008: Here’s Why Some Companies Will Prosper

This site uses Akismet to reduce spam. Learn how your comment data is processed.