From Riches to Rags: Kiwis Who Squandered their Wealth

Living within your means is not just a concern for those with tight budgets. Even the rich can fall into the trap of spending more than they can afford.

We’ve all heard the stories about lottery winners who lost it all because they didn’t know how to manage their finances.

And it’s not just those who come into a sudden windfall who fall victim.

If you followed the recent Johnny Depp saga, involving a lawsuit with his former business managers, you’ll know about his money troubles. The suit alleges that the star’s extravagant lifestyle cost more than US$2 million a month to maintain. And despite earning an estimated US$650 million on films, there’s almost nothing left.

And he’s just one of a long list of celebrities with similar issues.

Here in New Zealand, there are numerous examples of squandered fortunes, whether through failed investments, or over-the-top spending.

The rugby superstar who died penniless

When he died at just 40 years old, he was broke.

How did this happen?

After retiring from rugby, he had faced a diminished earning potential. This, combined with high medical costs, failed businesses, divorces, and a penchant for luxury cars, was the recipe which spelled the end of his fortune.

His family was left with nothing after he died. Stirring controversy for some, a trust was set up, funded by public donations, to provide for Lomu’s children.

The infomercial queen who lost everything

Suzanne Paul is a bit of a cultural icon in New Zealand. Starring in infomercials for her natural-glow face powder with ‘thousands of luminous spheres’, she became a well-known television personality.

She grew up in the UK with a poor, working-class background. When she arrived in New Zealand in 1991, she had just $18 with her.

With an entrepreneurial spirit and plenty of determination, she became a multi-millionaire within just five years.

Since then, Paul has been working hard to rebuild her empire. [openx slug=inpost]

After 14 years on the show, he was written out.

Burnett had earned a good salary on Shortland Street, but made the choice to spend it all. This would prove to be his biggest financial mistake.

After leaving the show, he struggled to find work, and accumulated debt.

One year later, he was bankrupt.

Since then, Burnett returned to Shortland Street, but this time around, as a boom operator.

From high society life to the dole

Larry Woods is an American who relocated to Auckland with his Kiwi wife, Suzanne Douglas (sister of former Minister of Finance, Roger Douglas).

In the 1980s, they made millions from the success of their vitamin company.

But Woods was quick to waste his fortune, spending up large on a Rolls-Royce, personal chauffeurs, and a hedonistic party lifestyle.

In the ‘90s he couldn’t keep up his success. A court dispute was the final straw which took him from multi-millionaire to broke and on the dole.

Today, he is known for shining shoes on the streets of Auckland.

How to avoid a similar story

Whether you want to build wealth or protect it, sometimes it pays to go back to basics and remember these key principles:

If you earn more but increase your spending by the same amount, you will never grow your wealth.

Instead of blowing everything on a spending spree, plan to save a portion of your income. The faster you want to grow your wealth, the more you will need to save.

Some investments are riskier than others.

When putting money into a high-risk investment, it shouldn’t be more than you can afford to lose — because losing it is a very real possibility.

You know the saying — Don’t put all your eggs in one basket. Risking it all on one investment is an unwise move. Spread your investments, spread the risk.

As the stories above demonstrate, bad financial habits can put a fortune in peril. Many mistakes can be avoided by following these simple rules. Ignore them at your own risk… 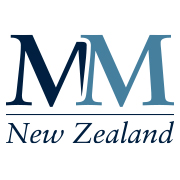 The Money Morning team is made up of investment editors with a wealth of knowledge in the financial markets and other industries. We aren’t afraid to ‘tell it like it is’. Our goal is to be bold and different; to bring you opportunities that most mainstream sources miss. Our sincere hope is that we'll be able to help you become a smarter, richer and more successful investor.