Rich but Unhappy: Don’t Let This Be You

‘Love and work are the cornerstones of our humanness.’

Some years ago, I listened to Tony Hsieh read the audio version of his book, Delivering Happiness: A Path to Profits, Passion, and Purpose. It is an inspiring read (or listen) for anyone interested in entrepreneurship. 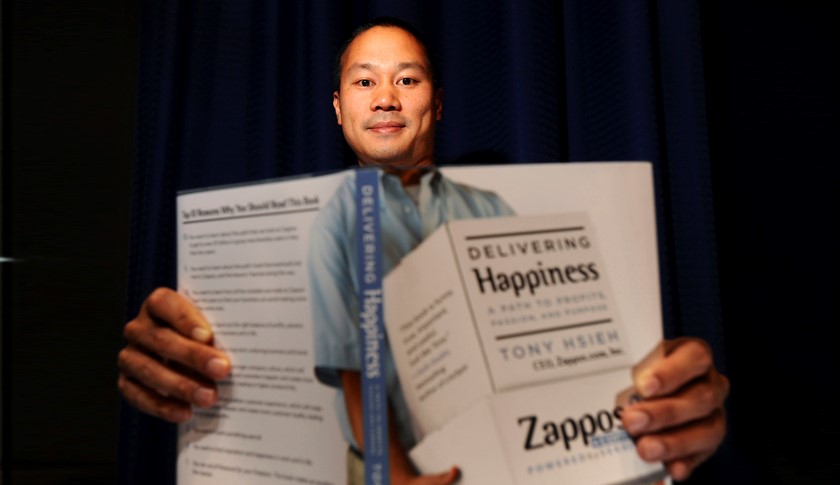 I found it particularly useful. Hsieh and I are roughly the same age. And many of the customer-care focused strategies he instigated at Zappos, we aim for today at Wealth Morning.

Hsieh co-founded an advertising network business in the early days of the internet — LinkExchange. Sequoia Capital invested $3 million. And in 1998, the business was sold to Microsoft for $265m.

Using his share of the windfall, Hsieh co-founded Venture Frogs. An incubator and investment firm. This led him to an investment in shoe e-tailer Zappos, where he would serve as CEO from 1999 to 2020. During that time, Amazon [NASDAQ:AMZN] acquired Zappos in a deal worth around $1.2 billion. Hsieh is said to have made at least $214m from the deal.

This is a tragic story. He was 46. Had just stepped down as CEO of Zappos. And left no will.

It seems semi-retirement didn’t bring out the best in Hsieh. Those close to him said he grappled with the isolation of the Covid pandemic. His drinking increased. And he began experimenting with drugs such as mushrooms and Ecstasy.

Friend Philip Plastina said, ‘Things were falling apart for him.’

Meanwhile, another unnamed friend said Hsieh had become fixated on starving his body of food and oxygen. Allegedly using nitrous oxide — laughing gas. But Hsieh had been making plans to check into a rehab clinic in Hawaii.

During the last days of his life, he was reportedly staying in Connecticut with long-time girlfriend and former Zappos executive Rachael Brown.

He was in a shed attached to the home, apparently using a heater to lower the oxygen level. When a fire started, an emergency worker was heard telling others that Hsieh was barricaded inside.

He eventually died from smoke inhalation.

The remarkable contributions Hsieh has made to entrepreneurship and the city of Las Vegas are well-documented.

But the real question for Wealth Morning readers has to be this: How could such a wealthy and successful investor descend so quickly into ‘falling apart’?

Wealth can give you options, but it can also undermine you

In 2011, Boston College’s Center on Wealth and Philanthropy conducted a survey of very wealthy households. The average net worth per household was $78m.

Let me share some of the most interesting findings with you here:

The upshot of the study is that wealth as a generator of happiness or life satisfaction barely makes the list. Positive relationships and satisfaction in work are far more valuable.

Psychologist Robert Kenny, one of the survey’s architects, notes the Freudian dilemma. ‘Freud was right,’ he says. ‘Love and work are the two things you have to do in life. And great wealth often undermines both.’

I had rather hoped Tony Hsieh might’ve had time left to write another book. I would’ve read it. Or listened.

Delivering Happiness: A Path to Profits, Passion, and Purpose was written in 2010.

This more recent story serves as a warning.

How quickly purpose may be lost. Relationships misconstrued. While wealth hastens a fall into the abyss.

Invest wisely. We can make money in the markets. Which is useful work. But the markets care for no one.

Your best ‘growth positions’ will likely be in quality relationships. And hard but satisfying work.